Impeachment would be a terrible thing for our country. We have another option. 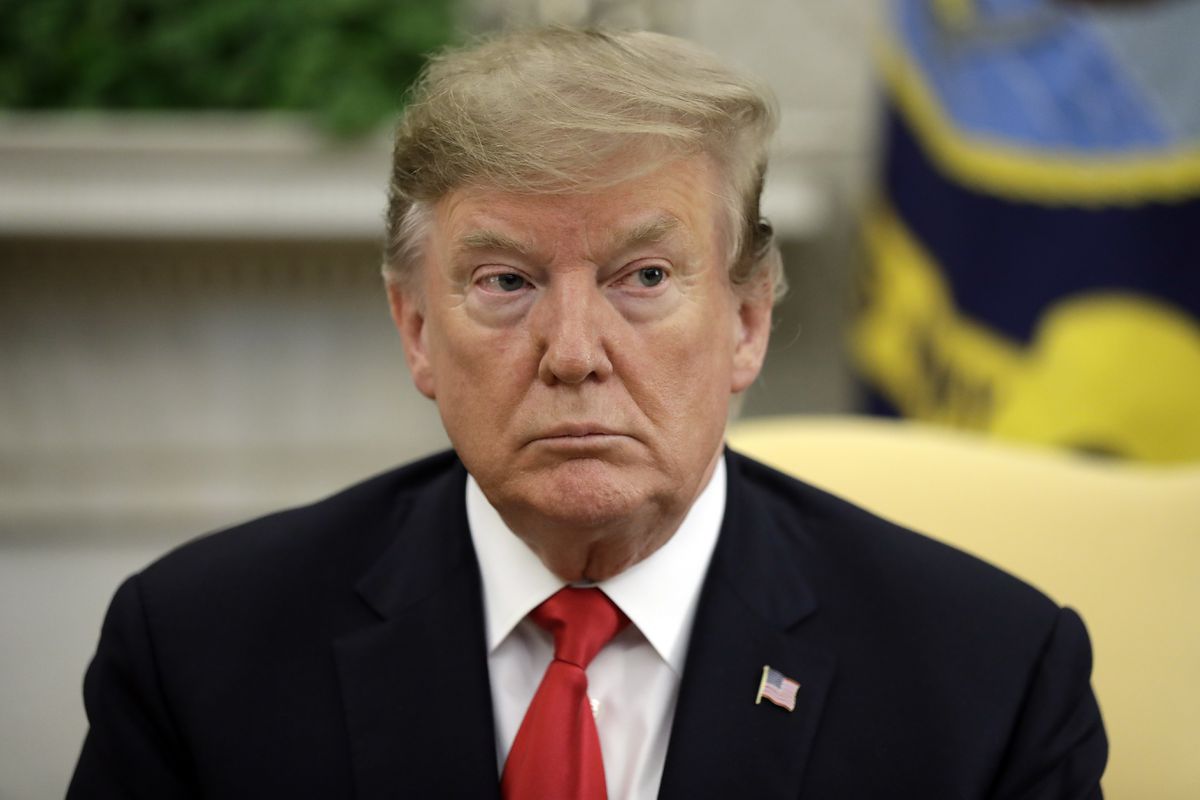 President Donald Trump should not be impeached. It would be a terrible thing for the country.

This is not because he doesn't deserve it. The long-awaited report by special counsel Robert Mueller has provided a devastating inside look at Trump's White House, where he has created a culture of recklessness and deceit.

More than two years of admirably accurate investigative reporting on the part of the media - the same accounts that the president so often labeled "fake news" - gave the country a basic outline of how this presidency operates.

But the sworn testimony that Mueller compiled from insiders revealed that Trump has created, as my colleagues Philip Rucker and Robert Costa wrote, "an atmosphere of chaos, dishonesty and malfeasance at the top echelons of government not seen since the [Richard] Nixon administration."

With Mueller's decision not to charge the president with a crime - preordained not by the weight of the evidence, but by the Justice Department's long-standing view that a sitting president cannot be indicted - he has left it to Congress to determine what to do with the bill of particulars he put together.

"The conclusion that Congress may apply the obstruction laws to the President's corrupt exercise of the powers of the office accords with our constitutional system of checks and balances and the principle that no person is above the law," he wrote.

Mueller's report amounts to an invitation to - and roadmap for - impeachment.

It is important to remember that this would be a political, not a legal, adjudication. The Constitution does not define what constitutes the "high crimes and misdemeanors" that merit removal from office; they are whatever Congress deems them to be.

But doing it at this particularly tender moment in our history is something that lawmakers should resist.

Even a successful impeachment by the House would come screeching to a halt in the Republican-controlled Senate, where chances of the constitutionally mandated two-thirds vote it would take to convict are virtually zero. The only thing the exercise would accomplish is further inflaming both the president's political base and the opposition.

What's more, the process would probably take a year or more, during which the country would become not only more deeply divided, but thoroughly preoccupied, as anyone who was sentient during the 1998-99 impeachment saga of President Bill Clinton will recall.

All of this would take us right into the height of the 2020 presidential campaign season, when voters will be given their opportunity to say directly whether they believe Trump is fit to occupy the Oval Office.

As I've traveled with a number of the Democratic candidates in the early states, I have been struck by how infrequently the subject of the Mueller investigation has come up. The crowds are large and enthusiastic, eager for the contest to get underway, but seem far more interested in hearing about issues such as health care, jobs and the environment, which have a more direct impact on their own lives.

This is the debate that needs to happen - and that would be smothered if the election becomes a referendum on impeachment.

Nor would this missed opportunity be the only danger.

One of the features of Clinton's character, both a flaw and a survival skill, was his ability to "compartmentalize" - to attend to the business of his presidency even as it was teetering on oblivion. That is one reason his job approval reached its highest point in the Gallup poll - 73 percent - the same week the House voted to impeach him in 1998. (It is also worth noting that the Republicans lost five House seats in the midterm elections that year, largely in punishment for an overreach that nearly cost them their majority.)

What we have seen from Trump is the opposite, both in his public behavior and the behind-the-scenes accounts in the Mueller report; under pressure, he becomes more erratic and reckless, prone to pushing legal boundaries and making policy pronouncements by tweet.

That the president did not succeed in his efforts to obstruct Mueller's investigation, the special counsel wrote, was "largely because the persons who surrounded the President declined to carry out orders or accede to his requests." But there are fewer and fewer of those non-sycophants around him.

None of this is to argue that Trump should not be held accountable for his actions, or that Congress - which has a constitutional duty to provide oversight of the executive - should do nothing in the wake of Mueller's devastating report.

But there is another option: Either house, could, with a majority vote, formally censure Trump, something that has not happened to any chief executive since the Senate censured Andrew Jackson in 1834.

While this would be dismissed in some quarters as merely a symbolic act, it would be a historic rebuke of the Trump presidency - and would, properly, leave it to the voters to decide whether they have had enough of it.