Unlearning the lessons from Chernobyl 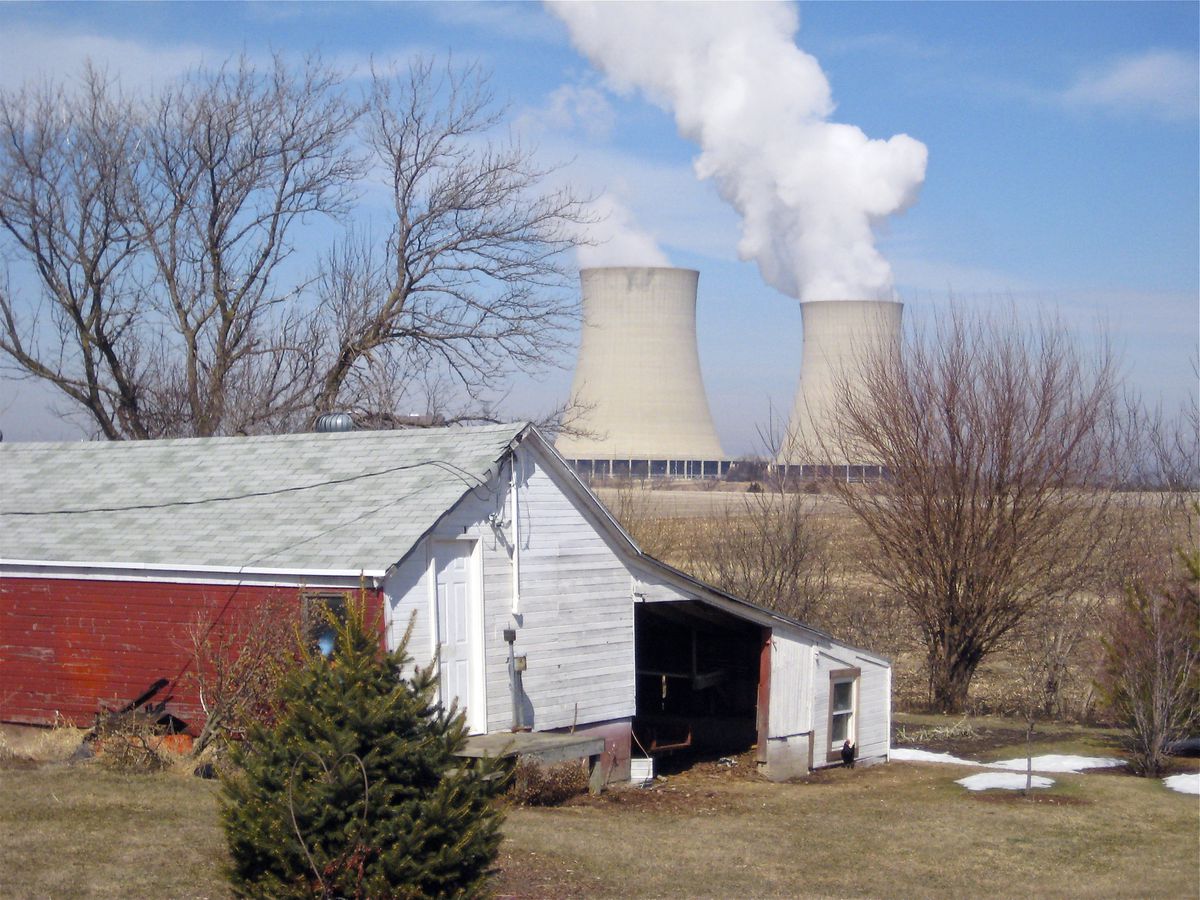 FILE - In this March 16, 2011, file photo, steam escapes from Exelon Corp.'s nuclear plant in Byron, Ill. The nuclear power industry is pushing the Nuclear Regulatory Commission to cut back on inspections at nuclear power plants and throttle back what it tells the public about plant problems. (AP Photo/Robert Ray, File)

FILE - In this March 16, 2011, file photo, steam escapes from Exelon Corp.'s nuclear plant in Byron, Ill. The nuclear power industry is pushing the Nuclear Regulatory Commission to cut back on inspections at nuclear power plants and throttle back what it tells the public about plant problems. (AP Photo/Robert Ray, File)

Five years after the Chernobyl disaster, in the summer of 1991, the last summer the Soviet Union was still in existence, I visited Ukraine. I trekked out to the 20-mile exclusion zone - it had been cleared of all people after the accident - together with some local environmental activists. We brought Geiger counters, which indeed ticked upward as we got nearer to the reactor, but not in any way that was conclusive. We also talked to a local doctor, whom I remember as not very forthcoming. Some people told us of two-headed pigs and mutated cows, but others dismissed them as rumors.

In fact, it wasn't possible to learn that much about Chernobyl when you were at Chernobyl five years after the accident. The number of deaths was disputed, even then, and it remains so now. As I wrote at the time, the official number then was 31; the scientific director of the exclusion zone thought the number was closer to 7,000; other Soviet nongovernmental organizations used much higher numbers, speculating that early deaths as a result of the accident would hit 300,000. Those figures have changed, but the range hasn't. There was no way to be certain of the fatalities then, and there still isn't now. Nobody had measured the radiation at the time of the explosion; nobody kept track of the people who had been evacuated to new homes all over the country; nobody even knew the fate of the soldiers and plant employees who had taken part in the cleanup.

Anyone who has watched HBO's recent brilliant five-part series, "Chernobyl," or read Serhii Plokhy's prize-winning 2018 book, "Chernobyl: The History of a Nuclear Catastrophe," knows that there were deeper problems, too. Layer upon layer of lies and falsehoods surrounded the accident from the beginning. First the reactor's leadership, then the Soviet leadership, covered up the explosion. Later, they tried to cover up the human errors that led to the disaster. That was why measurements were not made, assessments were not completed, victims were not informed.

In due course, the extent of the lying created a further problem: Trust in Soviet institutions - medical, scientific and political - plunged, especially in Ukraine. Rumors replaced information. Conspiracy theories replaced explanations. As a result, Chernobyl became an important inspiration for the nascent Ukrainian independence movement; Chernobyl also persuaded the last general secretary of the Soviet Union, Mikhail Gorbachev, to launch his program of glasnost, or openness. He thought that if Soviet institutions began to tell the truth, other Chernobyls could be avoided, and the Soviet Union would remain intact. Instead, it melted down, too.

Although more than three decades have passed since the explosion sent waves of radiation into the atmosphere, there is now no shortage of people who want to talk about it, read about it, watch dramatizations of it. A Chernobyl fan subculture thrives online. But this is unsurprising because we live at a moment when the lessons learned from Chernobyl are being unlearned. Inside Russia, the culture of official lies has returned: There have been calls to ban the HBO series on the grounds that its portrayal of Soviet incompetence, mendaciousness and venality is somehow an insult to modern Russia and to the memory of the Soviet empire. Because national honor is more important than truth, a Russian television station, NTV, has commissioned its own series. This one will not tell the actual story, of course. Instead - surprise! - it will claim that the whole thing was the fault of the CIA.

But Russia is not the only country in which science is suspect, conspiracy theories multiply and politics is a series of coverups. In President Donald Trump's Washington, scientific advisory panels are being cut. Environmental rules designed to protect the public from dirty air and pollution are being rolled back. Positions at environmental regulatory agencies, once held by people with scientific expertise, are now routinely held by people who come from the industries being regulated; once they are done with government service, they are almost certain to go back to those industries and reap their rewards.

Most of this happens not in secret but in silence. The president does not advertise what he is doing but instead distracts the public with his attacks on actresses and foreign mayors while he retweets conspiracy theorists. We don’t live in a culture of censorship, such as the Soviet Union’s; we live in a culture where there is too much information, where words are drowned out, not banned, and important ideas and events are ignored. We are lucky, very lucky, that no catastrophe, nuclear or otherwise, has yet blighted the country. Because if one does, we may discover the collapse of trust is so great that we are no longer prepared.

Anne Applebaum is a Washington Post columnist, covering national politics and foreign policy, with a special focus on Europe and Russia. She is also a Pulitzer Prize-winning historian and a professor of practice at the London School of Economics. She is a former member of The Washington Post’s editorial board.

Anne Applebaum writes a biweekly foreign affairs column for The Washington Post. She is also the Director of the Global Transitions Program at the Legatum Institute in London. In 2004, she received the Pulitzer Prize for General Nonfiction for her book “Gulag: A History.”