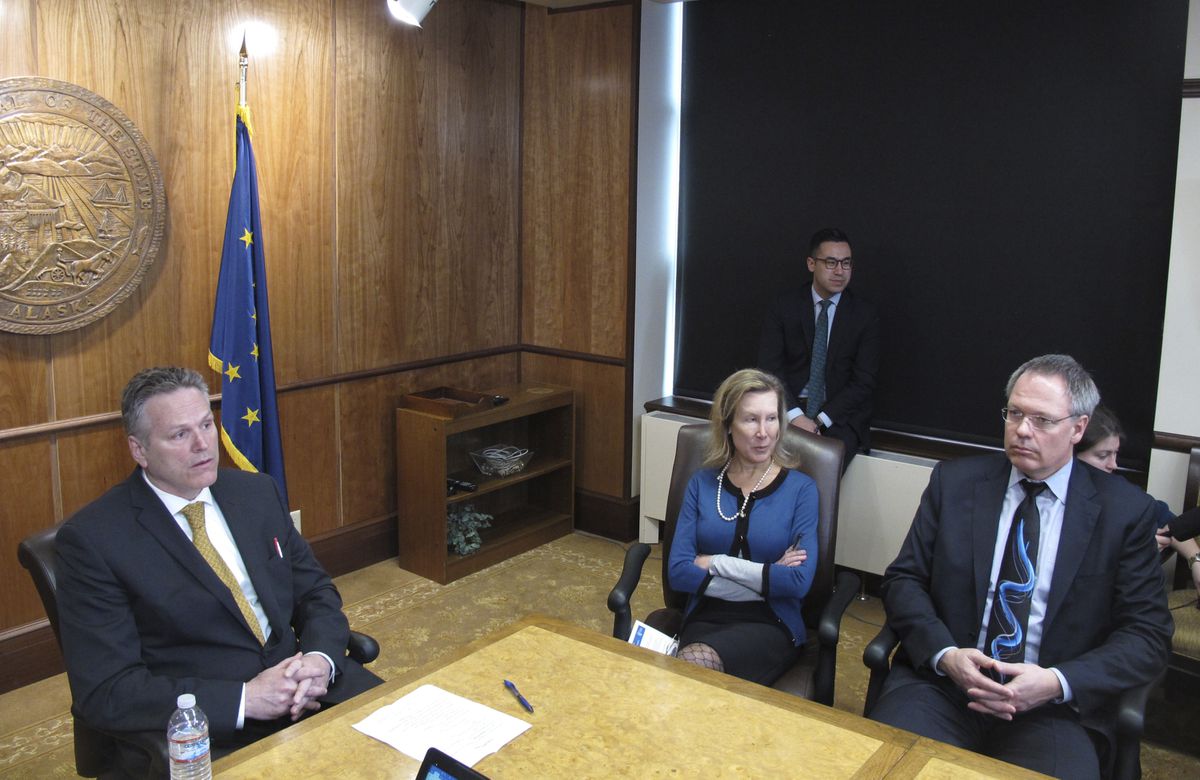 When Gov. Mike Dunleavy announced his $444 million in vetoes in June, it was clear that he had paid no attention to the hundreds of hours of committee hearings and the testimony by thousands of Alaskans.

As temporary budget director Donna Arduin put it this week in a radio interview, “Everything that he vetoed was just vetoing back to his proposals” released in February.

It’s no surprise that Arduin didn’t listen or learn from what Alaskans had to say about the budget. She was hired from Outside for her ideology, assigned to cut the budget without regard for the impact on our state. Nothing Alaskans can say will cause her to change her mission.

Her boss is in a different category. Dunleavy should be listening. He isn’t.

The Legislature spent thousands of hours reviewing the Dunleavy budget and made many compromises, creating a reasonable budget that bipartisan majorities in the House and Senate approved. The governor rejected those hard-fought compromises, all of them reached after a great deal of public involvement.

He went back to his original budget, which had no public involvement in its creation, fashioned by the temporary budget director without regard for Dunleavy’s campaign promises or the opinions of Alaskans.

Legislators from both parties spoke eloquently and in great detail Wednesday and Thursday about the economic and political damage likely from the Dunleavy vetoes.

One of the most compelling speeches was that of Sen. Natasha von Imhof, an Anchorage Republican and a fiscal conservative.

She said it’s scary that no one in the Dunleavy administration seems to understand the full impact of the budget cuts and the implications for Alaska.

Arduin, the head of the Office of Management and Budget, has not provided information to legislators or the public on the impact of the budget cuts made by the Legislature, the $444 million in vetoes or the hundreds of millions removed by the so-called “sweep” decision by the governor. The latter fiasco has led to a suspension of state scholarships and may impact other programs.

“When we ask OMB to present the impacts of the vetoes to Senate Finance, like we did yesterday, they tell us they are busy. Their apparent excuse was, they are still analyzing the veto impacts. Unacceptable. What I can’t understand is how we have arrived at this point after seven months,” von Imhof said Wednesday.

“And we in this body still cannot get real answers to real questions. The time for campaign rhetoric left this room a long time ago. Our future is on the line and we cannot even get basic answers regarding the administration’s analysis of the impacts of these huge reductions in state spending. Again. Unacceptable.”

I agree with von Imof that Alaska needs a governor who “creates hope, inspiration and confidence in our future. We need a governor that understands economics and finance, who understands how the private sector and nonprofit sector, as well as the education sector, all fit together to drive the engine of our economy. “

The lack of analysis has been a problem with the Dunleavy/Arduin budget from the start. There is little doubt now that concealing the impact of the budget was the plan all along. It is unacceptable.

In February, there was no analysis, but promises from Arduin that state economist Ed King would explain the impacts at a future date. “When the economist is here he will present the analysis that he has available,” Arduin said Feb. 14. But there was no detailed analysis.

In March, the administration did its best to confuse every legislator with an extended lecture on economic theory that never got into the details. King is now gone from the administration and has a contract with the state studying oil taxes, the Anchorage Daily News reported.

Any real analysis would have drawn unwelcome attention to the elimination of thousands of jobs across the state and how everything from emergency shelters to the arts would be impacted by these decisions.

The research would look at whether ending dental care for poor people would lead to bigger costs when bad teeth turn into a health care emergency for a Medicaid patient. And how cutbacks in education would make Alaska less desirable for private investment.

Von Imhof predicted that the vetoes will cost Alaska far more than would be saved.

She said emergency room visits will increase by cutting Medicaid in excess of $100 million. Crime will increase as programs for the homeless are cut and people get more desperate. Bright young people will leave the state to seek jobs elsewhere and companies will have to pay more to recruit workers from Outside. Unemployment costs will skyrocket and drug abuse will become worse with the shutdown of some recovery programs.

I’m afraid she’s right about all of that. Alaskans warned about these dangers over the past several months in their public testimony, but the governor has refused to listen. All because, as the temporary budget director says, “Everything that he vetoed was just vetoing back to his proposals.”