Matt Lauer and the problems with his ‘consensual sex’ defense 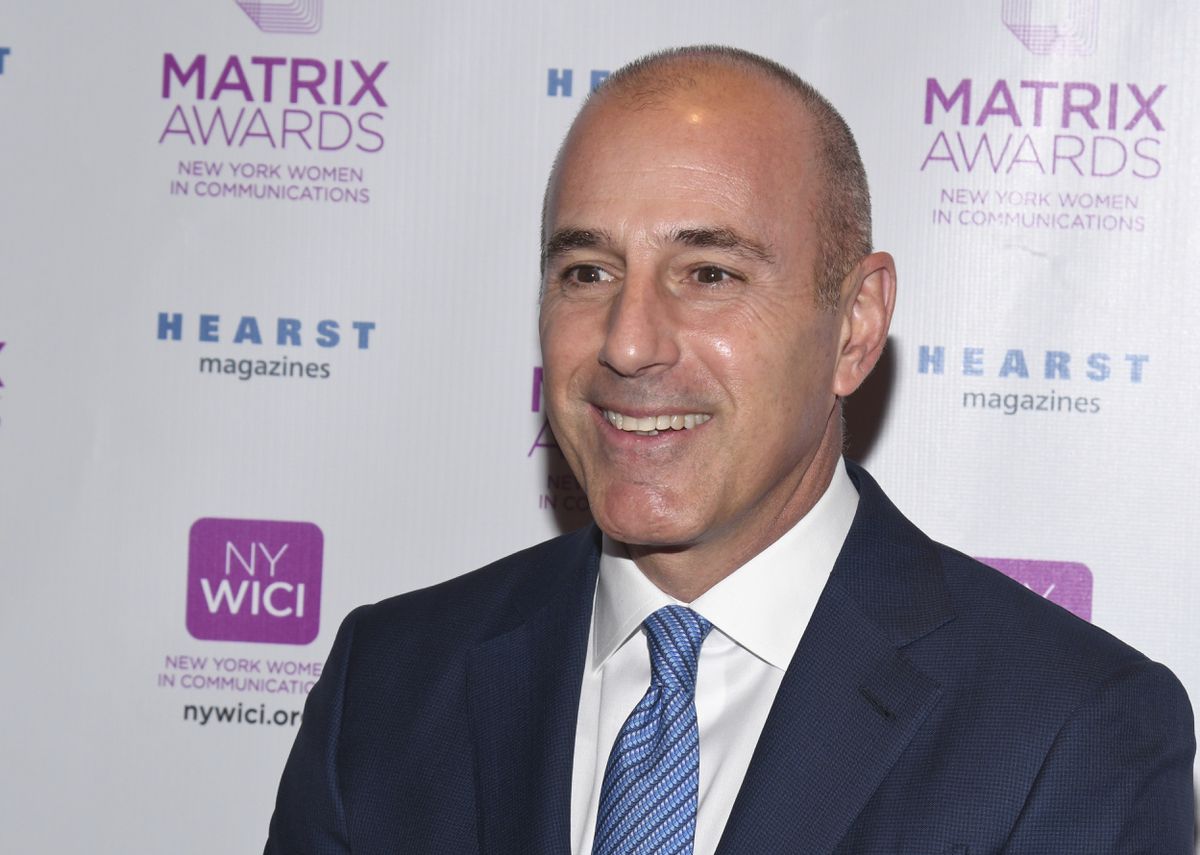 If Matt Lauer’s response to a sexual assault accusation had been a wine, instead of just a whine, we’d say it had an acidic bouquet of victim-blaming with a bitter aftertaste of self-pity.

I find myself ... frustrated by it, is the best word. Two days after he issued his much-dissected public letter, I still find myself frustrated. By its lack of self-reflection, sure. But mostly by how it drags us back into the dark ages of sexual assault discussions - the days when we assumed real rapists jumped out of bushes in ski masks, and anything else was just a woman scorned.

Some readers found his explanation suspect. But for many it was exactly the defense they needed to exonerate a beloved television personality. "Fatal attraction," wrote one commenter. "She was dropped and very angry about it."

"A case of a jilted lover getting revenge after he cut ties," wrote another.

Lauer's letter is an illustration of an impossible roadblock in our discussions about sexual assault: For a long time, women have been accused of "crying rape." But in the court of public opinion, there's no more potent get-out-of-jail-free card for an accused man than crying, "consensual sex!"

Which is exactly what men from Kobe Bryant to Les Moonves to Matt Lauer have tried.

Bruises? She liked it rough.

Semen? She said I didn't need to wear a condom.

Weeping? I think she might be kind of crazy, actually.

A formal complaint, filed in the workplace or with police? Morning-after regrets! She felt guilty! She didn't want her boyfriend to know! She's trying to make me look bad. I'm the victim here!

This last one was Lauer's overarching point. He was the victim here - and not only the victim of Nevils, but the victim of all the women who had accused him. These women had ruined his life, he essentially said, and now he was going to take them down with him. Or, as he actually put it rather ominously, "And I will no longer provide them the shelter of my silence."

To those who were swayed by Lauer's protestations of innocence: Think about how rare it is for a rapist to say "I raped someone." Or, think about this: Think about how it could have been possible for Lauer to genuinely believe that he, one of the most powerful bigshots at NBC, was simply initiating spontaneous sex, while on a work trip, with a drunk junior colleague, who by her own account had consumed six vodka shots at the bar with Lauer and others. And think about how - even if you don't believe her claims of being raped - that that was still a very, very bad idea on his part. A fireable offense, even.

I'm not saying that Lauer and Nevils' interactions were simple. In the weeks following the alleged rape, Nevils had sex with Lauer again multiple times - contact that he called "an affair" and she called "transactional" because she now feared that refusing would jeopardize her job. As mind-boggling as it might seem, it's not uncommon for assault victims to carry on relationships with their perpetrators: as a means of self-preservation, or as a form of magical thinking to take back some of the agency they lose in the assault. As a way to rationalize what happened, so they feel like less of a victim.

It's messy. It's unbelievably messy, as these situations often are. None of us will ever know with 100 percent certainty what happened in that hotel room.

But by crying "consensual sex," Matt Lauer is asking us to make it simple again. He's telling us: Don't have difficult conversations about consent, or workplace power imbalances, or victim psychology, or the horrible moment when one person has simply given up on saying "no," so the other person assumes it's now a "yes." He's saying, let's just have a conversation about vindictive women and victimized men. She wanted it all - blame her.

[Ronan Farrow overcame spies, intimidation to break some of the biggest stories of the #MeToo era]

The presumption of innocence is a bedrock of our judicial system. The accused are innocent until proven guilty. Which is exactly as it should be; nobody wants a scared teenager locked up because of hearsay evidence about a stolen TV. On the other hand, if there are fingerprints and cellphone records, and if the owner of the television is saying, "That's the guy who took my flat-screen" - well, then, a jury will probably convict.

But when the accused's immediate default is "consensual sex," our discussions get stuck. A victim can produce fingerprints, and her attacker can say, "Of course those are my fingerprints; I never said we didn't have sex." A victim can point to an attacker and say, "That's the guy," and the guy can say, "Sure, I'm the guy. But it was consensual."

Maybe you think this how it should be, because you think that women, overwhelmingly, are lying. Or maybe this outcome doesn't sit well with you, but you can't figure out a way around it. Because even if you sense she's telling the truth, it can't be proven. So we preserve the status quo. And we never get any better at these conversations.

Since the publication of Lauer's letter, reports have come out about Brooke Nevils' life in the past several years. In Farrow's book, she describes falling into a depression, being hospitalized for post-traumatic stress and alcohol abuse. Sources have said that she feels terrible for not speaking up sooner, and she blamed herself for what happened.

I understand the impulse for this kind of agonized self-reflection. It's too bad Lauer doesn't seem to have engaged in it, too.

No, women are not always victims. But I wish we didn’t so often default to believing that men are.