OK, boomer. The kids are fighting back. 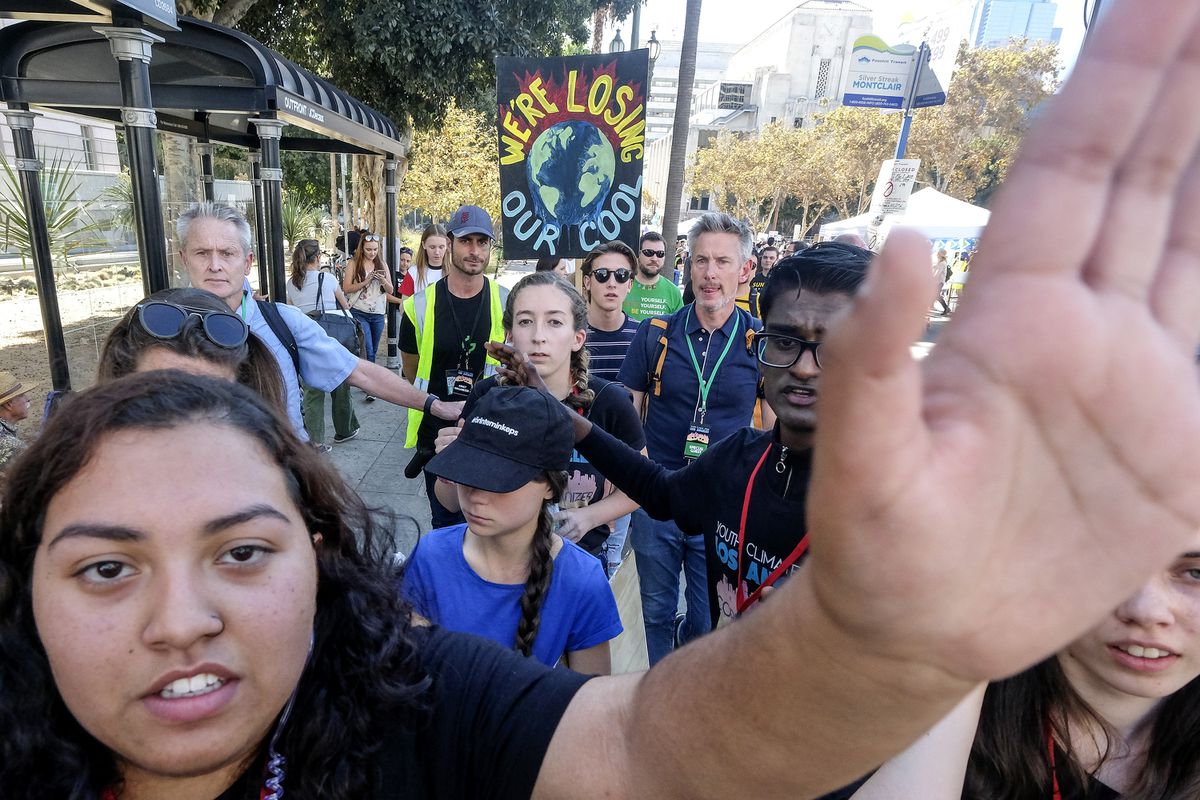 Two words have launched a thousand tweets and opened a new front in the generational wars.

The New York Times and NBC News last week picked up a trend from high-school halls and teens’ TikTok accounts and deposited it in the national news. The Gen Z-generated phrase “OK, boomer” has turned into an epithet rallying the country’s young against their forebears in collective mockery. The all-purpose reply is designed to disarm oldish people who dispense condescension dressed up as wisdom.

Your mom tells you that your peers' phones are rotting their brains, and that they should spend some time outside mowing the lawn. "OK, boomer." Your grandpa tells you that kids these days have lost all sense of civility because they yelled at Ellen DeGeneres for going to a football game with George W. Bush. "OK, boomer." Some random grump in your replies on Twitter tells you Greta Thunberg should go to school back in Sweden instead of gallivanting across the 50 states spreading the green gospel. "OK, boomer."

It’s glib, it’s short, and it’s not at all sweet, but “OK, boomer” also reveals something about each of today’s generations. So does the response the words have wrought.

The mainstreaming of a meme that was making its way onto $36 Redbubble-style sweatshirts sold by entrepreneurial 17-year-olds has, apparently, made boomers mad - which basically proves Gen Z's point. Conservative radio personality Bob Lonsberrytook to the Web on Monday to not-so-patiently explain that "being hip and flip" does not excuse "bigotry," and that "boomer" is in fact "the n-word of ageism."

Then there’s Gen X, dubbed by the media at various intervals as baby busters and 20-nothings. The names all imply a depressing sort of emptiness. So it’s fitting that some in Gen Z seem to have forgotten that this in-between cohort exists at all and instead is lumping them in with the rest of the (relatively) elderly. Gen X is helping out by lumping themselves in with the boomers, and against those ungrateful kids.

Millennials have allied with Gen Z, and managed to vitiate the meme in the process by, basically, overdoing it. "OK, boomer" was fun and funny, so we said it about a million times on Twitter in the space of one day, and now it has become unfunny and lame. That's appropriate, too, for a generation that supposedly kills every good thing.

It makes sense that millennials are taking up arms with our Gen Z comrades - because we're the ones who have been maligned the most for the sin of our birth years. Gadgetry has stripped us of the capacity for meaningful human connection, or so the argument from self-help gurus, newspaper columnists and U.S. senators goes. The losers among us are basement-dwellers; the cool ones are profligates who refuse to contemplate the future. Blah, blah, avocado toast.

"OK, boomer" is appealing because, on the simplest level, it flips the script. Old people have been telling young people for years that they don't get it because they just haven't had the chance to learn. Now, young people have developed a cryptic code for telling old people that they're the ones who don't get it, and that failure is all the more flagrant because they have had countless chances to learn.

But the flipping is craftier than just that. What's important isn't that the kids are fighting back. It's that the kids are fighting back without really fighting at all. "OK, boomer" indicts not an argument and not an individual but an entire generation, or an entire generation's attitude - and it does it with two words dripping with dismissal. The Gen Z progenitors of this insolent slogan say they use it because they're inheriting a collapsing climate, an unequal economy and endless battles overseas that they didn't start. They're saying a lot with very little, and by saying very little they end up saying even more.

“OK, boomer” sends the message that the grown-ups have screwed up so totally, and are veering so speedily into irrelevance, that convincing them of anything is a waste of keyboard characters.

Molly Roberts writes about technology and society for The Washington Post's Opinions section.