Five myths about the lottery 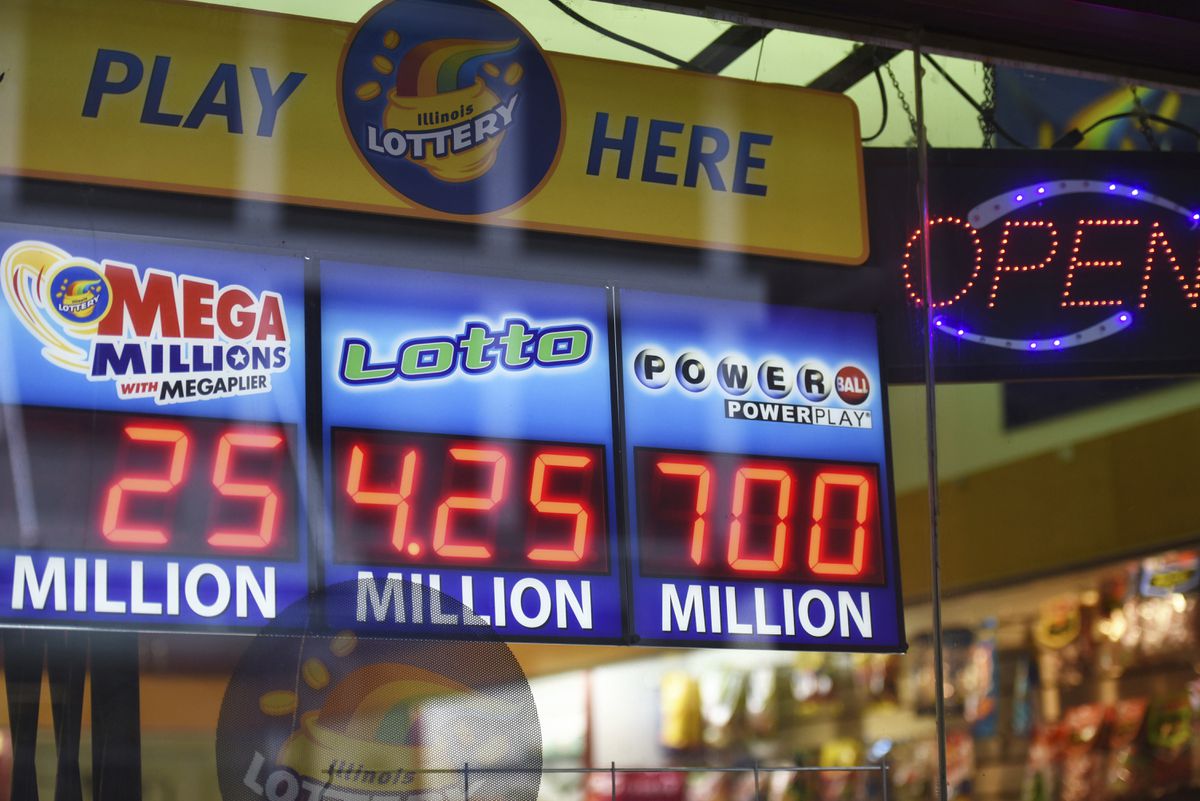 George Loewenstein, a professor of behavioral economics at Carnegie Mellon University, has conducted research on the motives that drive people to play the lottery.

Lotteries have been with us for most of recorded human history, dating back at least to the Han Dynasty in China, when proceeds may have helped finance the Great Wall. They were also present at the very start of this country, when King James created a lottery to raise money for the new settlement at Jamestown, Va., in 1612. The dream of drawing a lucky number still has an allure: About half of Americans said in a 2016 Gallup poll that they’d bought a state lottery ticket within the past year. Many myths surround these games of chance — and their winners and losers.

Myth No. 1: Playing makes economic sense when the jackpots get big.

It seems intuitive: The higher the potential winnings, the more sense it makes to spend a few dollars to try your luck. Writers in outlets from Forbes to Money.com have claimed that when the Powerball winnings reach a certain threshold, the expected value - the payout times the probability of winning - exceeds the price of the ticket.

But even aside from the infinitesimally small chance of winning, lotteries with huge jackpots aren’t as good as they look. First, the jackpot is paid out as an annuity, which decreases its net present value; if you choose to take it as a lump sum, you’ll get only about 60 percent of the advertised prize. Second, winners pay serious taxes on their payout (close to 50 percent in total, depending on the state). Finally, with a huge jackpot, so many people are playing that there is a very good chance that more than one winner will have to share the prize: The likelihood of sharing would be about 50 percent for a $500 million jackpot,and it goes up from there. As a result, the expected value of playing actually decreases as jackpots get very large.

Another thing to keep in mind: Powerball and Mega Millions jackpots have gotten much larger in recent years because both lotteries reduced the odds of winning. In 2015, Powerball added more numbers to the drawing, dramatically decreasing the chance of winning the jackpot, from 1 in 175 million to 1 in 292 million. The odds of winning the Mega Million jackpot are even lower: approximately 1 in 302 million. Famously, you’re more likely to experience a wide range of other scenarios, such as being hit by lightning or by an asteroid.

Myth No. 2: Winning big will solve your financial problems.

Even knowing the odds, it’s tough to dispel the notion that hitting the jackpot would wipe away money issues. A fifth of Americans believe that winning the lottery is the most practical way for them to accumulate large savings, according to a 2006 survey by the Consumer Federation of America. More recently, a 2019 survey conducted by the investment app Stash found that about 40 percent of respondents, including 59 percent of millennials, think that winning the lottery could be a good way to fund retirement.

But research shows that winning significant prizes is not the ticket to easy street. When a team of economists tracked the fortunes of financially distressed people in Florida who had won the lottery, they found that within three to five years, the winners of big prizes (between $50,000 and $150,000) were equally likely to have filed for bankruptcy as the small winners, and the groups had similarly low savings and levels of debt. According to the National Endowment for Financial Education, about 70% of people who win a lottery or receive a large windfall go bankrupt within a few years.

Myth No. 3: Winning the lottery will not make you happy.

"Winning a $20 million lottery ticket won't make you happier," Harvard Medical School professor Sanjiv Chopra said in a recent TED talk. He cited research showing that happiness fluctuates with positive or negative changes in circumstances in the short run but that, over time, people tend to revert to their own happiness "set point." Worse than not improving people's lives, stories abound of lottery wins destroying them: One winner of more than $300 million, for example, believed that his generosity to his granddaughter funded a drug habit that eventually took her life. A 2009article in the International Journal of Psychiatry in Clinical Practice reported the cases of two German patients who were hospitalized for depression after each won the equivalent of half a million dollars in the lottery.

Studies that have examined the happiness levels of lottery winners, however, offer a more positive view. Probably the best study on this question, by researchers at the University of Warwick, examined repeated surveys collected from a random sample of Britons, some of whom received medium-size lottery wins of up to approximately $200,000. When compared with people who hadn't won or who won small prizes, winners of medium-size prizes exhibited significantly better psychological health. Two years after a lottery win, the average measured improvement in mental well-being was 1.4 points on a 36-point measure of psychological stress. (Being widowed - the event that leads to the most serious average decline in well-being - produces a decline of approximately five points.) A 2014 Health Economics study found that lottery winners were happier and, again, less stressed than before they won, though no healthier - in part because they spent some of their new money on drinking and smoking.

Myth No. 4: State lotteries have a net benefit for public services.

Most state lotteries earmark the revenue generated for specific purposes, and the most common is education. Billboards and television spots in California have often touted the lottery's benefits for education; Virginia used to print that claim on the back of its lottery tickets. Introducing the "North Carolina Education Lottery" in 2005, then-Gov. Mike Easley promised that "we will be adding another half billion dollars annually for education."

But North Carolina now spends less on education in inflation-adjusted dollars than it did when the lottery was introduced.Studies find that lottery dollars do not actually increase education spending: Instead, legislators tend to redirect a corresponding amount from school funding to other purposes. One political scientist explained it to NBC News as "revenue substitution," but comedian John Oliver phrased it somewhat more pithily: "Trying to add money for just one purpose is a bit like trying to piss in one corner of a swimming pool. It's going all over the place."

Myth No. 5: There’s never a good reason to play the lottery.

Whenever a drawing for a big jackpot nears, leading to a high tide of ticket sales, there is inevitably a flurry of media commentary admonishing those who buy in. "It's not harmless entertainment,"warned a 2016 Minnesota Star Tribune editorial. "It's an immoral diversion of money that could be better spent." An illustrated Vox feature caricatured "the 10 types of people who buy lottery tickets,"from "the Educated Fool" to "the Kid that Just Turned 18."

But there are plenty of reasons to play the lottery. For many, the game offers their only chance of dramatically changing their economic circumstances. Lottery purchases tend to rise when the economy is bad and are especially concentrated among people with low education, the jobless and those collecting government benefits.My own research found that making people feel poor by asking them to report their yearly income on a scale on which most came out low (e.g., 0-$100,000, $101,000-$250,000, etc.) led them to purchase almost twice as many lottery tickets with money they received for participating in the study than those made to feel rich. Low-income individuals are also especially likely to use the lottery to buy consumer goods, such as televisions, refrigerators, washers and dryers that they would otherwise have trouble financing.

For most players, lotteries provide psychological benefits, and much more cheaply than psychotherapy or a Caribbean holiday. Though poor people spend a larger fraction of their income playing the lottery, lotteries are popular among all income groups. Indeed, a 2016 Gallup poll found that while 40% of lower-income respondents reported buying a state lottery ticket in the past year, 53% of upper-income people did. About 7% of Americans report that they have a problem with gambling, but for everyone else, the occasional indulgence of a ticket licenses pleasant fantasies at a relatively modest cost.