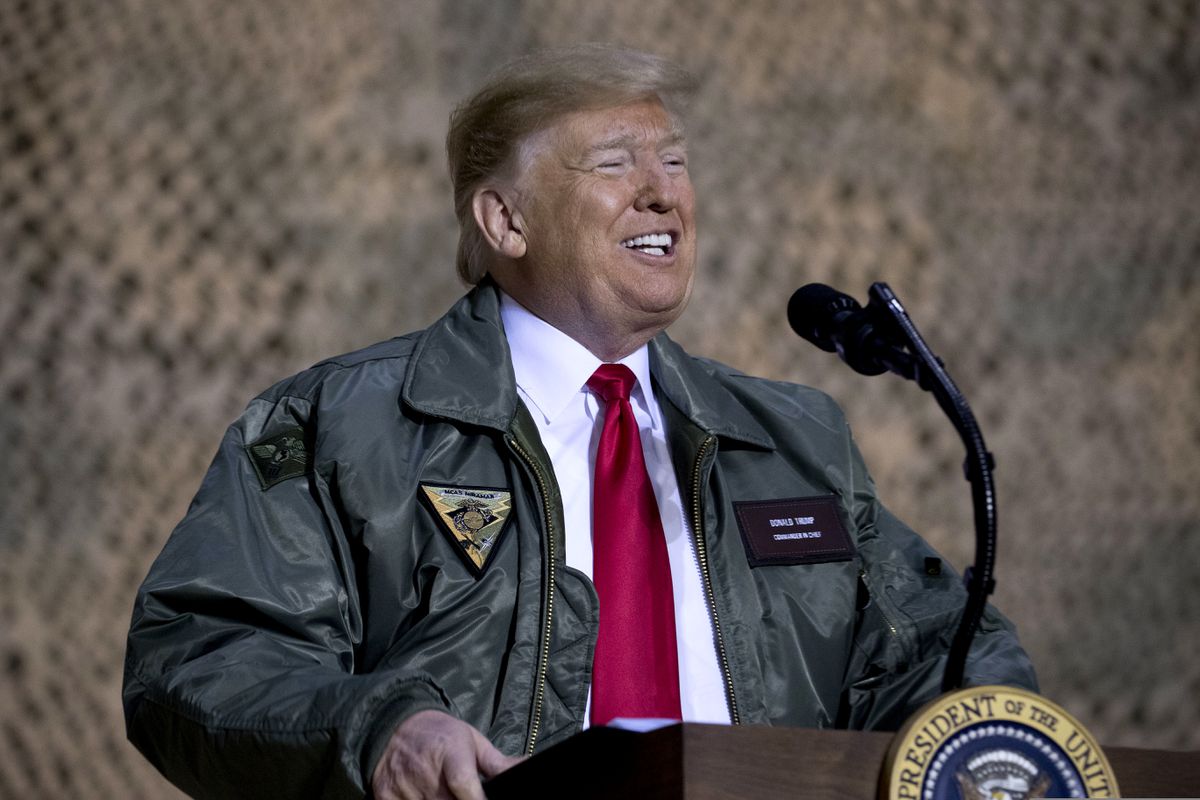 Anderson is a fellow in governance studies at the Brookings Institution and a senior fellow in the national security law program at Columbia Law School. He served as an attorney-adviser at the State Department Office of the Legal Adviser from 2010 to 2015 and as a legal adviser for the U.S. Embassy in Baghdad from 2012 to 2013.

The Trump administration’s recent drone strike killing Iran’s Maj. Gen. Qasem Soleimani raises old and new questions about the president’s authority to use military force. The president’s war powers are derived from norms, laws and the Constitution, but there are many gray areas shrouded in misperceptions. Here are five.

Myth No. 1: Presidents can do whatever they want.

In 1973, historian Arthur Schlesinger cautioned against the "unprecedented centralization of decisions over war and peace" in what he called an "imperial presidency." My Lawfare colleague Jack Goldsmith similarly says that for better or worse, our system of war powers has evolved so that, in practice, "one person decides": the president. Successive administrations have claimed broad prerogatives to protect Americans and advance national interests.

But this authority is not (yet) unbounded. Executive branch lawyers acknowledge that uses of force must be “limited in their nature, scope, and duration” so as to fall below, and avoid escalating into, large-scale wars of the sort that Congress must authorize under the Constitution’s “declare War” clause. Moreover, this authority exists only “insofar as Congress has not specifically restricted it,” as stated in the 2011 Justice Department memo outlining the Obama administration’s view on use of force in Libya — implying that Congress can impose at least some limits, as it did with the 1973 War Powers Resolution. And while the executive branch has occasionally posited that the president may act beyond these limits, such assertions have generally been constrained to exceptional circumstances, like cases of national self-defense.

The president also has a responsibility to respect U.S. obligations under international law,and while not clearly binding on the president, courts have at times used those to inform their understanding of the president’s war powers. And many principles under the law of armed conflict, such as necessity and proportionality requirements for the use of force, are incorporated into long-standing U.S. military doctrine.

Myth No. 2: The 1973 War Powers Resolution is unconstitutional.

In 2008, former secretaries of state James Baker and Warren Christopher wrote a New York Times op-ed arguing that "every president since Richard Nixon" had treated the War Powers Resolution "as unconstitutional." Debating potential responses to tensions with Iran last summer, Sen. Marco Rubio, R-Fla., asserted that "no president, no administration has ever accepted that resolution as constitutional."

In reality, the constitutionality of much of the War Powers Resolution is not in doubt. When he vetoed it in 1973, Nixon contended that two key provisions were illegitimate: a requirement that U.S. troops withdraw from "hostilities" if they do not receive congressional authorization within 60 days, and a special procedure that allowed a simple majority in Congress to direct withdrawal sooner by avoiding a possible presidential veto. While the Supreme Court vindicated Nixon's view on the latter,Congress has since enacted alternate procedures that accomplish the same thing. And subsequent administrations have walked back objections to the former. When presidents have failed to comply with the 60-day requirement, they have generally adopted a narrow interpretation of "hostilities" or claimed tacit congressional authorization, not taken a firm stance against its constitutionality.

Myth No. 3: AUMFs have been stretched beyond recognition.

During a 2017 appearance at the Aspen Ideas Festival, a former CIA director, Gen. David Petraeus, said, "Let's face it, we have stretched" the 2001 Authorization for Use of Military Force (AUMF) - which permitted military action against the perpetrators of the 9/11 attacks - "beyond all recognition." In a Senate Foreign Relations Committee hearing last year, Sen. Robert Menendez, D-N.J., similarly claimed that presidents had "abuse[d] that authority for decades," alongside the 2002 AUMF for the Iraq War, to an extent he found "unconscionable."

The executive branch has certainly interpreted both laws expansively. But this has been facilitated by, not in spite of, the legislative texts, which are ambiguous and imprecise. Both authorize the president to use all "necessary and appropriate" force without geographic limits or a fixed expiration. The 2001 AUMF's stated goal is to prevent future attacks by the 9/11 perpetrators and others who harbored or assisted them - language the executive branch has interpreted to apply to al-Qaida and groups that evolved from or fight alongside it. The 2002 AUMF, which addresses "the continuing threat posed by Iraq," has been interpreted to authorize support for a stable, democratic Iraq, including by combating terrorism there. While there are reasonable grounds to object to several of these interpretations, none are clearly inconsistent with language passed by Congress, which also bears responsibility for how they have been used.

In 2005, legal scholar Louis Fisher observed "a growing impression that federal courts lack both the jurisdiction and the competence to decide war power disputes," a view that has frustrated numerous litigants. For instance, David Remes, who represented Army Capt. Nathan Smith in a suit challenging the legality of the campaign in Syria against the Islamic State, said the dismissal of his client's case "makes the War Powers Resolution a dead letter by closing off challenges to violations." And it's true that federal courts often resist involving themselves in war powers questions. As Judge Colleen Kollar-Kotelly wrote in her opinion in Smith's case, this often reflects the idea that "judicial intervention into military affairs is particularly inappropriate when the two political branches to whom war-making powers are committed are not in dispute."

But this logic does not apply where there is a clear conflict between the branches, such as a president acting contrary to an express statutory mandate. If a law were enacted now expressly limiting the use of future military force against Iran, and the next president ignored it, courts might be more inclined to intercede.In general, the Supreme Court has held that courts have a “duty” to weigh in, even if the subject matter is sensitive. This is probably why Justice Brett Kavanaugh - a frequent advocate of deference to the executive - has writtenthat “it is not likely a winning strategy . . . for a President to assume that he will be able to avoid judicial disapproval of wartime activities taken in contravention of a federal statute.”

Myth No. 5: To stop a war, Congress can just cut off funding.

A 2011 NPR piece titled "Why The War Powers Act Doesn't Work"argued that "Congress can ultimately express its displeasure about a war by cutting off funds." A 2018entry on the website of the National Priorities Project concluded, "One way to stop [Trump's] march toward war is to cut off the funds." In theory, Congress can always decline to pay for military activities it doesn't support. This seems to have been the intent of the framers, who built a two-year limit on Army appropriations into the Constitution to ensure that Congress has a regular say in how the military is used.

In practice, however, this authority is difficult to wield. Congress typically appropriates money for the federal government through large omnibus bills on a roughly annual basis. This furnishes the cash to maintain various military units, usually making it unnecessary for the president to seek additional funding to initiate the use of force, and depriving Congress of the opportunity to withhold money for specific action in advance. While lawmakers could pass legislation limiting existing appropriations for specific military operations, doing so would probably trigger a presidential veto, which would in turn require support from two-thirds of Congress to override - a high threshold that's been met only six times since 2000.

Absent such strong support, Congress' moment of leverage will come only if hostilities last until the current appropriations expire. Even when this occurs, appropriations bills need to balance an array of interests and cannot always risk a veto. And lawmakers are likely to see a potential lapse in appropriations - especially for troops - as politically risky. For this reason, full funding cutoffs are rare and reserved for the most extreme situations, such as ending the Vietnam War.