The cognitive biases that make coronavirus seem scarier than it is 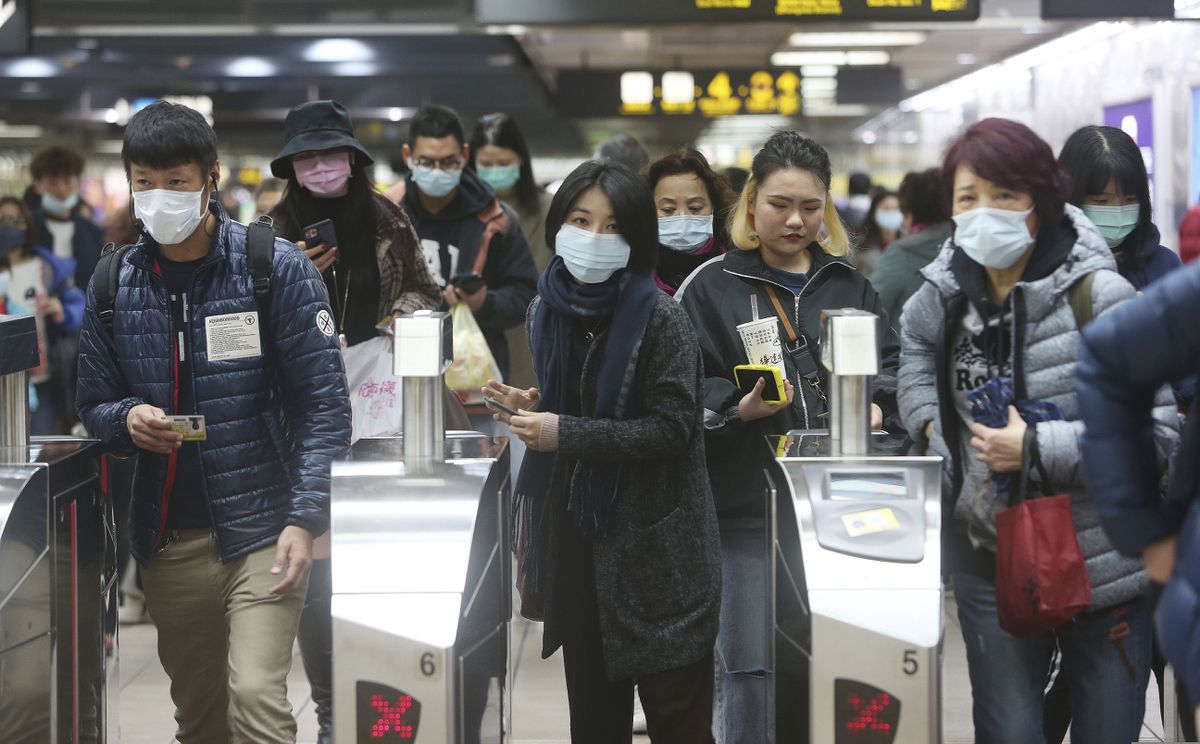 People wear masks at a metro station in Taipei, Taiwan, Tuesday, Jan. 28, 2020. According to the Taiwan Centers of Disease Control (CDC) Tuesday, the eighth case diagnosed with the 2019 novel coronavirus (2019-nCoV) has been confirmed in Taiwan. (AP Photo/Chiang Ying-ying)

People wear masks at a metro station in Taipei, Taiwan, Tuesday, Jan. 28, 2020. According to the Taiwan Centers of Disease Control (CDC) Tuesday, the eighth case diagnosed with the 2019 novel coronavirus (2019-nCoV) has been confirmed in Taiwan. (AP Photo/Chiang Ying-ying)

Global health emergency! A rising toll of sick or dead. Ominous warnings of new cases around the world. Headlines asking, "Should you be worried?" The two coronavirus contagions are upon us, both the disease, and our fear. The disease is new. The fear, however, is not. Both need to be understood, because both are dangerous.

Remember West Nile virus in 1999? SARS in 2003? Ebola in 2014? And Zika virus in 2015? Though they’re wildly different, they all act on the same anxieties that many of us are experiencing now, when word of a new disease spreads faster than the disease. It’s worth dissecting what these episodes teach us about the psychology behind our fear of coronavirus, because they demonstrate why we worry too much about some things, not enough about others and create new risks as a result.

You know those memories I invoked of those other "new pandemics"? The very fact that they come so readily to mind is the product of one of the cognitive quirks that make us worry about some things more than we need to. The scarier an experience, the more deeply we encode it into memory and the more readily it pops back into consciousness when something similar comes along. Cognitive scientists call this the Availability Heuristic. Think about where you were on 9/11, for example. Pop!

But what makes some risks feel scarier than others in the first place? Why worry more about those new viruses, for example, than influenza, a far greater actual threat? Over their careers, Paul Slovic, Baruch Fischhoff and other researchers have identified a number of psychological characteristics we use to subconsciously assess how circumstances feel and gauge potential danger, and it turns out we instinctively worry more about new risks than familiar ones. This is probably because we also worry more about risks over which we have no control, and when a risk is new and we don't understand it, that lack of knowledge leaves us feeling powerless to protect ourselves. Think about the questions you may already have asked yourself about the latest coronavirus outbreak: Do masks work? Is there a vaccine? How does this new virus spread? How deadly is it? Not knowing, which is almost always the case with new risks, leads to more fear.

Another psychological characteristic contributing to coronavirus fear is related to both the “new” factor and the impact of Availability Heuristic. This one is called Representativeness Bias. We jump to quick conclusions about things based on the first few hints we get that seem to fit the pattern of what we already know. (Think of how quickly we judge people as soon as we hear what political party they’re in.) We have been warned, quite appropriately, that the next global pandemic is a matter of when, not if. We have been warned this will likely be some virus that jumped from animals to humans. That it will probably come from east Asia. Sound familiar? So could this be it ... The Big One? We don’t know, but it sure sounds like it might be.

Finally there is what Roger Kasperson and colleagues call the "social amplification of risk." We only have so much cognitive bandwidth, and as social animals, we have evolved to pay closer attention to whatever a lot of other people are already paying attention to. Think of it this way; when everybody in the tribe looks in one direction, better look that way, too, in case a lion is attacking. So when the news and our social media feeds are dominated by coronavirus, that danger becomes the biggest blip on our risk radar screen, pushing most other threats off, even if they pose far more peril.

This then feeds on itself. To protect ourselves, we seek information, because knowledge restores at least some sense of control. No wonder then that searches for “coronavirus” on Google have jumped more than 1,000% in the last two weeks. Those searches have risen the most in places where there have been cases: Washington state in the United States, British Colombia in Canada, and Germany. This is explained by the entirely reasonable psychological fear factor, that concerned query, “Could it happen to ME!?” A risk that only threatens somebody else is less scary than one that might have your name on it. Remember Ebola? When it was elsewhere in the world, it probably felt like no big deal. Then it was in Dallas, and U.S. fear shot through the roof. The same will almost surely follow in the United States.

Understanding that, as Slovic and colleagues have put it, "risk is a feeling — that what determines our fears is not simply an objective analysis of the facts but how those facts feel — is vitally important for our safety. Overworrying or underworrying can both be dangerous. If we worry more about new risks and less about familiar ones, we fail to adequately protect ourselves. The flu is a far more infectious and deadly disease, but it is familiar, which is, at it happens, one reason many have not had their flu shots this year. If we worry more about risks that come readily and powerfully to mind, we tend to seek aggressive remedies that can potentially be harmful. This is what happens, for example, when we treat nonthreatening kinds of cancer — some types of prostate, breast, thyroid cancers — with the same risky surgeries that we use to fight other types, simply because both go by the name “cancer.” If we don’t fear that climate change threatens us, personally, we fail to protect ourselves. If we don’t fear obesity enough because we think we can control that risk by giving up the french fries and soda (tomorrow), we don’t lose weight.

On the whole, our risk perception system does a pretty good job. It has, after all, gotten us this far through evolution's gantlet. But we need to wise up to the reality that when it comes to risk we are not always as wise as we like to think we are. Understanding that our risk perceptions are subjective, emotional, and prone to an occasional misreading of the actual threat, is an important way to vaccinate ourselves against the danger that a system can sometimes create.

David Ropeik is a retired Harvard instructor, risk communication consultant and author of “How Risky Is It Really? Why our fears don’t always match the facts.”