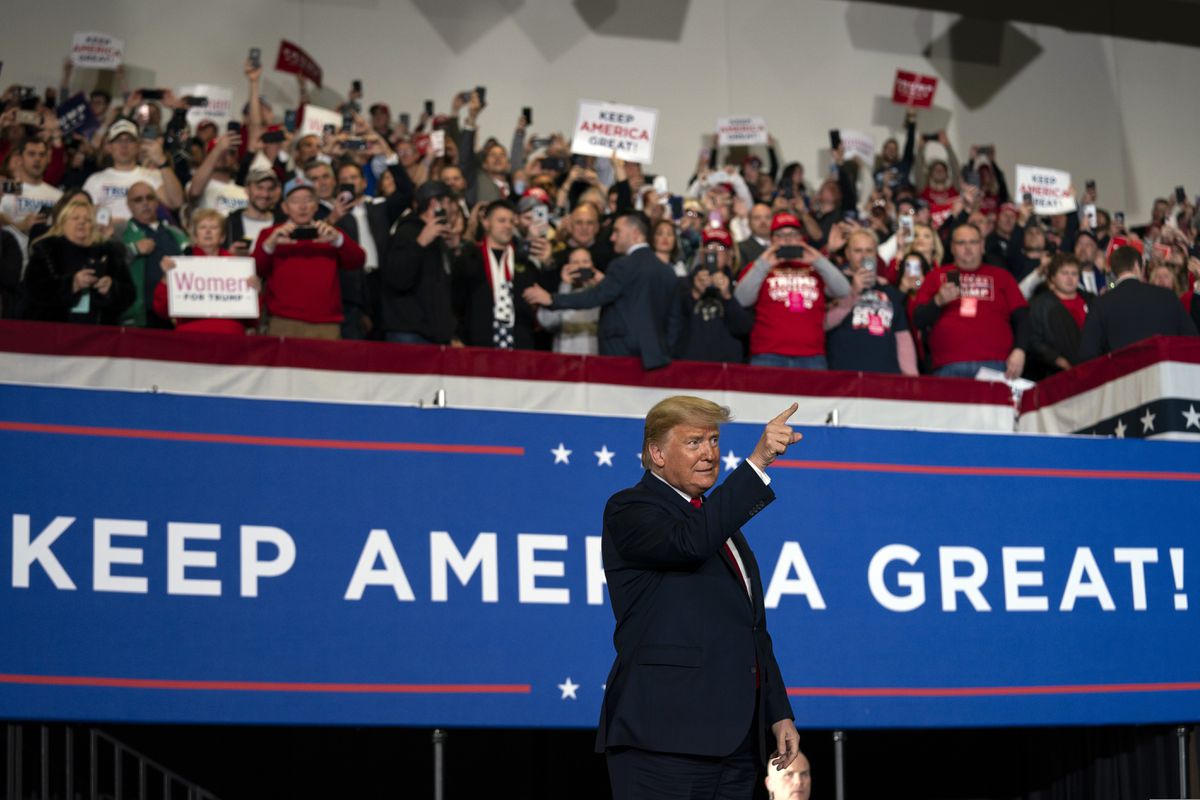 When I announced my primary challenge to President Donald Trump last year, I knew running against him for the GOP nomination was the ultimate long shot. Even now, after impeachment, after three years of vulgarities, inanities, betrayals and racist screeds, he has a 94% approval rating among Republicans in the latest Gallup poll.

My chances are slim - don't worry, I know.

It's been made even tougher by the party canceling primaries to shield the president from being challenged. And by Fox News, and the rest of Trump's lap dog conservative media, denying me airtime. But I've been on TV, I've served in Congress and I hosted my own talk radio show. I don't need the airtime. More than anything else, what's made this challenge nearly impossible - to a degree that I didn't fully realize when I first hit the trail - is how brainwashed so many of my fellow Republicans seem to have become. I'm not giving up, and I hate to say it, but the GOP now resembles a cult.

I was already sensing this, but I was slapped hard in the face at the Iowa caucuses: A week ago Thursday, the president came to Des Moines for one of his narcissistic rallies. I was in Des Moines, too, so I tried to talk to some folks outside the event before they went in — makes sense, right? Here’s a captive audience of Republican voters. But it turned out to be one of the most frustrating (and frankly, sad) experiences I can recall. I asked dozens of people a very simple, straightforward question: “Has President Trump EVER told a lie to the American people?” And every single person said “No.” Never mind that thousands of his misstatements have been meticulously documented. No, they said, he’s never lied.

I brought up his years-old claims that, unlike President Barack Obama, if Trump ever became president, he'd be too busy to play golf. Most people responded by saying they don't care if Trump golfs. But three people said that Trump has never golfed since he's been president. No one said that they thought he did anything wrong with Ukraine. No one knew that our annual deficits just blew past $1 trillion. Everyone believed hundreds of miles of new wall had been built (fact check: False!). When I asked whether they thought Mexico was paying for the wall, most people said yes but were all at a loss to explain how. On and on it went: CNN was the enemy, and Rep. Adam Schiff, D-Calif., along with the rest of the congressional Democrats, were lying traitors.

I also phone-banked this week, calling potential Republican caucus-goers throughout Iowa. I always knew when I got a strong Trump supporter on the line by the language they used and the tone that they took: They’d say no president has been attacked like Trump has or no president has had to deal with such hatred and opposition. (Again: Not true!) They’d get defensive and throw out more lies and half-truths: China is paying for the tariffs; Joe Biden was covering up for his son; Russia didn’t do anything in the 2016 election - they were all popular. On and on it went: I ended my two hours of phone time each day pretty bummed out by the mis- and disinformation I’d heard.

Then came Monday night: I went to a caucus and gave a speech to about 3,000 Iowa Republicans. I’ve never been to a MAGA rally, but it sure felt like one. The president’s daughter-in-law, Lara Trump, spoke first and underscored the Trump bottom line: perfect phone call; Democrats bad; keep America great. Crowd goes wild. I then got up to make my pitch, and - as you may have seen — it didn’t go well. I got booed for saying that our party needed to do some soul-searching. I said the party is going to be a party of old white men unless we become more inclusive. More boos. I said we shouldn’t be OK with a president who lies all the time. I said we need a president who’s decent, not cruel. I said, you might enjoy Trump’s mean tweets, but most people don’t. I said we must be better than a president who makes every day about himself. Boos. And more boos. One woman yelled that she loves the president’s tweets. The crowd cheered her.

I reminded folks that I'm a conservative, but I said conservative policies aren't good enough. Decency, honesty and compassion matter, too. But they wanted nothing to do with it. There was more booing, more yelling, and I caught a middle finger or two. I'm a big boy, and I can take a tough crowd, but leaving the caucus that night, I realized once and for all that nobody can beat Trump in a Republican primary. Not just because it's become his party but because it has become a cult, and he's a cult leader. He doesn't have supporters, he has followers. And in their eyes, he can do no wrong.

They’re being spoon-fed a daily dose of B.S. from “conservative” media. They don’t know what the truth is and — more importantly — they don’t care. There’s nothing that any Republican challenger can do to break them out of this spell. (Thanks, Hannity.)

Part of me was dejected. But part of me was still hopeful: that a conservative movement based on compassion, honesty, opportunity and inclusion can and will emerge someday soon. I may not always have appreciated that, I may not have always said it. But I'm not part of a cult! I try to learn from new information, and I think for myself. Clearly, that's not the Trump GOP. I have faith, though, that there are enough principled conservatives out there who think like I do.

Joe Walsh is a syndicated talk radio host and a former Illinois congressman.