We were screened for coronavirus upon landing in Pakistan. Nobody checked when we returned to JFK. 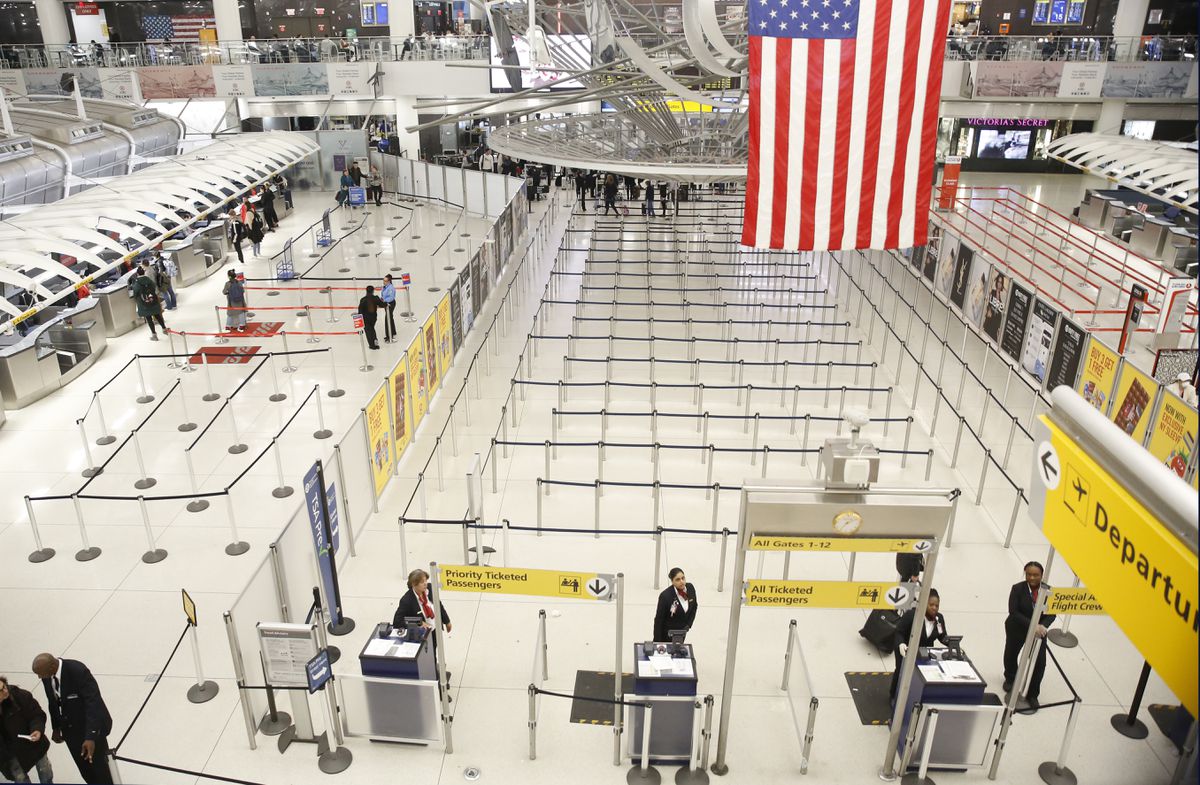 “Are you guys being quarantined?” asked one friend after another after my husband and I arrived back in Washington, D.C., last weekend from an eight-day trip to Pakistan.

In fact, while we've decided to self-quarantine for two weeks out of concern about the covid-19 pandemic, no government official ever told us to do so - it just seemed like the right thing to do. Nor did we receive any sort of screening at the airport when we returned to the United States, despite flying into New York - the epicenter of the U.S. outbreak, with over 25,000 reported cases and more than 200 deaths as I write this.

The disconnect between the illness's mounting human toll and this seemingly lax approach to incoming international air passengers has opened our eyes to the federal government's insufficient response to the coronavirus and caused us to ask why our country, with its vast resources, seemingly can't - or won't - take the coronavirus as seriously as it should.

When we arrived in Pakistan on March 13, we each underwent a temperature scan at the Islamabad airport. We also had to fill out a form asking if we'd been in China or Iran, two countries hit hard by covid-19, during the previous 14 days. We were asked to check boxes indicating if we had a fever, cough or shortness of breath. Though 2 a.m. was probably a low-traffic arrival time, it was a painless, organized process, not a major inconvenience.

So we were shocked when we arrived Saturday at New York's John F. Kennedy International Airport to discover that no covid-19 screening measures or advisories about quarantining awaited us. We simply got off the plane and proceeded to the U.S. citizens' line, as if returning from any normal overseas trip. We did our customs declaration (Are you bringing in any food?) at an electronic kiosk. The U.S. Customs and Border Protection officer who scanned our passports (and who was wearing gloves) asked us a couple of questions about where we'd been and what we'd done in Pakistan. My husband was kept back for a few minutes of additional questioning, which appeared to be motivated more by security concerns than health. No one said a word about quarantines.

After that, we breezily made our way through baggage claim and customs. As we went through security in the nearly empty airport before our connecting flight to Washington, we noticed fraying posters warning travelers about the transmission of measles - an almost comical indication of the outdatedness of the public health messaging.

Surprised, I tweeted about the lack of screening and up-to-date directives at JFK, and within minutes, the airport's official Twitter account replied directly to me: "Hello Vanessa, All decisions re: the screening of international passengers arriving to the US are made by federal agencies including @CDCgov & @CBP," and provided a link to their websites.

Department of Homeland Security spokeswoman Heather Swift then replied: "Vanessa. Pakistan is not in Europe, Iran or China and therefore does not fall under the 212f order OR the quarantine." She referred to the section of the Immigration and Nationality Act recently cited by the White House to deny U.S. entry to foreign nationals who have been in those parts of the world.

I appreciated the direct response, but given the reach and scale of the coronavirus pandemic and the exacerbating factor of air travel, limiting screening on arrival and official quarantine recommendations to travelers coming from only a few locations seemed, well, ill-advised. If a country with fewer resources, such as Pakistan, can implement temperature checks for incoming travelers, why can't the U.S.? (On Monday, Pakistan was added to the Centers for Disease Control and Prevention's high-risk country list.)

Travel by its very nature involves getting out in the world, and I'll freely acknowledge that my husband and I didn't practice "social distancing" while abroad. We were in Pakistan for a friend's wedding, where, over three days of events - mostly outdoors, thankfully - we mingled with other guests who had come in from Singapore, Dubai, California, Chicago and elsewhere in the country. (We had considered canceling our trip, but left Washington just before anxiety here about covid-19 had really set in.)

We also spent four days traveling around Pakistan in the confines of a private car, with a tour guide and driver, in addition to taking taxis and Ubers, eating at restaurants and visiting historic attractions - normal activities for tourists, but all best avoided in light of the current pandemic. Indeed, we ended up changing our tickets to come home earlier than planned, fearing that we'd be stranded abroad, or worse.

In the week or so we were in Pakistan, the number of coronavirus cases there spiked from around 20 to over 400, although those figures, according to reports, were considered serious undercounts due to insufficient testing. Most of the country's early cases came via religious pilgrims returning from the hot spot of neighboring Iran - some of whom were reported to have been poorly quarantined - but there is now community spread, with more than 900 cases identified.

En route back to the United States, we had a 14-hour layover in Doha - where we couldn't leave the airport because Qatar had several days earlier banned entry to all foreign nationals - and then spent another 14 hours on a plane packed with people scrambling to get home. Most passengers, like us, were wearing masks, and no doubt others were bracing for rigorous arrival procedures. That day-long stretch alone made us nervous enough about potential exposure that I actually wished for a temperature check or some kind of assessment when we landed.

Upon arrival in New York, I checked my phone for the latest news: Pakistan had suspended international flights; within days, its government had suspended domestic flights as well. While sacrificing freedom of movement might seem extreme, it seemed clear that Pakistani authorities were willing to take aggressive steps in the name of public health. Here, as medical professionals risk their lives and ordinary citizens are sheltering in place, it's hard to understand why one of the busiest airports in the United States still seems set up for business as usual.

Larson is a multiplatform editor at The Washington Post who writes about culture, art and film, particularly that of the Middle East and Islamic world.