Five myths about the safety net 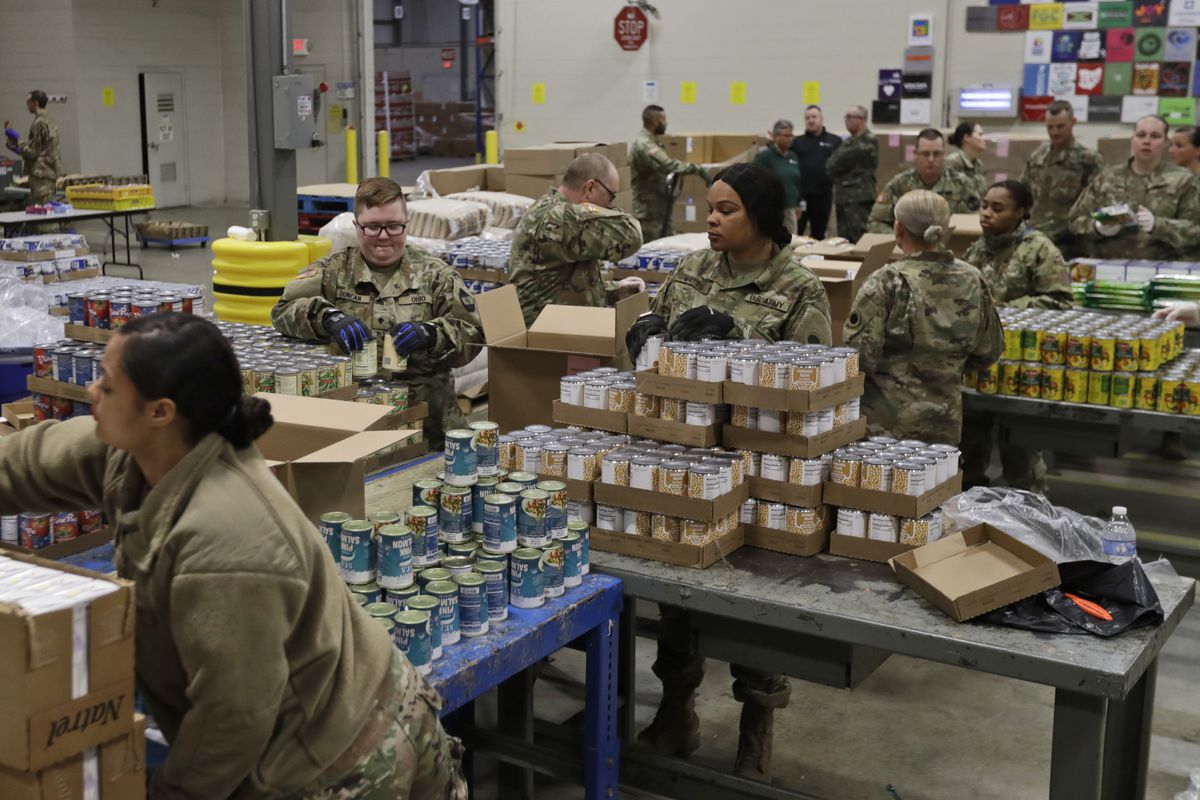 Mark R. Rank, the Herbert S. Hadley professor of social welfare at Washington University in St. Louis, is a co-author of the forthcoming book “Poverty Straight Talk: What America Needs to Know About the Poor.”

During the weeks and months ahead, millions of Americans will find themselves turning to the government for help in getting through the economic collapse caused by the coronavirus. The safety net, or welfare system as it is often called, consists of various programs designed to provide economic aid to those lacking income and assets; they include food stamps (also known as SNAP), Medicaid, Supplemental Security Income and Temporary Assistance for Needy Families. Given the stigmatizing misconceptions surrounding these programs, many of those in need may be reluctant to use them. Here are five of the most common myths.

Myth No. 1: Most Americans will not use the safety net

It is widely believed that those using safety net programs are outliers and represent only a small percentage of the population. The White House even argued recently that poverty has basically been eliminated, so fewer Americans should need help. Furthermore, recipients are often thought to be nonwhite and living in inner cities. One survey reported that only 21 percent of Americans correctly thought that there are more white than black food stamp recipients. This reinforces the belief that welfare use is very much out of the ordinary.

Yet the question for most Americans is not whether they will use a safety net program, but rather when. Between the ages of 20 and 65, about two-thirdsof Americans will use one for at least a year.Half of all American children will have received food stamps by the time they reach age 18. And in any given month, approximately 21 percent of Americans are enrolled in a welfare program. These percentages are high, and in all likelihood higher than they used to be, because increasing numbers of households are economically vulnerable as a result of growing inequality and low-wage jobs. The Federal Reserve recently reported that 39 percent of Americans do not have enough savings to cover a $400 emergency.

Myth No. 2: Women have more kids to get more welfare

This myth goes back hundreds of years. England's Poor Law Report of 1834 argued that providing extra bread for each child in a family was leading to a population increase among the poor. Many recentreform measures have been driven by the belief that women on welfare have more children to get larger checks. As Ron Haskins, one of the architects of the 1996 welfare reform bill, said, "Why should taxpayers pay individuals to have babies outside marriage when they're on welfare already?" This perception has led states to cap the amount of welfare that a woman may receive.

The empirical research that I and others have conducted on this question demonstrates that family caps have had no effect on out-of-wedlock births, and that women on welfare may actually have a lower birthrate than women in the general population. In one analysis, the annual birthrate for every 1,000 women aged 18 to 44 on welfare was 45.8, compared with an overall national rate of 71.1. Women on welfare consistently say they want to get off these programs and that having another child is seen as making this more difficult.

Myth No. 3: Safety net programs are the answer to poverty

There is a tendency in some liberal circles to view the safety net as a panacea for poverty. Sen. Bernie Sanders often points to "countries like Denmark and Sweden," which have robust social programs, as having the answers to our economic ills. Rep. Alexandria Ocasio-Cortez has argued that a weak safety net is the real problem for workers losing their jobs to automation.

But safety nets are designed to deal with poverty's fallout, not its causes. Like the precautions taken by a tightrope walker, these programs are in place to catch individuals before an unnecessary injury occurs.

While a robust safety net is a key component of any poverty reduction strategy, it's more important to ensure that jobs that can pay a living wage and support a family are widely available. Forty-four percent of all workers in the United States today have jobs that are considered low-wage, with median pay of $10.22 an hour. Most of these jobs also lack the kinds of benefits necessary to sustain well-being, such as health insurance.

Myth No. 4: Welfare fraud is widespread

Ronald Reagan notoriously spoke of a "welfare queen," known as Linda Taylor, to paint an image of pervasive fraud. President Trump followed in this tradition by arguing that welfare was "becoming a very, very big subject, and people are taking advantage of the system." The perception of widespread abuse has led to treating safety net applicants as criminal, requiring fingerprinting and drug testing.

But the "welfare queen" story stood out in large part because Taylor was an unusually flamboyant criminal - and an anomalous one - for whom welfare fraud was just one offense among many, as Josh Levin showed in his recent book "The Queen." The truth is that such welfare abuse is highly unusual. While hard data on the extent of welfare fraud are difficult to come by, the Atlantic suggests that "fraud accounts for less than 2 percent of unemployment insurance payments." The Congressional Research Service reports that "SNAP fraud is relatively rare,"finding that "for every $10,000 in benefits issued to households participating in SNAP" - the Supplemental Nutrition Assistance Program - "about $11 were determined by state agencies to have been overpaid due to recipient fraud."To put this into perspective, the IRS estimates that about $1 out of every $6 owed in federal taxes is not paid because of tax evasion or fraud.

Conservatives such as Robert Rector of the Heritage Foundation often argue that safety net programs actually hurt the poor rather than helping them. Such programs, the idea goes, give people an attractive alternative to employment. "Welfare creates a need for even greater assistance in the future,"Rector wrote in 2014. Sen.Marco Rubio has also criticized these programs in similar terms, saying: "For fifty years now, we have tried big government. Yet too many people remain trapped in despair."

But the evidence shows that safety net programs can be quite effective in shrinking the numbers of people in poverty. For example, in Western industrialized countries with robust safety nets, poverty has been substantially reduced. We know this by comparing poverty rates before and after government transfers. The most recent data show that countries such as France and Finland have been able to cut the extent of their poverty by nearly 80 percent, whereas the weaker programs in the United States have achieved a decrease of only 35 percent. Two U.S. programs that have been quite effective in reducing poverty, though, are the earned-income tax credit and the child tax credit. It is estimated that 10.6 million people have been pulled out of poverty as a result of these policies.