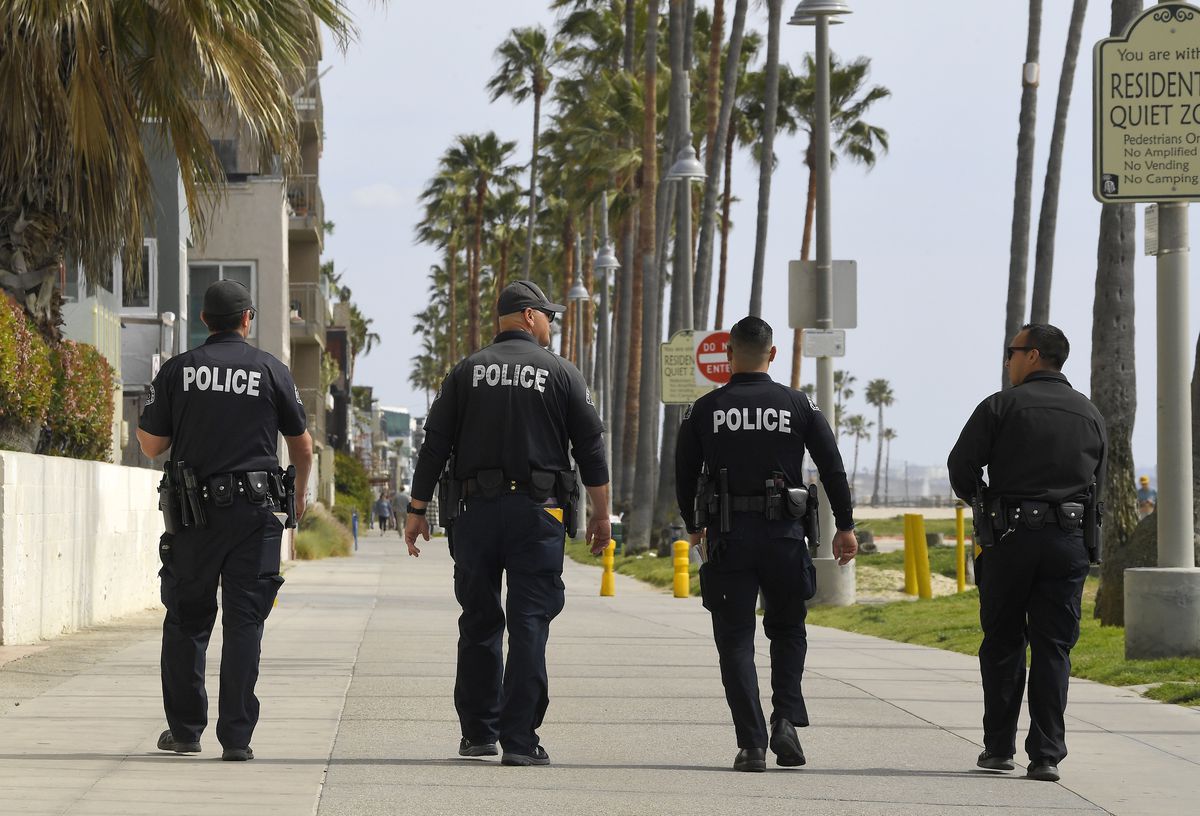 Alex S. Vitale is a professor of sociology and the coordinator of the Policing and Social Justice Project at Brooklyn College. He is the author of “The End of Policing.”

In the wake of the 2014 protests in Ferguson, Mo., President Barack Obama’s Task Force on 21st Century Policing recommended such reforms as implicit-bias training and an increase in officer diversity - an approach that is now shaping much of the official response to the killing of George Floyd in Minneapolis. But the public conversation about valuing or “defunding” the police is rife with erroneous assumptions about the institution. Here are five.

Myth No. 1: Police spend most of their time fighting crime.

Pop culture portrays police largely as elite detectives, intensely focused on tracking down the worst of the worst: drug kingpins, serial killers, child kidnappers. An analysis published in the journal Criminal Justice and Behavior found that 66 percent of the crimes depicted in three popular TV police dramas were murder or attempted murder. And Attorney General William P. Barr claimed in a speech at a Fraternal Order of Police conference last year that, “We are fighting an unrelenting, never-ending fight against criminal predators in our society.”

But police mostly spend their time on noncriminal matters, including patrol, paperwork, noise complaints, traffic infractions and people in distress. An observational study in Criminal Justice Review shows that patrol officers, who make up most of police forces, spend about one-third of their time on random patrol, one-fifth responding to non-crime calls and about 17 percent responding to crime-related calls — the vast majority of which are misdemeanors. About 13 percent of their workday is devoted to administrative tasks and 9 percent to personal activities (such as eating). The remaining 7 percent of the time, officers are dealing with the public, providing assistance or information, problem solving and attending community meetings. A 2019 Vera Institute of Justice report found that fewer than 5 percent of arrests are related to serious violent crimes.

Myth No. 2: A diverse police force leads to better policing.

After the 2014 killing of Michael Brown, observers commonly noted that the Ferguson police department was substantially whiter than the population it policed. Both the Justice Department's 2015 report and local activists called on the city to recruit more officers of color. Similar proposals have surfaced in recent weeks: Minneapolis Mayor Jacob Frey has emphasized hiring "more black and brown officers" and "making sure that the police department actually reflects the community at large."

Yet numerous studies show that the race of officers has no effect on the quality of policing. Having more diverse police forces does not reduce racial disparities in police killings, citizen complaints, vehicle stops or arrests to maintain order. A 2017 Indiana University study did find some modest improvements related to diversity, but only in a very small number of big-city departments; the rest of the departments in the study showed worse outcomes as diversity increased. While some recent research shows minor advantages to having more diverse police departments, the overall trend remains negative, in part because institutional pressures on black officers require that they not show any deference to black citizens. “It’s a blue thing,” writes Michigan State University criminal justice professor Jennifer Cobbina.

Myth No. 3: Implicit-bias training can root out racism in policing.

This was one of the central planks of the Obama administration's Task Force on 21st Century Policing: Racial disparities could be addressed by trainings designed to root out unconscious and unintentional bias. The Justice Department and private foundations have disbursed millions of dollars to local police departments to give this training to their officers. This month, Texas announced that it would require every police officer to receive implicit-bias training.

This training assumes that the problems of race in American policing stem from discretionary decisions by individual officers, driven by unconscious prejudice. But law professor Jonathan Kahn has shown that the research basis for this training is flawed. While implicit bias appears when you group large numbers of people together, it doesn't show up consistently at the individual level, which is how police officers usually interact with the public. More important, advocates of such training have not proved a connection between the scoring on bias tests and actions in the world. They also lack evidence to support the effectiveness of the training to influence officer behavior.

Such training also fails to address American policing's explicit racism problem. Officers have been associated with white-supremacist organizations, have made racially offensive postings on social media and have exchanged racist texts and emails. They are represented by union officials who often defend officers' racist conduct.

Advocates of this approach argue that the community should bring its concerns to the police, developing joint strategies for resolving those problems, and that this gives cities and neighborhoods more control over crime-fighting and "empowers average citizens," in the words of one of the fathers of the movement, Robert Trojanowicz.

Research on community policing, however, shows that police give up little power in this process. University of Washington professor Steve Herbert, evaluating community policing in Seattle, found that the police were actively involved in deciding who constituted the "community," systematically excluding voices critical of law enforcement. Similarly, a 2019 study in Los Angeles showed how officers made their own decisions about who was a legitimate community actor: For example, in zoning discussions they lent support to corporate chain stores over mom-and-pop businesses in an effort to create a more easily policed environment, because the former are more likely to have their own security forces and surveillance cameras.

Myth No. 5: The police can effectively help with mental health crises.

"Unless you can make people perfect and have no mental health issues, I think it's inevitable police officers are going to be on the front line," a Connecticut Police Academy trainer recently told the Connecticut Mirror. In New York City, the number of 911 calls reporting "emotionally disturbed persons"almost doubled over the past decade, to nearly 180,000 a year. Across the United States, up to 10 percent of all police interactions with the public involve people with serious mental illnesses, according to a study in the journal Psychiatric Services. Cities have poured millions of dollars into the Memphis Model, which directs specially trained officers on "crisis intervention teams" to respond to such situations. This month, New York Gov. Andrew Cuomo, D, signed legislation requiring, among other things, that police provide for the "mental health needs of those under arrest or in custody."

Police are ill-equipped to play this role. Between 25 and 50 percent of all people killed by police in the United States are having a mental health crisis, according to the Treatment Advocacy Center. And research on the effectiveness of specialized training for these calls is not encouraging. A 2014 Criminal Justice Policy Review meta-analysis showed no improvement in safety for officers or the public from the use of crisis intervention teams. A 2019 study by researchers at the University of California at San Francisco and San Quentin State Prison found that evidence to support the training was contradictory and that, in most cases, deploying the teams didn’t affect arrest and use-of-force rates. The only time we see improvements in the outcomes of these calls is when such teams are combined with increases in community-based mental health services.