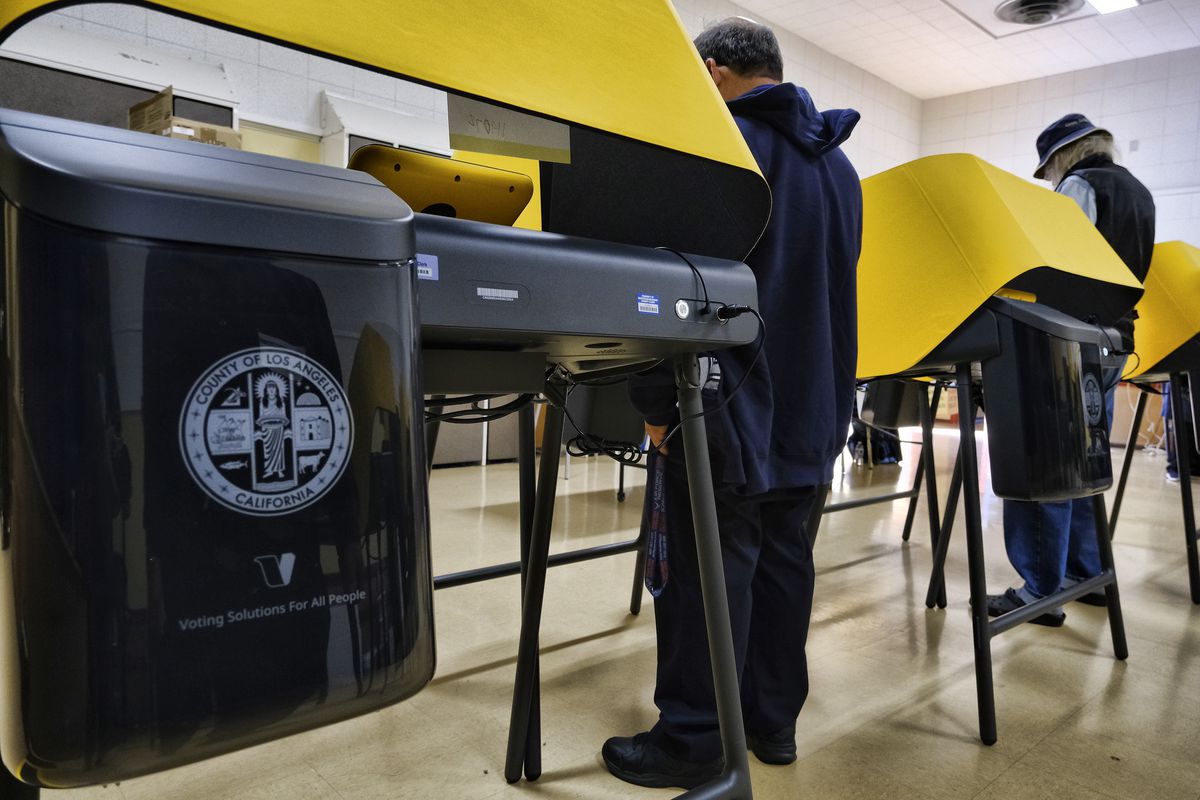 From Nevada to Colorado to Louisiana to Kentucky, thousands of people with criminal records became eligible to vote for the first time in 2019. Californians will soon decide whether to restore the franchise to parolees, and Washington, D.C., is on the verge of becoming the first U.S. jurisdiction to re-enfranchise incarcerated people. At the same time, in July, the Supreme Court refused to hear a case related to the restoration of voting rights to Floridians with criminal records, despite passage of a 2018 ballot measure that re-enfranchised them. An assortment of American laws limit voting rights for the incarcerated, but it’s less clear how they affect our democracy. Here are five myths about felony disenfranchisement.

In 2016, former South Carolina state treasurer and "Southern Charm" star Thomas Ravenel posted his endorsement of then-candidate Donald Trump: "I can't vote in the Presidential race because of my conviction but you can." Last year, activist April Reign lamented on Twitter that Kelley Williams-Bolar "can't vote in 2020" because she served nine days in jail for using her father's address to enroll her children in a preferred school.

In 2008, Ravenel was sentenced to 10 months’ confinement plus three years’ probation on a federal drug charge. Under South Carolina law, he was automatically eligible for reinstatement of his right to vote upon completion of that sentence - at least one 2016 report found that he had already resumed voting. Williams-Bolar can vote in her home state of Ohio as long as she’s not in prison.Only one state, Iowa, bans all felons from voting for life. But Republican Gov. Kim Reynolds promised in June to re-enfranchise people who’ve come home before the Nov. 3 election.

Disenfranchisement laws are relics of Reconstruction.

Felony disenfranchisement laws are often characterized as ancient anachronisms. In a 2014 speech, then-Attorney General Eric Holder said that "well over a century has passed since post-Reconstruction states used these measures to strip African Americans of their most fundamental rights." The New York Times also described the practice as "guided by the ghosts of the post-Civil War era, when disenfranchisement laws were aimed at newly freed blacks."

But not all states adopted these policies as a reaction to the 15th Amendment. In fact, only 13 states enacted felony disenfranchisement statutes during the post-Civil War Reconstruction era. Fifteen states did so after Reconstruction, and of those 15, nine were passed during the 20th century. Massachusetts passed its version less than 20 years ago.

People with felony convictions are liberals.

But people with criminal records are not a monolith. According to the Atlantic, more than 6,000 inmates in Puerto Rico, about one-sixth of all ballots cast, voted in the 2016 Republican primary. A New York state parole officer told WNYC radio that some of his supervisees supported Trump in 2016. A 2018study of former inmates in Florida who had their voting rights restored under Republican Gov. Charlie Crist found that while 87% of Black voters in this group registered as Democrats, among non-Black voters, registration was 40% Republican, 34% Democratic and 26% unaffiliated. Amendment 4, the 2018 Florida constitutional amendment that re-enfranchised 1.4 million people, is under review by an appellate court. But a year after it passed, the Florida Times-Union reported, "Democrats' voter registration advantage over Republicans is slimmer than it was in 2018 or 2016, when Republicans won the state, and it's significantly slimmer than in 2012 and 2008."

Writing for the Guardian in 2012, Harry Enten estimated that if disenfranchised felons had been allowed to cast ballots, Al Gore "would have increased his margin over George W Bush by at least 500,000 votes." In 2004, in the Perspectives on Politics journal, researchers Jeff Manza and Christopher Uggenstated: "It is certain that ex-felon votes would have helped Al Gore carry [Florida] and thus the election in 2000." The title of Sasha Abramsky's book "Conned: How Millions Went to Prison, Lost the Vote, and Helped Send George W. Bush to the White House" speaks for itself.

When margins are so slim - Bush won Florida (and thus the state's electoral votes and the presidential election) by 537 votes - many factors could have caused a different result. Scholars overestimate the turnout rate among disenfranchised ex-offenders, if they were allowed to vote, and underestimate how many would have voted Republican. Manza and Uggen's study pegged the turnout rate at 35%, when some studies have found that it's closer to 10%. And in Florida, the majority of former prisoners in 2000 were white men - a group that tends to vote for the GOP. Northwestern University political scientist Traci Burch found that Gore would have needed 36% of white men with felony records to vote for him, which she deemed "implausible."

While suppressing votes may be disenfranchisement’s purpose, it’s not its effect. For felony disenfranchisement to suppress people, they have to be voters. Most people with felony records simply don’t show up at the polls, even if they’re eligible to vote, even when their rights are explicitly restored. According to researchers Marc Meredith and Michael Morse, in the six states they studied, only between 8% and 14% cast ballots in the 2008 and 2012 presidential elections after having their rights restored. In Maine and Vermont, where no one loses the right to vote regardless of their carceral status, few people in prison vote.

Five Myths is a weekly opinion feature distributed by The Washington Post.