Five myths about the vice presidency 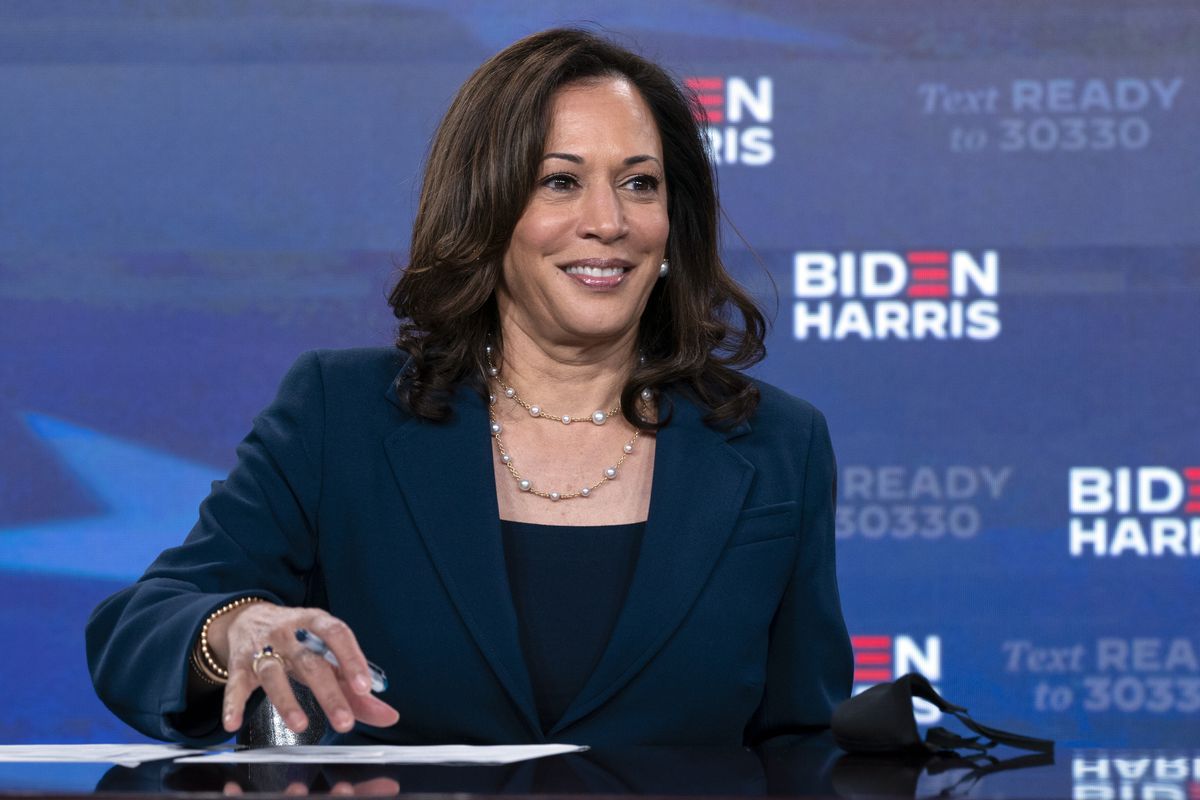 Joel K. Goldstein, the Vincent C. Immel Professor of Law Emeritus at Saint Louis University School of Law, is the author of “The White House Vice Presidency: The Path to Significance, Mondale to Biden” and other works on the vice presidency.

Former Vice President Joe Biden announced Tuesday that he had selected Sen. Kamala Harris, D-Calif., to seek America’s second office as his running mate. The transformation of the vice presidency in recent decades into a robust governmental institution has quieted the derogatory comments that long dominated discussions of the office. Yet the newfound appreciation of the role’s consequence hasn’t eliminated some enduring myths.

"No one votes for - or against - a presidential candidate because of his/her running mate," Amy Walter said this month in the Cook Political Report. Joe Lockhart, press secretary to President Bill Clinton, said that not since 1960 has the No. 2 "helped determine the outcome of the presidential race."

Although most voters weigh the presidential candidates much more heavily than their running mates, that doesn't mean the latter don't matter. The selection sends messages about the presidential wannabe's decision-making ability and values, and it shapes impressions of them. Clinton's choice of the Southern centrist Al Gore, a fellow baby boomer, propelled his 1992 campaign. The image of Clinton and Gore communicated generational and political change, a message they highlighted through joint campaign bus trips and appearances. George W. Bush's selection of Dick Cheney eight years later reassured those worried about Bush's inexperience.

Especially in close presidential elections -40 percent of them since 1960 have been essentially dead heats - what a vice-presidential candidate adds may be decisive.

Myth No. 2: Candidates prefer a No. 2 from a large or competitive state.

The Economist recently suggested that presidential candidates consider whether to "pick a partner who can bring extra voters into the fold, carrying their home state over the line." In 2016, Washington Post journalist Philip Bump referred to that "old standby" selection criteria, that presidential candidates choose a running mate to help carry a state. And "the most eminent constituency" for the belief that home states should be considered, the scholars Kyle C. Kopko and Christopher J. Devine reported in Politico, "is the presidential candidates themselves." A constructive 2016 study identified "some electoral benefit in a particular state" as a frequent factor in the selection process.

Yet modern presidential candidates don't pick running mates based on such "home state" criteria. In 2012, I demonstrated that since 1960, presidential candidates had chosen running mates from large states only 26 percent of the time, and the percentage has dropped about 2 percentage points since then. Even that statistic badly overstates the home-state selection preference. Biden didn't choose Harris to carry California, a state already in his column. The three New York members of Congress on presidential tickets (William Miller, Geraldine Ferraro, Jack Kemp) weren't named to carry New York, nor did Ronald Reagan select George H.W. Bush in 1980 to carry Texas, where Bush had twice lost Senate races and lost the primary to Reagan. Candidates frequently choose running mates from less populous states like Delaware, Wyoming, Alaska and Connecticut, and safe-state sons and daughters like Indiana's Mike Pence and Harris. Modern presidential candidates choose running mates for various reasons, but not to carry large or competitive home states.

Myth No. 3: The vice presidency exists mainly to provide a successor.

David Gergen, who has advised four presidents, recently made this claim, adding that Biden “should now select the best possible successor” and that “the most important question” was “if history calls, who would make the best president for our poisonous, polarized times? “WhiteHouse.gov proclaims that “the primary responsibility of the Vice President of the United States is to be ready at a moment’s notice to assume the Presidency if the President is unable to perform his duties.”

That's not what the framers had in mind. They probably created the office to help make the original presidential election system work. Since they feared that electors would favor their home states' favorite sons, they gave electors two votes, required them to cast one for someone from a different state and created the vice presidency as a consolation prize for the runner-up to encourage serious voting. The system quickly self-destructed and was replaced in 1804 by the 12th Amendment, but the office remained.

For much of our history, the vice president's most important role was indeed to be "a heartbeat away." But that changed with the Carter administration. Mondale and Carter envisioned the vice president as an engaged adviser and troubleshooter whose emphasis would be on helping the president govern, not simply being there on the remote chance that the president died. Subsequent administrations essentially adopted the Mondale model, and the office has experienced its greatest growth in power and responsibility in these four decades when there has been no unexpected succession. Now, the choice of a No. 2 doesn't just turn on who would be the best successor but who would be the best vice president.

Myth No. 4: A VP’s experience must complement the president’s.

Many analyses emphasize the importance of a vice president who has strengths the president lacks. In 2016, Gallup contributor V. Lance Tarrance noted that Pence's background complemented Donald Trump's, which might allow Pence to "quarterback" legislative initiatives. In praising the Harris selection, former presidential candidate Mike Bloomberg wrote of the importance of "a partner who can complement and balance the chief executive's experience."

This perspective has some validity, especially when the president is an outsider with limited Washington or national security chops. But unless they are totally asleep at the switch, presidents gain experience and relationships over time, dissipating the vice president's advantage.

Yet the problems facing a president are more than one person can handle. History suggests that vice presidents whose skills and interests overlap the president's can be effective if they give good advice and do good work. Those who do not will see their influence decline, notwithstanding the complementary backgrounds.

Myth No. 5: The vice presidency is a bad presidential springboard.

In the closing years of the Obama administration, astute journalists and scholars argued that the vice presidency was overrated as a proving ground. The Washington Post's Aaron Blake held in 2013 that "the vice presidency isn't as great a springboard as many people think." Political historian Julian Zelizer wrote the next year of the "meager" record of vice presidents running for president. Of 48 sitting vice presidents, only four, and one former vice president, have ever been elected president without first becoming president.

Since Richard Nixon was vice president, he, Hubert Humphrey and Gore narrowly lost their bids in 1960, 1968 and 2000; then Nixon (1968) and George H.W. Bush (1988) were elected, and Mondale was nominated (1984). Now Biden is in a strong position. And the interest of so many able politicians in joining his ticket suggests that they, too, appreciate the advantages of the office.