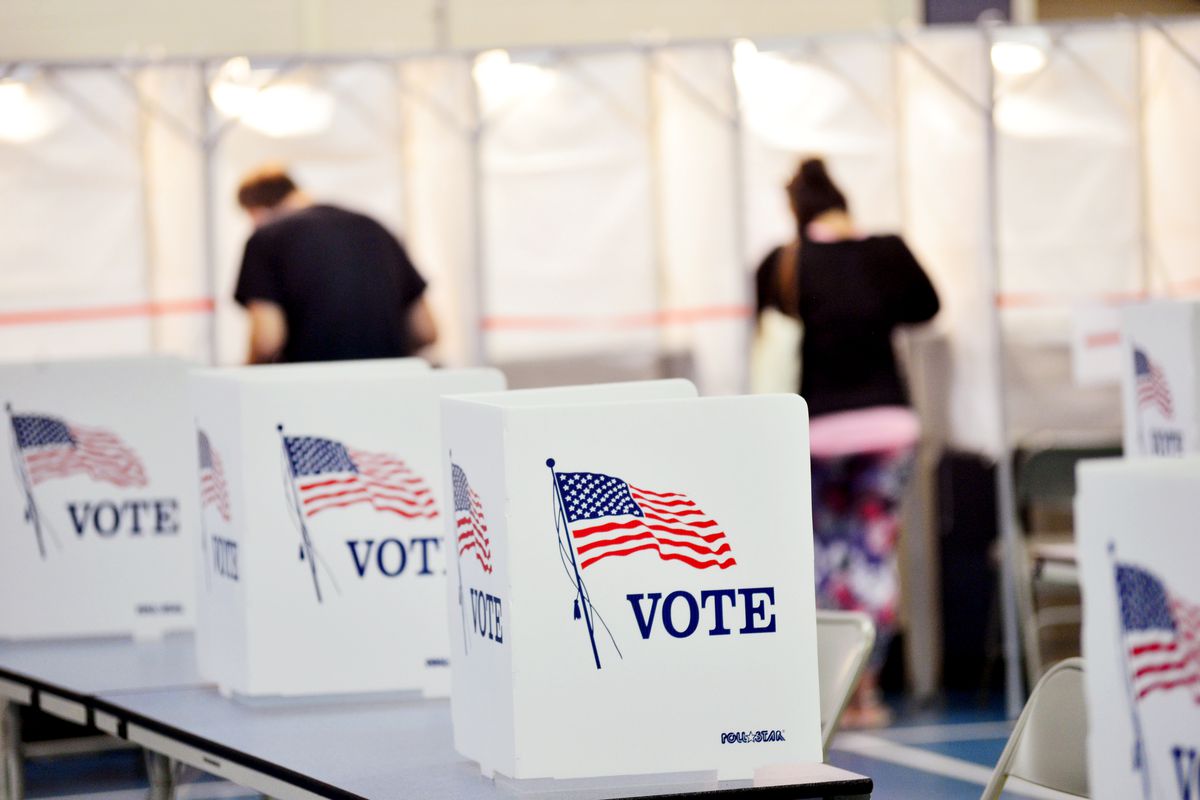 Mike Shannon directed media buying for the 2004 George W. Bush presidential campaign and coordinated polling for the White House in 2001-2002.

The deluge of national polls makes it hard to remember that U.S. presidential elections are about a map.

Twenty years ago, I was the keeper of the George W. Bush campaign map - our color-coded projection of electoral college votes based on our private state-tracking polls. Last week, I dug one of those maps out of the archives. Dated Nov. 1, 2000, it reads “Bush 305, Gore 171, Toss-Up 62.” Florida, where our nightly polls had shown us holding a five-point lead, is labeled “Lean Bush.”

New Mexico (“Solid Bush”), Michigan (Lean Bush) and Wisconsin (Lean Bush) were ultimately won by Al Gore, as were all the “toss-up” states. Florida (Lean Bush) became the focus of a historic 36-day recount. What happened? Undoubtedly there was some polling error (we lost Michigan by five points) and some category error (we should have classified New Mexico as Lean Bush based on our final polling).

But a big culprit, in Florida and many other states, was our losing a majority of so-called late deciders in the final days of the race. This 11th-hour swing toward Gore was revealed in election-eve surveys commissioned by our team’s polling and media chief, Matthew Dowd, who worried about the impact of an unwelcome November surprise that had seemingly reversed our momentum going into the final weekend - the revelation of Gov. Bush’s three-decades-old DUI arrest.

The map is a prime example of the uncertainty in projecting presidential races when there is a deeply divided electorate and the potential for late-fall surprises. It has also strengthened my conviction about predicting the 2020 outcome, which can be summed up in three words: Nobody knows anything.

That’s hyperbole, of course. We do have helpful directional data, including polling, economic indicators, state demographic trends and historical patterns. They suggest an edge for former vice president Joe Biden over President Donald Trump. We should be skeptical, however, of how this data is translated into outright predictions, widely circulated financial analyses and models of comical precision. (Biden’s chance of victory is 77%, 80.7% or 85%, according to FiveThirtyEight, the New Statesman and the Economist, respectively.) All the data - and every model and prediction based on them - are overshadowed by unusual factors that create enormous uncertainty.

First, we’ve had no real general election campaign yet. Most of the season has been postponed because of the coronavirus pandemic. Trump has had just a handful of his beloved rallies. Biden has mostly stayed at home. The in-person conventions were canceled, replaced by virtual conventions that recorded a collapse in voter interest (only 28% said they watched at least some of the 2020 Republican National Convention, compared with 64% four years ago) and that were virtually bounceless, the first time in modern history when neither candidate appeared to get a bump. In this campaign-less campaign, Trump has been the only player on the field, which has been to his detriment. This will change with the debates, which could be the most consequential of our lifetime and should provide a better sense of the race.

Second, to continue the sports metaphor, even as an abbreviated season gets underway, a dense fog is covering the playing field, making both the ground game and scoring difficult: No one knows how the pandemic will affect voter turnout or the actual casting of ballots. This is a big deal for forecasting and polling - an everything deal when swing-state poll margins are within five points, which is where most are today. Moving turnout share just a few points here and there among Republicans and Democrats could have changed three of the past five presidential outcomes. A measurable disparity in whose supporters' votes are actually counted - because of higher rates of disqualification of mail-in ballots, pandemic-related difficulties at the polls or even partisan malfeasance - could have a similar effect.

Now, a Supreme Court nomination fight has burst onto the campaign playing field with less than two months to go. With it comes a new layer of unpredictability. There’s no modern precedent to help us forecast how this will affect the contest.

Finally, there is an additional significant factor of uncertainty unrelated to the pandemic or the Supreme Court - the dimensions of the playing field itself. That was the story of 2016. The out-of-bounds markers were ignored, with election interference by a foreign power, the FBI director’s disregarding of long-standing bureau policies to report on Hillary Clinton’s use of emails, and the unauthorized release of some of Trump’s tax records. Who knows whether similar surprises will happen in the next eight weeks, but Microsoft’s recent report about foreign cyberattacks targeting the campaigns certainly raises the possibility. The Justice Department is at least as unsettled and unpredictable now as it was in 2016.

Even more important in 2016, reliably Democratic states made big leaps toward becoming Republican, and vice versa, even as the national polling and results suggested stability. Clinton’s national margin (+2.1 points) was just 1.8 points below President Barack Obama’s 2012 margin (+3.9 points). But in Pennsylvania, Wisconsin and Michigan, she underperformed Obama’s 2012 margins by 6.1 points, 7.7 points and 9.7 points, respectively. These huge swings cost Clinton all three states and the presidency. All three were part of the so-called Blue Wall states that had voted Democratic in the past six presidential elections. Historical patterns lose their predictive value in times of political, informational, economic and cultural disruption.

We will know more about 2020′s contours after the debates. And once the Election Day fog clears, it’s possible we’ll look back with hindsight and think it was all so obvious. Until then, view each prediction and forecast skeptically. Many of the maps drawn today will be just as wrong as my own from 20 years ago.