Can our democracy survive if most Republicans think the government is illegitimate? 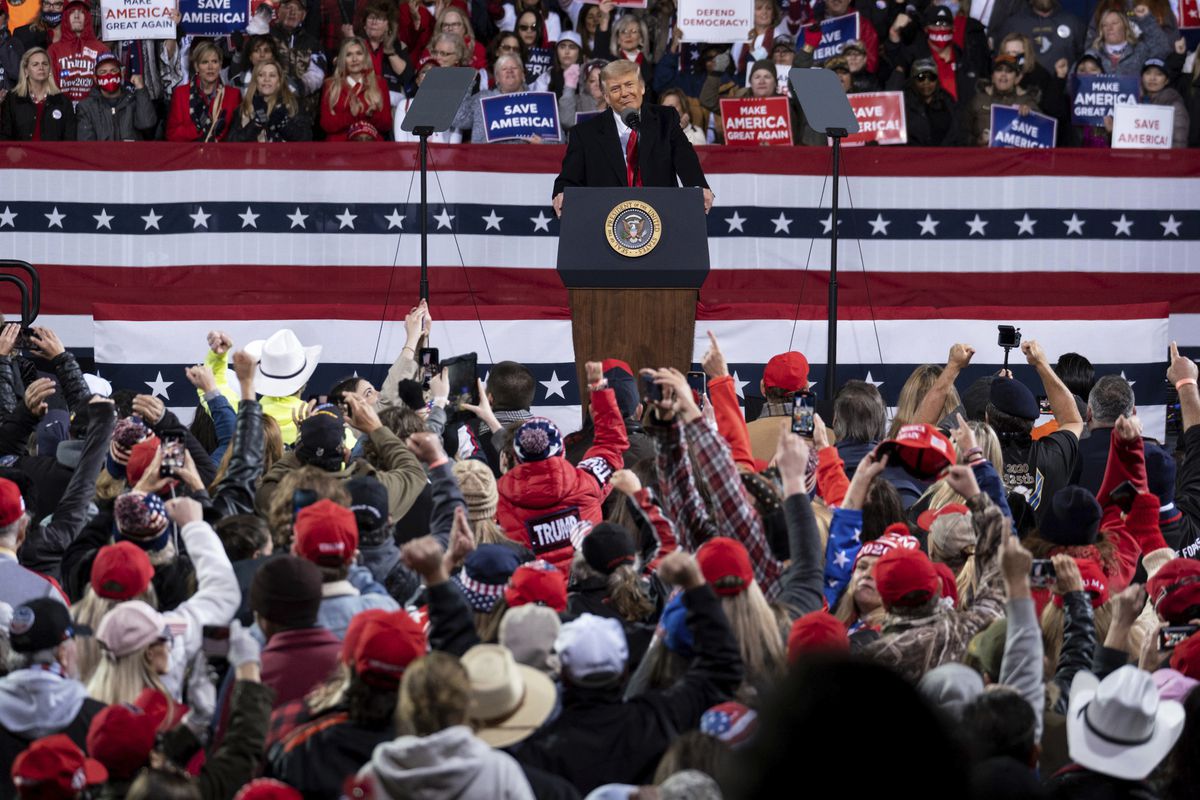 Pippa Norris, the McGuire lecturer in comparative politics at Harvard University, is the founding director of the Electoral Integrity Project and a co-author, with Ronald Inglehart, of “Cultural Backlash: Trump, Brexit and Authoritarian Populism.”

America faces a legitimacy crisis. Some 60 million Republicans deny Joe Biden’s victory. In an Economist-YouGov poll two weeks ago, 78 percent of President Trump’s voters claimed that the presidential election was unfair, 75 percent believed that the transition process should not begin and 79 percent said Trump should not concede. The president welcomes this belief and pressures local officials to reverse the outcome. Congressional Republicans support him. Parts of the country are filled with “Stop the steal” protests. Rush Limbaugh talks about secession. Will Republicans ever believe that the Biden administration rightfully holds power?

Perhaps these disputes can be regarded as a minor technical delay, generating a temporary dip in public faith in the integrity of American elections that will quickly be forgotten. After all, the courts held the line. Republican local and state officials refused to break the law. The mainstream press highlighted false claims. If Biden helps vanquish the pandemic, revitalize the economy and restore a sense of normality to public life, the “sore loser effect” — observed in many contests, especially in majoritarian winner-take-all elections — may fade. Already, liberal nightmares about soft coups and widespread post-election violence from armed right-wing groups, with the victor decided by the Supreme Court, seem to have underestimated the resilience of American democracy and rule of law. And the electorate has overcome contested outcomes before: Democrats saw a travesty in Florida in 2000; some also wrongly believed that John Kerry won Ohio in 2004; the birther conspiracy falsely held that Barack Obama was ineligible; and many Democrats argued that Trump won in 2016 thanks to intervention from Russia. None of those claims appears to have sapped the essential faith in the legitimacy of American government.

But long-term evidence indicates three reasons why this crisis may be different - and why it may worsen. If it does, it will threaten democratic governance in America.

First, in a winner-take-all presidential system, Americans are increasingly subject to minority rule. Since 1992, with a single exception (in 2004), no Republican presidential candidate has won a majority of the popular vote. Trump is a remarkable figure in American politics, but he got just 46.1% of the popular vote in 2016 and 46.8% last month, strikingly similar to John McCain’s and Mitt Romney’s totals. Nevertheless, since 1992, Republicans have occupied the White House for 12 years and run the Senate for 18 years, thanks to rules that guarantee rural overrepresentation.

Second, as Republican flag-bearers failed, the party seemed to have gradually lost confidence that it could win a majority of the popular vote in free and fair contests. There is growing evidence that adherence to soft democratic norms (not threatening critics with “Lock ‘em up” or violence, for instance) crumbled, and authoritarian values and practices started to take root in the party, even before Trump descended his golden escalator. These rely on the notion that one tribe is under existential threat from another, justifying progressively more radical actions in (what adherents see as) self-defense. Republicans have sought political advantage, for instance, by suppressing voting rights through strict state voter-ID laws and limited access to convenient balloting.

After Trump took office, these tendencies worsened. Party members defended the separation of migrant parents from their children, tolerated extreme white-supremacist movements (like the one that showed up to the Charlottesville, Va., rally) and backed efforts to quash peaceful protest (as in Lafayette Square). GOP attorneys general in 18 states are now backing Trump’s push to overturn the electoral college result. Such practices will eventually become institutionalized if they become entrenched by formal laws or informal social norms.

Two recent independent cross-national studies, by the V-Dem project and the Global Party Survey, which I direct, estimate that, compared with many other political parties in the West, the position of the GOP today toward principles of liberal democracy is relatively extreme, closer to authoritarian populists such as Spain’s Vox, the Netherlands’ Party for Freedom and the Alterative for Germany, rather than mainstream conservative and center-right parties. By contrast, the Democrats are estimated to be more similar to many moderate parties within the mainstream center-left.

Finally, contentious elections in divided countries suggest that the damage here is likely to endure. The World Values Survey, which I run, has monitored public attitudes toward electoral integrity across a wide range of societies since 2012. The evidence demonstrates that public faith in electoral integrity matters for feelings of political legitimacy among supporters of all parties. In general, conspiratorial beliefs about electoral fraud, rigged contests and stolen votes usually have damaging consequences. In many countries, contentious elections erode confidence in electoral authorities and procedures, deepen dissatisfaction with how democracy works, reduce citizens’ willingness to obey the law and to vote, fuel protest movements, and even, in the worst-case scenarios, trigger violence and exacerbate conflict in deeply divided societies such as Kenya, Belarus and Venezuela.

These risks are unlikely to undermine American democracy overnight; several resilient institutions (courts, for instance) have blocked Trump’s authoritarian pressures. But the foundations of American civic culture have been gradually weakening for decades. The World Values Survey asks whether people approve of various types of political systems, including “having a strong leader who does not have to bother with parliament and elections.” In 1995, 24% of Americans thought this was a very or fairly good idea. The figure has risen steadily, and by 2017, 38 percent approved.

In short, elections are the heart of liberal democracy. Losers voluntarily leave office. Winners assume rightful power. There is nothing in the U.S. Constitution mandating that presidents concede graciously, but it is a centuries-old practice. When faith in these fundamental norms of democracy fades, when comity between opponents erodes, so does our civic culture.

In a liberal democracy, legitimacy is the mechanism that ensures voluntary compliance with the decisions of officeholders and acceptance of the rules of the game. It’s a judgment by Americans that those in government exercise rightful legal authority. Only then are taxes paid, regulations followed and laws obeyed.

Without legitimacy, liberal democracies grind to a halt. It’s like trying to play ball without accepting a shared rule book and umpire. Liberal democracies thrive when citizens, parties and leaders battle passionately for diverse interests and ideas - they argue and debate and defend their values. But, ultimately, they also accept temporary defeats, even when they disagree ideologically with the victors. Americans will steadily lose faith in the rules of the electoral game if it turns out that players see only a zero-sum contest in which opponents cheat. Where will we be then?