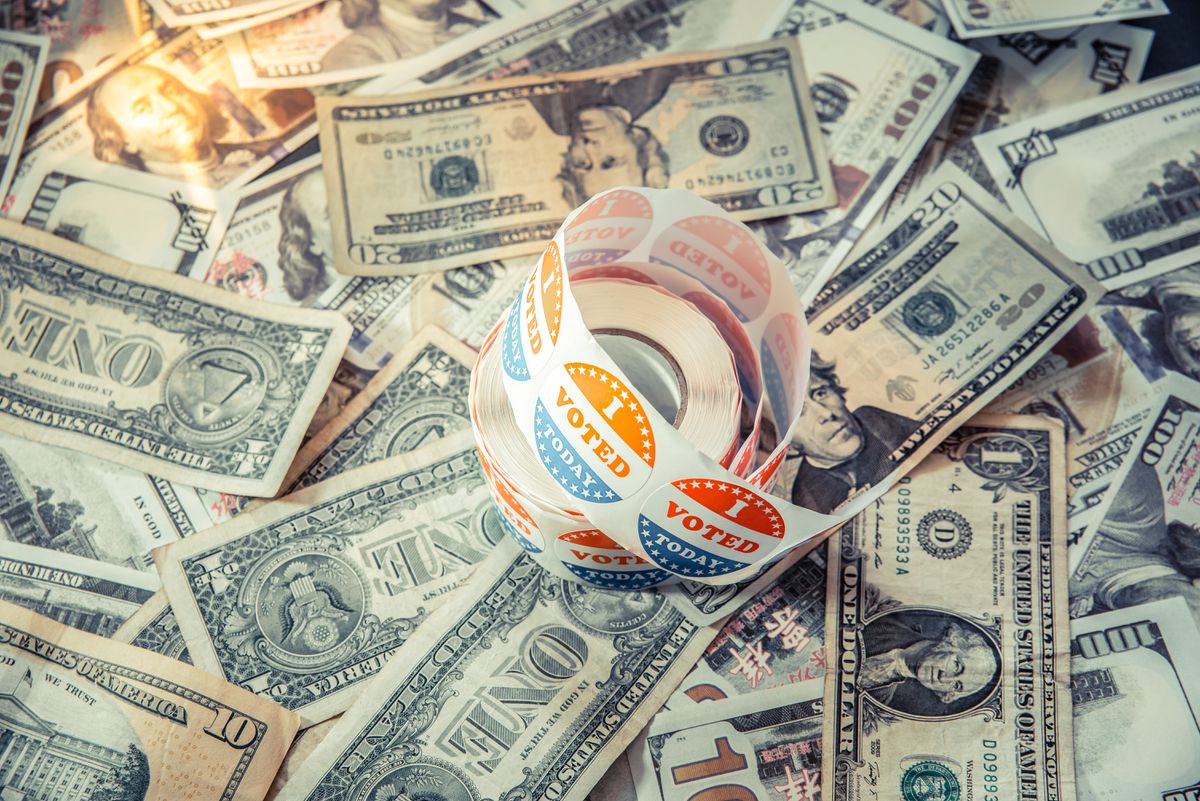 Matthew Leatherman, a financial analyst, was a Democratic candidate for North Carolina state treasurer in 2020.

Generations of policymakers have tried to find the right approach to campaign finance. The 2002 McCain-Feingold law curbed “soft money” donations to political parties but left open the door to spending by outside groups. Among other things, disagreement over Citizens United v. Federal Election Commission prompted Justice Samuel Alito to mouth the words “not true” at President Barack Obama’s characterization of that case during the 2010 State of the Union address. Americans believe that money has too much influence in politics but don’t agree on the best way to deal with it. Myths about campaign finance abound.

- Myth No. 1: Sunlight is the best disinfectant.

In a letter this month calling for greater campaign finance disclosure requirements, Sens. Elizabeth Warren, D-Mass., and Sheldon Whitehouse, D-R.I., quoted Justice Louis Brandeis’s famous phrase, “Sunlight is said to be the best of disinfectants.” A 2017 article in the Columbia Journal of Law and Social Problems titled “Sunlight is the Best Disinfectant: Public Disclosure of Electoral Advocacy in Union Member Communications” argued that disclosure requirements would allow “voters to understand more fully which moneyed interests are supporting candidates behind closed doors.”

But this works only if sunlight-exposed information comes to the attention of voters - and if they care. When I ran for office last year, I was heavily outraised by the candidate who went on to win our primary. Nearly half of his initial fundraising total was a loan he made to his campaign. But even though this information was freely available and just a few clicks away, the only person who seemed to know these facts was me.

When President Donald Trump’s false statements about payments to Stormy Daniels were exposed, it may have hurt his reputation, but it didn’t meaningfully diminish his electoral prospects or his standing with most Republican voters. It hasn’t led, so far, to any liability on his part for alleged violation of campaign laws.

- Myth No. 2: Small-dollar donors are the face of democracy.

Last year, Sen. Bernie Sanders’s campaign manager, Faiz Shakir, bragged that his candidate was running a “grass-roots” presidential campaign working to “create a political revolution one $18 donation at a time.” The Oregon State Public Interest Research Group’s website says the organization “is pushing back against big money in our elections and working to institute a system of small donor incentive programs, to amplify the voices of the American people over corporations, Super PACs and the super wealthy.”

But for millions of Americans, any donation is a large-dollar donation. They cannot give away money that they don’t have or that they owe for student loans, rent or car payments.

And small donations may bring more donors into politics, but they don’t necessarily encourage cooperative representative democracy. As New York University law professor Richard Pildesargued in The Washington Post last year: “The problem with romanticizing small-donor matching policies is that they bump up against the fundamental logic of American political participation: Those who take part most actively tend to be more ideologically extreme than those who participate less. It is not ‘everyday Americans’ and ‘ordinary citizens’ on whose choices public small-donor matching programs would turn; it is that subset who are so engaged with politics that they undertake more intensive action.”

- Myth No. 3: Companies quit politics after the Jan. 6 riot.

In the wake of the insurrection at the Capitol last month, a slew of big corporations either suspended or ended political action committee donations to members of Congress who refused to certify the results of the 2020 presidential election. UPS announced that it had “suspended all PAC contributions for now.” Aflac “paused all political donations to reassess our approach.”

But a number of corporations, such as Bank of America, pledged only to suspend or review their PAC donations, not permanently end them. Dow, for instance, said PAC donations to such lawmakers would stop - for one election cycle. Even without PAC money, campaign dollars can still come from executives’ individual donations. What’s more, candidate campaigns are just one target for political contributions, separate from things like issue advocacy campaigns and attack ads from outside groups. When the Center for Political Accountability, along with the Zicklin Center for Business Ethics Research at the University of Pennsylvania’s Wharton business school, compiles its CPA-Zicklin Index, it tracks giving to groups including trade associations, 501(c)4 and 527 organizations, and channels for independent expenditure and ballot measure advocacy.

- Myth No. 4: Candidates can refuse certain types of donations.

In 2015,Democracy for America, a left-leaning PAC, took the position that the Democratic Senatorial Campaign Committee “must stop chasing Wall Street money.” One pledge promoted by a group of environmental advocacy organizations reads: “I pledge not to take contributions over $200 from oil, gas, and coal industry executives, lobbyists, and PACs.”

Still, campaigns are contests, and resources matter only in relative terms. Superstar efforts (such as the January Georgia Senate runoffs, during which, Axios reports, nearly half a billion dollars was spent on ads) can afford to pick and choose their donors, but many campaigns are shoestring affairs spending money as fast as it comes in, trying just to survive until Election Day. The country is closely divided along party lines. FiveThirtyEight reported that according to the Center for Responsive Politics, from 2000 to 2016, except in 2010, more than 90 percent of the House candidates who spent more money won. Your dollar contributes to their success, as does every single additional dollar they can muster.

This view holds that a donation is a type of expression - and is thus protected under the First Amendment. “Money equals speech when you talk about election campaigns,”said a staff member of Minnesota’s Campaign Finance and Public Disclosure Board in 2017. It’s a view that typically flows from the Supreme Court’s rulings in Buckley v. Valeo (1976) and in Citizens United (2010). Assessing those cases in 2015, Current Affairs ran an article headlined: “Of Course Money Is Speech.”

But while speech is an infinite resource, the ability to be heard is finite. Television and radio advertising spots can sell out; consultancies that manage political mailers can reach capacity. If one campaign can price another out of the market, then the priced-out campaign doesn’t truly speak freely. The campaigns that command the public square are often those backed by corporate interests. Dissenting in Citizens United, Justice John Paul Stevens acknowledged that corporations have a right to speak, but he observed that “in the real world, we have seen, corporate domination of the airwaves prior to an election may decrease the average listener’s exposure to relevant viewpoints, and it may diminish citizens’ willingness and capacity to participate in the democratic process.”