Andrew Cuomo and the old ‘I was just being playful’ excuse 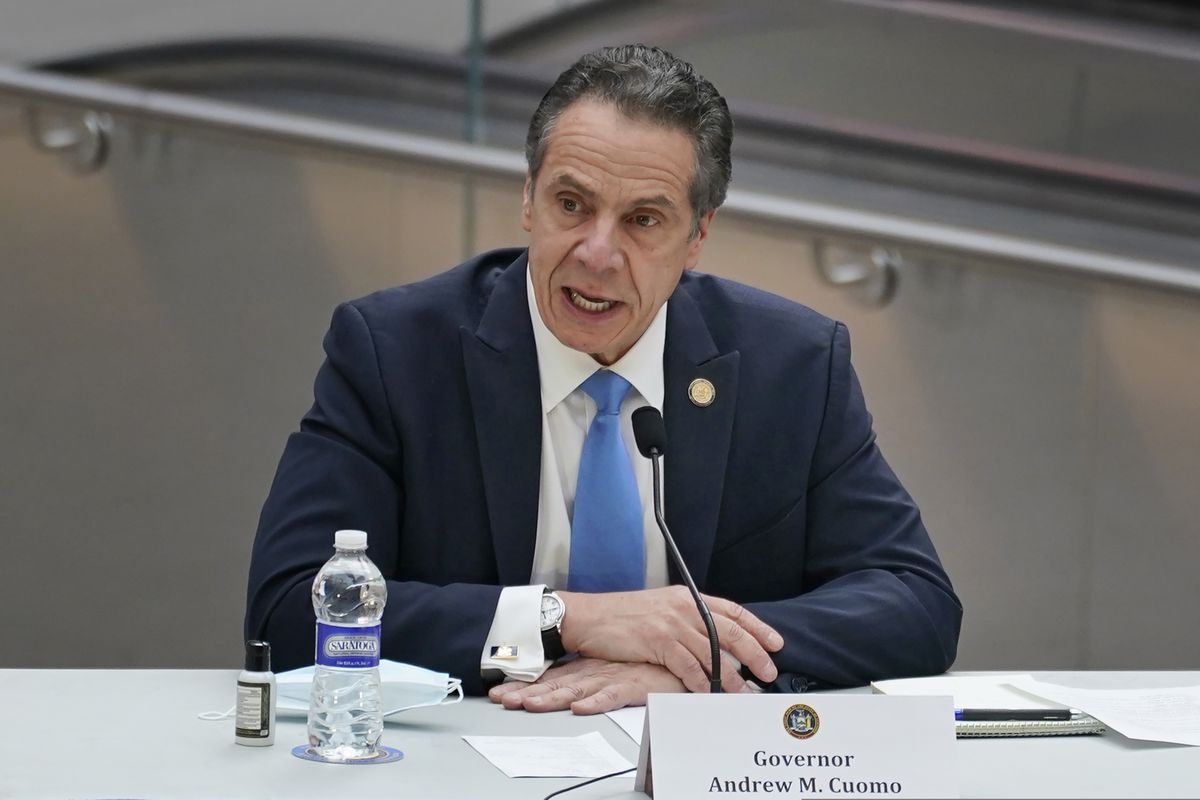 Re: Andrew Cuomo. The New York governor has now been accused of unwanted sexual attention by three women. His second accuser, who went public with her story over the weekend, says that her former boss’s harassment took place within the past year, i.e. when Cuomo had never been more visible or famous: He was giving nationally televised news conferences and basking in his role as America’s designated pandemic dad.

If Charlotte Bennett’s allegations are true — she provided The New York Times with extemporaneous text messages in which she told a friend about the governor expressing interest in her sex life — then we can presume one of two things:

His current defense pleads this option. In a statement released Sunday, he said that “at work sometimes, I think I am being playful and I make jokes I think are funny,” in an attempt to “add some levity and banter to what is a very serious business,” and that he had now come to understand that his interactions “may have been insensitive or too personal.”

He did not address specific accusations, although he did say he never “touched” or “propositioned” anyone (his first accuser, Lindsey Boylan, had said that he kissed her without consent). Cuomo told the New York Times that he considered his relationship with Bennett, the second accuser, as being that of a mentor.

Letitia James, the state attorney general, has now been given full purview to investigate the claims. This is the right development, and a chance to answer some clarifying questions:

Did Cuomo ask his male mentees whether they were monogamous in relationships, and whether they’d ever had sex with an older man?

Did Cuomo ever tell his male mentees that he was thinking about the last time he’d hugged someone, and then, if they awkwardly said they missed hugging their parents, replied, “No, I mean like really hugged somebody.”

Did Cuomo, 63, ever acknowledge his male mentees’ 25th birthdays, and then casually note that he was fine with dating “anyone above the age of 22”?

Bennett says Cuomo made all of these remarks to her. If that’s true, does that create a blatantly hostile work environment? Would these actions place Cuomo in the pantheon of hideous boss-men such as Harvey Weinstein and Charlie Rose?

These questions bring us to Option 2:

Andrew Cuomo knew exactly what he was doing. But he was crafty about it. He was operating in a world of plausible deniability and limited liability. He was saying things that were uncomfortable, but not criminal.

If Lindsey Boylan had responded flirtatiously to Cuomo allegedly calling her alone into his office to show off the cigar box Bill Clinton had given him - which she says happened and which she thought was an allusion to Clinton infamously using a cigar as a sex toy with Monica Lewinsky - then, great! Cuomo could feel free to act on the “crush” that colleagues told Boylan the governor was nursing.

But if she responded negatively, if she complained or said it was inappropriate? Well, lady, sometimes a cigar is just a cigar.

Under this dynamic, Boylan and Bennett could be his paramours, or they could be crazy. Either way, Cuomo would get to retain the image of an appropriate boss and a stand-up man in the eyes of the public - and perhaps in his own eyes, too.

What it became increasingly difficult for both women to do, they say, was just be his employees.

So, which option was it? Nobody but Cuomo can know for sure. But Option 2 is the most plausible to me, and maybe to anyone who has ever heard a variation of, “Wouldn’t it be funny if you cheated on your boyfriend with me hahaha just kidding.”

The writer Lili Loofbourow once coined the “male bumbler epidemic” to describe all the accused men whose defense was, essentially, that they were far too incompetent to have harassed anyone.

“The world baffles the bumbler,” Loofbourow wrote. “He’s astonished to discover that he had power over anyone at all, let alone that he was perceived as using it. ... The bumbler takes one of our culture’s most muscular myths - that men are clueless - and weaponizes it into an alibi.”

And so we get:

“At work sometimes, I think I am being playful and I make jokes I think are funny.”

“I now understand that my interactions may have been insensitive or too personal.”

Only now, Governor? Several years into the #MeToo movement? After dozens of powerful men have faced consequences for their inappropriate workplace behavior? A politician with the social acumen to rise to one of the more powerful positions in the country only now realizes that 20-something women don’t like being queried about their sex lives by their 60-something bosses while at work?

(His third accuser, Anna Ruch, says she met Cuomo in 2019 at a friend’s wedding, where he placed his hand on her bare lower back and, after she removed it, cupped her cheeks in his hands and asked, out of the blue, if he could kiss her: A photograph captured the face-cupping.)

To be realizing these things only now displays, if not malevolence, a lack of self-reflection. An unwillingness to look at the world and understand your place in it. If Cuomo really does believe he was just being playful, then perhaps he never interrogated himself on whether his playfulness was the same with men and women, and he never asked himself, honestly, what he was hoping the outcomes of these interactions would be.

I’ve spent the past three days fielding emails from readers demanding to know when I was going to write about Andrew Cuomo and, my goodness, at first it was hard to know what to say, or whether to say anything. In the past few years, we’ve seen sexual misconduct patterns that were so much wider, so much weirder, so much worse. Cuomo’s alleged actions seemed to take place in a liminal, discomfiting zone.

But then I realized that was the point. The point is that this scandal, more than anything, exemplifies the calculus that a typical female employee encounters every day in casual workplace sexism - the tiring, unsettling, nagging, self-doubting calculus: Is this wrong? Or am I wrong?

The point is that Cuomo could allegedly say these things to Bennett, and then go speak at a news conference with a clear conscience. He could dig for details of his employee’s sex life, and then go be a pandemic hero. Because he was, after all, just being playful. He was just adding levity.

And if you think otherwise? Well, he’s sorry that you took it that way.