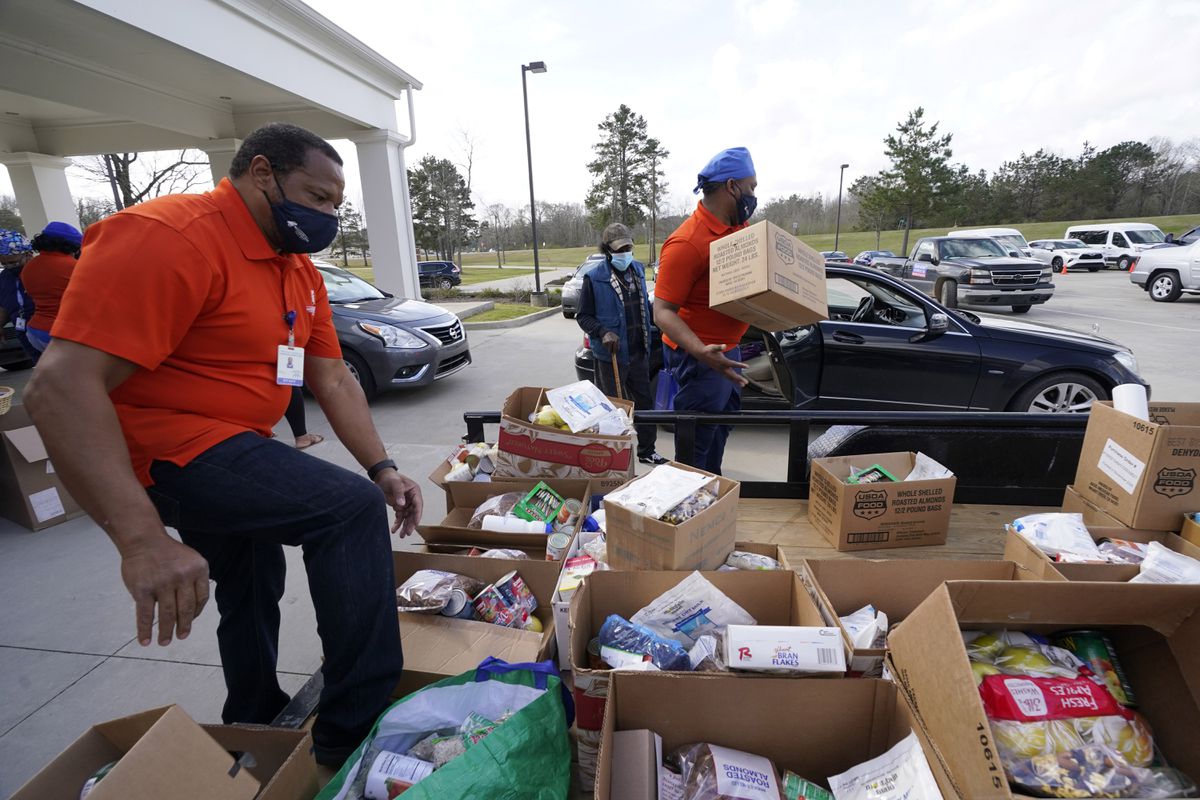 Mark R. Rank, the Herbert S. Hadley professor of social welfare at Washington University in St. Louis, is a co-author of the book “Poorly Understood: What America Gets Wrong about Poverty.”

Millions of Americans have found themselves struggling this past year with the economic aftershocks of the covid-19 pandemic. In 2021, the poverty line for a family of three was approximately $22,000. Families that once thought of themselves as solidly middle class are now straining to pay for the basics. Food banks have seen record lines outside their doors, and job security for many has vanished. Yet poverty is still shadowed by misperceptions.

Myth No. 1: Poverty happens to other people.

The media, politicians and even some social scientists often depict the poor as alien and out of step with the rest of America. “Hillbilly Elegy,” for instance, is a film rife with such images, portraying the poor as drug addicted failures. The political scientist Charles Murray once wrote, “When we know the complete genetic story, it will turn out that the population below the poverty line in the United States has a configuration of the relevant genetic makeup that is significantly different from the configuration of the population above the poverty line.” In short, poverty is abnormal - outside the American mainstream.

It turns out that a majority of Americans will experience poverty firsthand. In research I’ve conducted using a large nationally representative sample, 59 percent of Americans will spend at least one year below the official poverty line between the ages of 20 and 75. That number rises to 76 percent if it includes people who are near the poverty line. The reason these percentages are so high is that, over the course of a lifetime, unanticipated events - losing a job, families splitting up, getting sick, weathering a pandemic - strike people from all walks of life. Research from the Federal Reserve shows that 37 percent of Americans in 2019 did not have $400 to cover an unanticipated emergency. Unsurprisingly, then, when these changes occur, there may be little to protect families from poverty.

Myth No. 2: Most of the poor live in inner cities.

Poverty is supposedly synonymous with large, crime-infested urban settings such as the South Side of Chicago, North Philadelphia or Watts in South Los Angeles. Then-Rep. Paul Ryan (R-Wis.) leaned into this idea in 2014 when he said, “We have got this tailspin of culture, in our inner cities in particular, of men not working and just generations of men not even thinking about working or learning the value and the culture of work, and so there is a real culture problem here that has to be dealt with.” President Donald Trump employed similar imagery in his 2017 inauguration speech when he spoke of, “Mothers and children trapped in poverty in our inner cities.”

Based upon U.S. Census data, it turns out that only 10 percent to 15 percent of the poor reside in high poverty neighborhoods. In fact, there are more poor Americans living in the suburbs than in central cities, and some of the most extreme poverty is in rural America, such as Appalachia, the Mississippi Delta or the central corridor of California.

Myth No. 3: America’s poor can rise from rags to riches with hard work.

This is theoretically a land of opportunity where anyone can climb the economic ladder with hard work and determination. The Horatio Alger Association gives out awards each year to high achieving men and women “to remind Americans of the limitless possibilities that exist through the free-enterprise system” and that “the simple but powerful belief that hard work, honesty and determination can conquer all obstacles.” In 2012, 71 percent of Americans agreed that one could “start out poor in this country, work hard and become rich.”

Recent research indicates that there is actually less economic mobility in the United States than in the European Union or other wealthy countries. Approximately 50 percent of a father’s income advantage is inherited by his son, which means that generational wealth has a significant impact on whether and to what extent people thrive. In contrast, the amount in Norway or Canada is less than 20 percent, meaning that children in those countries have to make do more on their own. And what about rising from rags to riches? In the United States, 1 in 25 children raised in the bottom quintile of the income distribution are able to climb to the top quintile, while the figure in Denmark is nearly 1 out of 6. In our popular rhetoric, we celebrate the success of that single individual to the exclusion of the other 24.

Myth No. 4: Poverty is the result of individual failure.

According to a common line of thinking, the poor should simply work harder, make better decisions in life, develop greater motivation or acquire more skills and education. Social surveys asking Americans about the causes of poverty have consistently found that they tend to rank these individual shortcomings as most important. Ben Carson, former secretary of Housing and Urban Development, put it this way: “You take somebody with the wrong mind-set, you can give them everything in the world and they’ll work their way right back down to the bottom.” Or as Newt Gingrich declared, poor kids don’t want to work “unless it’s illegal.”

The real explanation for poverty is a severe structural failure at the economic and political levels. Poverty is the result of an economy producing more and more low-wage jobs combined with an extremely weak social welfare state. Approximately 44 percent of all jobs in the United States are low-paying without benefits; many poor people hold several simultaneously (subverting the notion of their laziness). Furthermore, instead of protecting people from falling into poverty, our social policies are designed to punish people who experience poverty. We do this by making it difficult for people to qualify for safety net programs, and offering only minuscule assistance to those who do. The result is the highest rate of poverty among the wealthy countries.

Myth No. 5: America’s poor are comparatively well off.

A characteristic 2020 report from the conservative Heritage Foundation claims that America’s poor lead a pretty good life. After all, the report notes, many in poverty have air conditioning, a phone and a television, conveniences unheard of 100 years ago. As the authors write, “the majority of those defined as poor by the government do not experience material hardship.” Similarly, the organization Just Facts claims that “after accounting for all income, charity, and noncash welfare benefits like subsidized housing and Food Stamps - the poorest 20% of Americans consume more goods and services than the national averages for all people in most affluent countries.”

Among the group of Western industrialized countries, the United States actually ranks dead last in terms of the extent and depth of its poverty according to data collected by the Organization for Economic Co-operation and Development. Life expectancy between the bottom and top of the income distribution is much wider in the United States than in other countries. And the chances of experiencing food insecurity, being victimized by a crime, exposed to environmental toxins or having unmet health care needs is far greater for America’s poor than those impoverished in all other high economy countries.