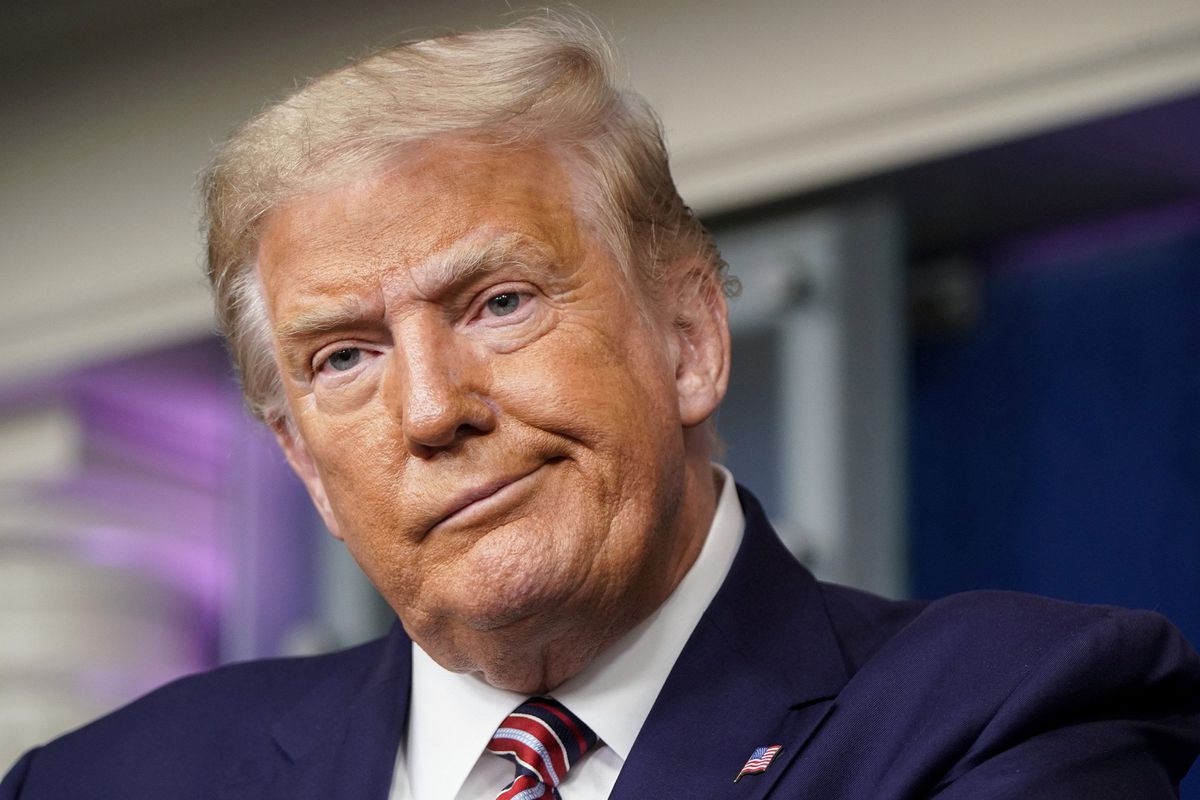 Then-President Donald Trump reacts to a question during a news conference in the Briefing Room of the White House on September 27, 2020. [Joshua Roberts/Getty Images/TNS]

Then-President Donald Trump reacts to a question during a news conference in the Briefing Room of the White House on September 27, 2020. [Joshua Roberts/Getty Images/TNS]

A remarkable consensus has emerged in the last few weeks: It’s no longer crazy to think that the COVID-19 pandemic was the result of a “lab leak” in Wuhan, China.

Just to set the stage, the lab-leak theory isn’t that China deliberately unleashed the virus as some sort of biological attack. If that were the plan, it seems unlikely that Chinese leaders would deploy this bioweapon on their own people first.

No, the theory is that this was some sort of accident — quite likely the deadliest and most costly accident in all of human history — and that the Chinese government covered it up. While not as villainous as a deliberate release, that would nevertheless be a monumental outrage because it would mean precious time was squandered that might have been better spent containing the outbreak before it became a pandemic. The death toll as of now is at least 3.5 million worldwide and roughly 600,000 in the U.S.

At the beginning of the pandemic, the lab-leak theory was dismissed by most of the media, public health officials (at home and abroad) and virtually the entire Democratic Party as a dangerous and debunked conspiracy theory.

A lot has been written recently chronicling how the media botched this story. Liberal writers Jonathan Chait and Matthew Yglesias make a persuasive case that political journalists got stuck on a Twitter-fueled anti-Trump narrative and in effect crowded out more serious and knowledgeable science journalists. Two of those serious journalists, Nicholas Wade and Donald G. McNeil Jr., have written compelling essays for the website Medium explaining how the lab-leak theory got brushed aside and why it deserves to be taken seriously.

In all of these dissections, there’s basic agreement that a key driver of the groupthink that drove the dismissal of the lab-leak theory was the media’s unremitting hostility to, and distrust of, Donald Trump.

Trump had floated the lab-leak theory often. He even suggested that China’s failure to alert the world earlier was intended to cost him the election. “China will do anything they can to have me lose this race,” he told Reuters in April 2020.

For the pro-Trump media and simply for journalists who treated the theory seriously all along (such as National Review’s Jim Geraghty and the Washington Post’s Josh Rogin), this is an opportunity to score some easy points against the rest of the media. And justifiably so. For four years, if Trump said “the sky is blue,” someone in the mainstream media would respond, mockingly, “Well, actually, scientists say ... blah blah blah.”

Trump derangement syndrome is an overused, often-abused term that nonetheless describes a real phenomenon. (Pro-Trump derangement syndrome is less frequently used but just as real.) Trump did some things right in his handling of the pandemic. The fact that we’re beating the world at vaccinating our population speaks well of the Biden administration, but it also speaks well of the Trump administration. Operation Warp Speed developed vaccines at a record-breaking pace and incentivized supply in ways that made it possible for the Biden administration to deploy the vaccines quickly. Trump’s ban on travel from China was the right idea, thought it was implemented poorly and too late. It was still better than doing nothing, yet the same groupthink that drove the media to dismiss the lab-leak theory also drove them to condemn the travel ban as “racist.”

What gets left out of a lot of the crowing of Trump-friendly media is how much Trump earned the scorn and distrust he was subjected to. It’s easy to retroactively pluck the convenient and defensible morsels from the word salads Trump spewed for four years and declare, “See, he was right!” But that ignores the larger mess Trump made.

No president in American history ever earned distrust more thoroughly or consistently than Trump. As cases and deaths surged, he used daily pandemic briefings as meandering political rallies, boasting how they had better ratings than “The Bachelor” and “Monday Night Football.” He floated the idea of injecting bleach or shining UV light internally to kill the virus. And that was just during the pandemic. From the day he came down the escalator to announce his candidacy, Trump cavalierly flung falsehoods and slanders like a monkey hurling his poo.

Again, the media deserves much of its comeuppance on the lab-leak story — and a great many others. But it’s worth remembering that in the end, the Boy Who Cried Wolf was right. However, that’s not the moral of that story.

Jonah Goldberg is editor-in-chief of The Dispatch and the host of The Remnant podcast. Email goldbergcolumn@gmail.com