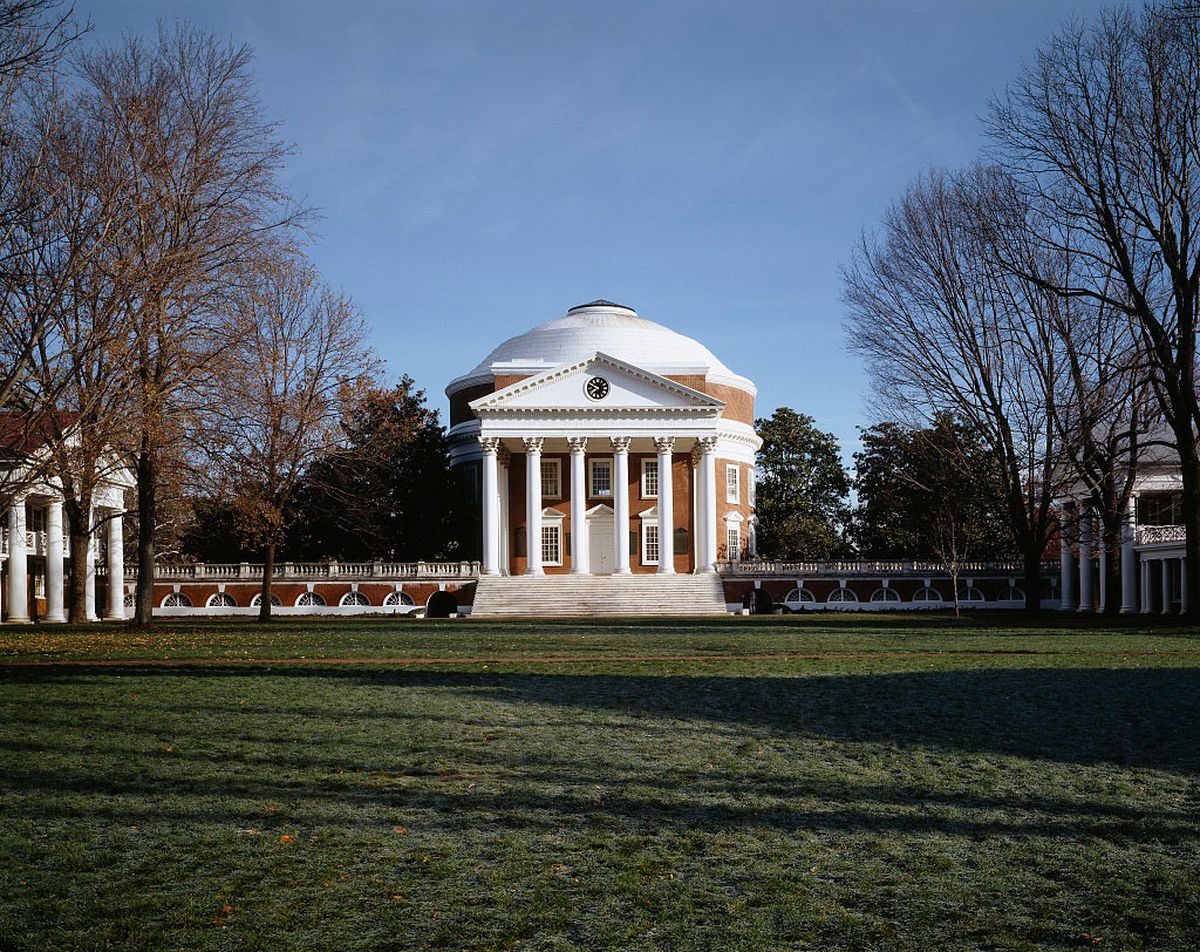 The Rotunda on campus at the University of Virginia in Charlottesville, Virginia. REUTERS/Library of Congress/Carol Highsmith/Handout

The Rotunda on campus at the University of Virginia in Charlottesville, Virginia. REUTERS/Library of Congress/Carol Highsmith/Handout

The latest salvo fired by the Republican Party of Virginia’s chairman at a University of Virginia professor needs to be called for what it is: political malfeasance and an assault on higher education.

First, the party chairman decided he’d had enough of Larry Sabato’s tweeting about then-president Donald Trump and decided to complain to the university’s management.

Never mind that Sabato is a nationally regarded political scientist who’s never been shy about leveling critiques at politicians of all stripes who say and do foolish — OK, stupid — things.

Naturally, the chairman’s letter underscored the urgency of the matter and called for an immediate investigation to decide whether Sabato’s “public display of bitter partisanship” broke the rules.

Never mind that it took well more than nine months for the party to find a target for its tirade. Then again, timing is everything when it comes to politics. And that may be what was really at work.

Virginia is one of only two states whose statewide elections don’t coincide with those for Congress or the presidency. Since former president Barack Obama’s victory in 2008, the commonwealth has become a much bluer state and hasn’t elected a Republican governor since 2009.

As a result, Virginia has also become a national laboratory to test rhetoric and strategies that will energize the electorate. And, as this year’s statewide campaigns look for margins, what we watched unfold was a thinly veiled ploy to create another wedge issue. On that score, this ill-conceived experiment to woke and expand the base has been a miserable failure.

Unfortunately, that doesn’t mean others won’t try to use the same issue with better results because what’s really at stake here is the inherent freedom — whether in an academic journal or with a tweet — to challenge and comment on another’s statements and actions.

Naturally, there are limits, but the fact that there are so few is one of the reasons that lured me from Lebanon to a place I’ve called home for 32 years. The United States has been the place where I could live without someone else telling me what to think or how or what to believe, much less which fact was real.

Plainly, those kinds of freedoms were at the heart of Thomas Jefferson’s vision for a university for Virginia that would “be based on the illimitable freedom of the human mind, for here we are not afraid to follow truth wherever it may lead, nor to tolerate any error so long as reason is left free to combat it.”

In my time in politics, I served in Virginia’s General Assembly. Walking the halls of Jefferson’s Capitol in Richmond, I did not hesitate to engage in the rough and tumble of partisan debate — nor did Jefferson the governor, vice president and president.

Likewise, it’s been an honor to learn and teach at George Mason University and serve on its Board of Visitors. At universities, free and open exchange of ideas between teachers and learners has always been encouraged. And for faculty members, those exchanges have been protected by tradition and tenure.

History is rife with hunts for people seen as political heretics. From Socrates through to McCarthyism and loyalty oaths, Nixon and Watergate, much less the recent use of various federal agencies to eliminate political enemies, the list is long, and it doesn’t take a crystal ball to see where this could head.

And what’s truly ironic is that with fewer conservative professors in academia, the luxury of hearing — and learning — from both sides would be at greater risk if the Republican Party’s chairman and those who agree with him had their way.

If anything, we are at a place where protecting free speech and academic freedoms should be badges of pride and purpose, not shame. Throughout the world, those have been ideals that have drawn immigrants like me to our shores. Now it is time to once again live up to them.

David Ramadan, a former Republican who served in the Virginia House of Delegates from 2012 to 2016, is an adjunct professor at the Schar School of Policy and Government at George Mason University.