How to stay safe when using Anchorage's trails 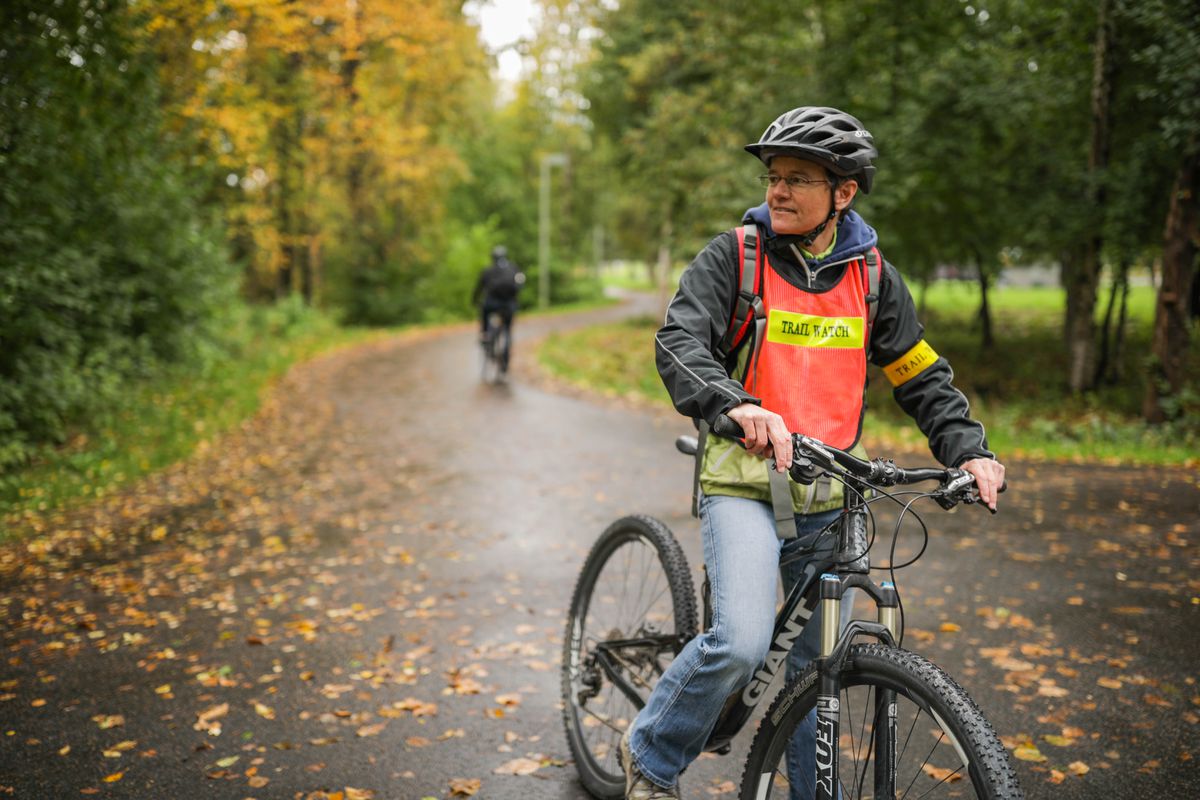 Soon after this, I talked with gal friends who regularly use Anchorage trails. We agreed: We hated changing our habits out of fear. But each of us, in the wake of that warning, did. We took different running routes or went at popular hours. Our walks were mostly in neighborhoods instead of on less-populated sections of trail. Many of us carried bear mace in downtown Anchorage, as a defense against people.

Fast forward to today. The weapon used in at least five Anchorage shootings, including two double homicides, has been identified along with previously undisclosed information about the investigations.

But the question on my mind remains: What measures can Anchorage trail users take to be safe?

First, I have noticed a difference in perception concerning safety between male to female trail users. Shocker: The women in my life tend to feel more vulnerable on the trail than the men. Me, too.

Looking at trends of assault citywide, including intimate partner violence and sexual assault, these fears are not out of the blue. According to the 2015 Alaska Victimization Survey, nearly half of the women living in Anchorage have experienced violence in their lifetime — including 1 of 13 in the past year. The survey concludes: "Rates of violence against women in the Municipality of Anchorage remain unacceptably high."

[Check out the victimization survey]

I'm not mentioning these studies to trigger fear among women about going for a run in Anchorage. Very little of the violence against women in Alaska takes place on the trails. In fact, Jennifer Castro with the Anchorage Police Department wrote in an email that none of the homicides in 2015 or 2014 were on trails or had anything to do with being on the trail system.

But these stats do underscore a difference in perception about safety among men to women. It is a stark truth that almost all women living in Alaska either know someone who has experienced violence or have experienced it themselves.

Many times, I've felt wary on the trails. Maybe it was someone shouting in the woods or a particularly long stretch with no other people. When I run, walk, bike or — hopefully soon — ski on trails, there are always considerations about when and where I'm going and with whom.

First of all, I love music and podcasts. But I don't always love drowning out my surroundings, so I decide when it's OK to have both earbuds in and when I should leave one out — and when to go without audio.

This speaks to the time of day I go outside. Certainly, soon after Anchorage police issued the warning to avoid isolated areas, especially late at night, I heeded it.

At the time, some of my friends asked: But who would be out on the trails at those hours anyway? What really struck me about the warning is that, especially when younger, I would be on the trails at all hours. It was safer and cheaper for me to ride my bike home after a couple of drinks on a Saturday night than to take a cab. It was normal, a perk of living in a city with amazing trails.

Now, when I plan to hit the trails, I think about several factors.

Westchester Lagoon and the surrounding stretches of the Tony Knowles Coastal and Chester Creek trails are almost always a sure bet in terms of use during "normal" hours — the commuting hours in the morning and evening, and throughout the day.

Campbell Creek and Ship Creek trails give me more pause, as they tend to be less heavily used.

I also think about what condition I'll be in. Last year, while training for the Ironman triathlon, I would regularly find myself at a point in a workout where I was worn out. I was still moving, but I'd prepare beforehand for when I would be too maxed out to think straight. I'd have a clear plan to do simple life things like get back home, drink water and feed myself. If I were to train this way again, with renewed awareness, I might plan my routes differently to avoid less-populated areas.

If I'm going in a less-populated area, or someplace with erratic cell service, I carry bear spray. If I were a gun person, I might do that — I have seen women on the trails running with a gun strapped to them. Unfortunately I have difficulty tying my shoelaces with any level of coordination, so I don't think I'll be packing heat anytime soon. But bear mace does provide some protection.

Organized runs, such as the Tuesday Night Pub Run, are a great way to get a boost of community spirit while running safely in a group. Then, of course, I love going outside with friends. Some of my friends have signed up for self-defense classes, another empowering approach.

Castro added a few recommendations to mine. She recommends trail users "have a point of reference in case you need to call police and they need to know exactly where you are on the trail. And always try to be as visible as possible — (wearing) appropriate lighting and reflective gear. "

Overall, my approach to staying safe on Anchorage trails is to do some planning and then go with my gut. If something seems off, I adapt. I love Anchorage's trails and I'm unwilling to succumb to a fear about what could happen out there. I plan how and when I hit the trails so I can fully enjoy them once I'm there.

If you've changed your approach to getting outside over the past year, let us know in the comments.