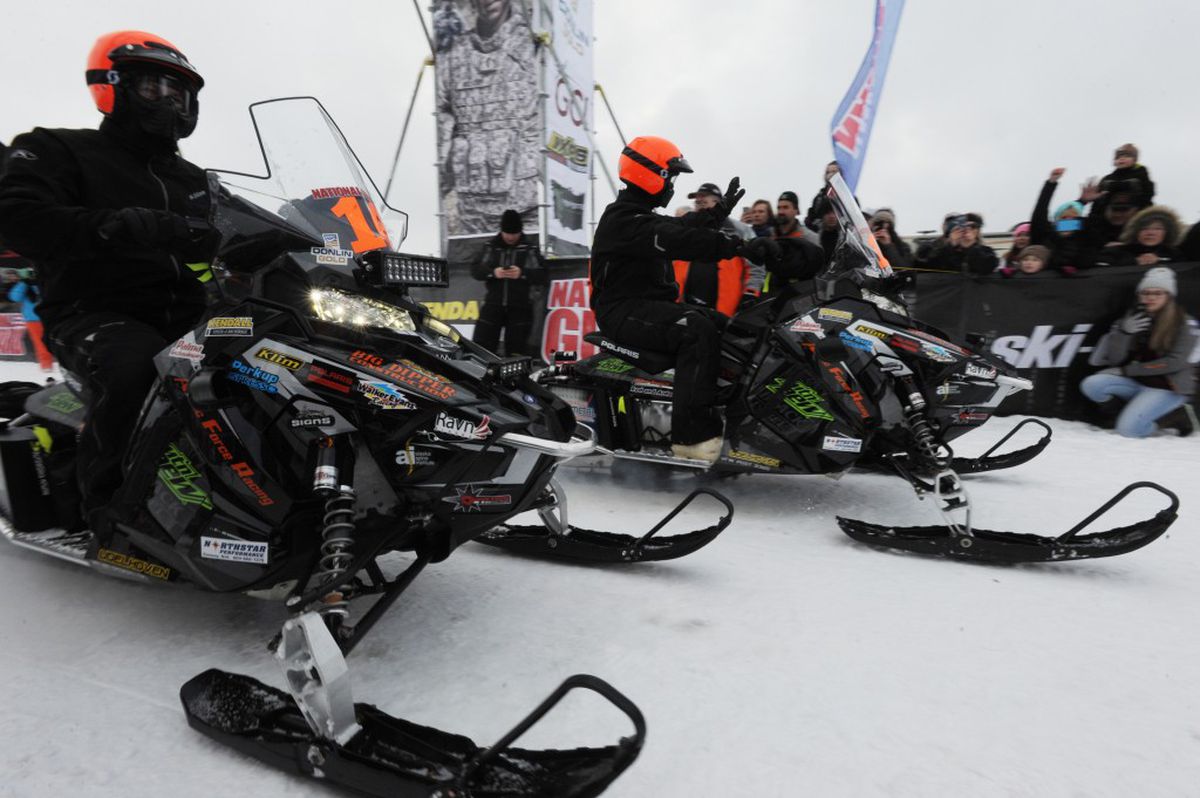 Ripping over fresh snow, the leaders of the world's longest and toughest snowmachine race zoomed over the Alaska Range as if it were a mere bump on Sunday and by evening had reached the Kuskokwim River town of McGrath.

Wasilla drivers Todd Minnick and Nick Olstad pulled into McGrath, 360 miles into the 2,000-mile race, at 6:42 p.m. and immediately declared a 14-hour layover. They had a 19-minute lead over Corey Davis of Soldotna and Ryan Simons of Alberta, the next team to arrive. Rookie Micah Huss and Ryan Sottosanti were third, another 17 minutes back.

It was no surprise a championship team had seized the lead — but it wasn't the championship team of a year ago. Rather, the Polaris-driving Minnick and Olstad were looking to reverse their fortunes from 2016, when they were runners-up behind first-time champions Tyson Johnson of Eagle River and Tyler Aklestad of Palmer.

This is the 15th Iron Dog for Minnick and 13th for Olstad, and the duo has already teamed up for two championships.

A few of the top racers covered the first 100 miles at an average speed of 60 mph or more — and with good reason. The first team to the first checkpoint in Skwentna earned a $5,000 bonus.

Two teams didn't make it much past the Big Lake starting line. Jason Moore and Robert Strick, driving Arctic Cats, and Brandon Burmeister and Tyler Bogert, on Ski-Doos, both scratched.

That leaves the field at 33 teams.