Denali National Park will celebrate its centennial in style 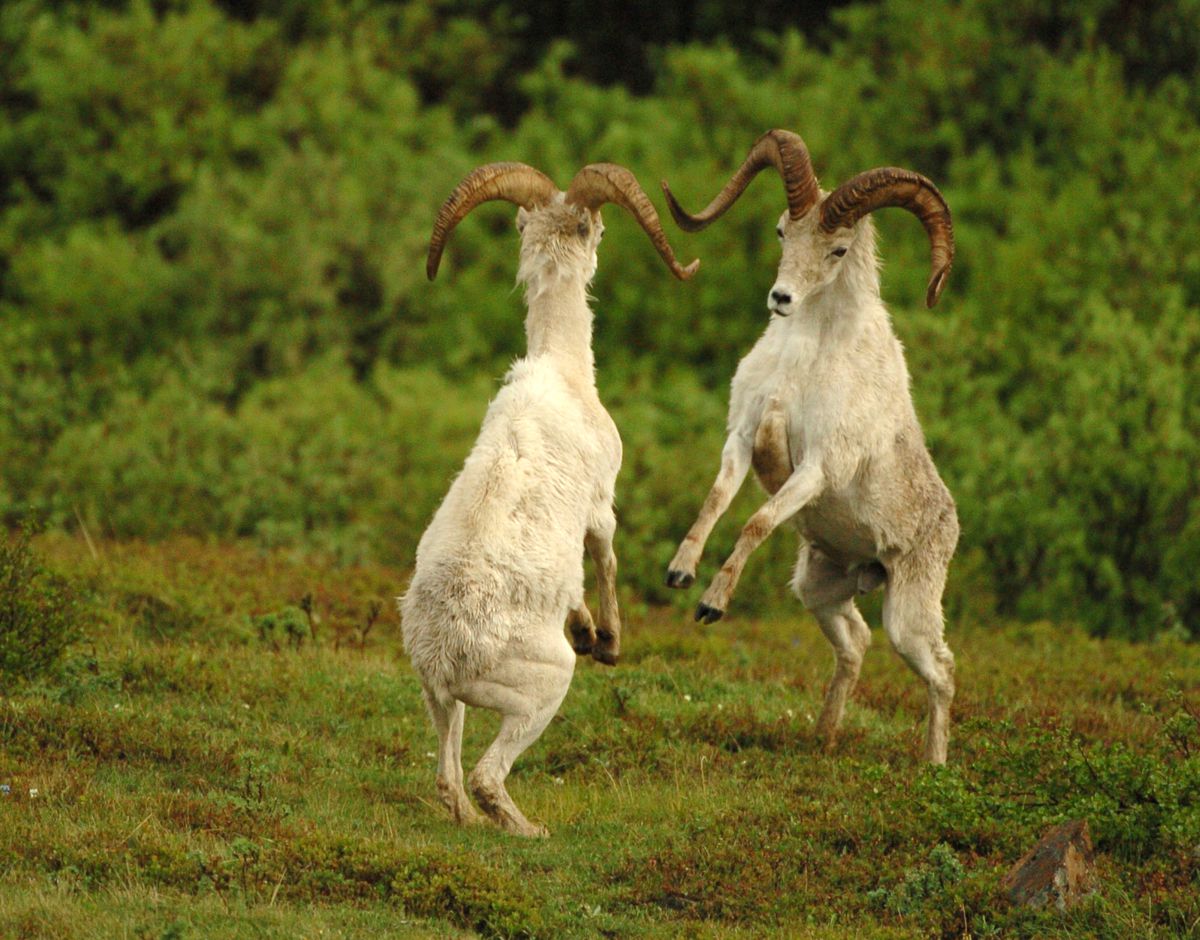 It's no secret that the National Park Service does an admirable job attracting young visitors to their 417 recognized sites and historical areas across the United States. For my generation, activities within the national park system and were an integral part of family road trips. We camped, attended evening campfire programs, and tromped trails in the company of awe-inspiring rangers, forging new memories that make up a good portion of my childhood recollection.

Last year marked 100 years of the National Park Service, with millions of visitors attending festivities to celebrate. But this year is Alaska's opportunity for a centennial milestone. Denali National Park and Preserve turned 100 last month, and park staffers are throwing a yearlong party to celebrate.

Encompassing more than 9,000 square miles of alpine tundra, taiga forest, and rugged mountains with North America's highest peak as its cornerstone, Denali has attracted attention since conservationist Charles Sheldon first raised field glasses to his eyes in 1908 and decided to advocate for this "Yellowstone of Alaska."

Defined almost immediately by its wildness when designated by President Woodrow Wilson in 1917, what was then called Mount McKinley National Park attracted thousands of people wanting to experience a place shielded from much human influence. Denali meant wildlife, mountains, and wilderness — unlike popular parks in more accessible parts of the United States.

Alaska's national parks, Denali in particular, are hallmarks of the idea that outdoor recreation, environmental education, and conservation can be rolled into a comprehensive, hands-on visitor experience no matter how you get there. Denali, though, is one of the most accessible for Alaska families with an easy-to-reach entrance along the Parks Highway and plenty of campgrounds and lodging options for overnight stays. Visitor numbers bear this out, according to Katherine Belcher, public affairs officer for Denali National Park and Preserve, who said in an email that 2016 brought 599,822 visitors, about 10,000 more than the previous year and a big increase from the 388,433 in 2012, when the Lower 48 economic downturn disrupted some travel plans.

And, of course, families with children represented many of those wilderness-seekers.

Denali National Park and Preserve is famous for its wildlife, and visitors want to see as many species as possible before leaving, said Belcher.

"There's no doubt the bulk of Denali's visitors come to see the 'big five:' moose, Dall sheep, wolves, caribou, and grizzly bears," she said. "The wild animals that live here have 6 million acres to roam and explore (for the most part) undisturbed by humans."

Belcher was adamant that Alaskans shouldn't underestimate the value of visiting Denali because they are worried it will be too crowded or commercial.

"Alaskans should remember that Denali is this unique and wondrous park sitting in the middle of their backyards. I have never talked with or heard from a visitor that was not overwhelmed and in complete and total awe of the natural beauty that exists here," she said.

The park is a year-round destination for families, whether skiing or snowshoeing miles of trails during winter or camping out in warmer months. Park staffers are particularly fond of young visitors.

My son has grown up in Denali's visitor centers, checking out backpacks filled with interesting tools for sensory experiences as a preschooler and roaming remote trails deeper inside the park as an adventure-loving tween. The key has been a willingness on our part to take advantage of free activities like guided hikes, ranger talks, and special events happening throughout the seasons. Many of Denali's landmarks feel as comfortable as our own neighborhood park now, something we fully embrace as an advantage of living within a day's drive of the entrance. This year's birthday celebration feels like a bonus.

During our most recent visit for the formal "happy birthday" party last month, rangers were quick to point out a calendar of events happening all year in honor of Denali National Park and Preserve. Belcher, who has been working at the park since 2016, is excited that visitors will be able to capture a sense of how special Denali is, and take advantage of the options happening between April and September, all of them free and family-friendly.

*April 15 and 22: Rangers will lead bike rides along the still-closed-to-cars Denali Park Road. Participants will ride a short distance along the road, looking for wildlife and learning about park topography and its ecosystems. Riders should be able to navigate uneven dirt/mud/snowy surfaces and be dressed for variable weather conditions. Bring helmets.

*June 10 is the park's annual Summerfest event, with a special emphasis on the 100th birthday of Denali National Park. Look for music, food, activities for kids, and a big birthday cake.

*In August, visitors will be able to view the newly restored cabin of Harry Karstens, first superintendent of Denali National Park, which is now located in the park headquarters area. This amazing look at the original buildings making up Denali's administrative core are a cultural resource.

*All year, the Human Hundred Centennial Challenge that kicked off in 2016 is still going strong for Denali's 100th birthday. The Park Service will host events all year, challenging participants to travel 100 nonmotorized miles using the app to track cumulative progress. Bike, hike, swim, paddle — whatever you choose. Anyone logging 100 miles is part of the human-powered mileage plan that celebrates our ability to explore Denali National Park.

Erin Kirkland is author of the "Alaska On the Go" guidebook series and publisher of AKontheGO.com, a family travel and outdoor recreation resource. She lives in Anchorage.