Buying a gun for self-protection? Ask yourself these questions first. 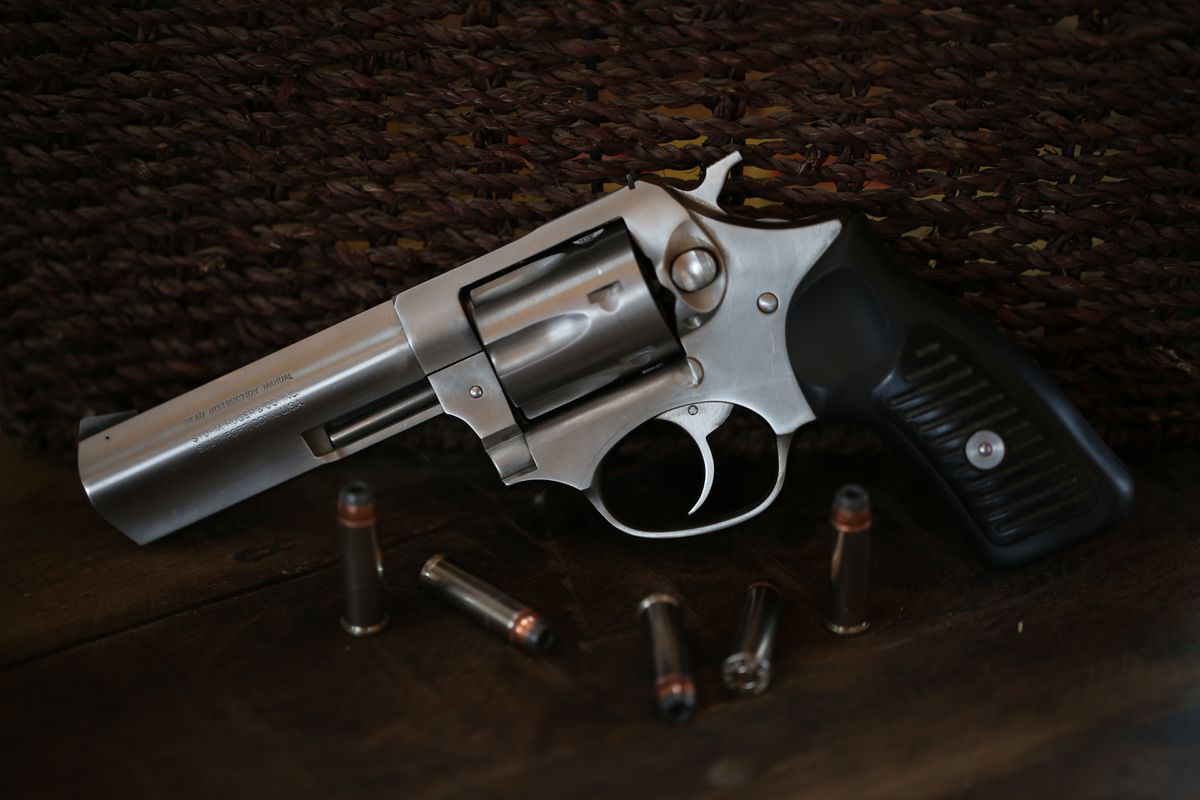 The double action revolver is simple, reliable and effective. (Photo by Steve Meyer)

The double action revolver is simple, reliable and effective. (Photo by Steve Meyer)

The first call came late one night. My then-wife Brenda answered the phone and I watched her face turn white as she slammed the receiver down. As she told me the vile things the male on the other end had threatened to do to her, my heart felt like it would pound out of my chest. We were young then, and lived in small-town Alaska. We never had reason to fear for our safety at home. Back then there was no caller ID or any of the numerous ways to track phone calls. The police installed a tap on our phone, and after about eight months they had a suspect who evidently knew he had been found out and committed suicide.

Those months were some of the worst I can remember. I was working nights, and the anxiety of leaving Brenda home alone was torture. We had plenty of guns and didn't have children, but she was not a gun person and I knew little about teaching the art of self-defense back then. Months of fear and anxiety followed.

The world has changed since then, and people have every reason to fear that some drug-crazed individual may enter their home and relieve them of the burden of existence to steal their big screen TV and pawn it for their next fix. It is a time when people who otherwise have not considered having a firearm in the home for personal protection find themselves wondering if they should consider it.

For hunters, shooters, military and law enforcement — folks who use firearms as a matter of course — it is built into their lifestyle.

The world has driven many people to learn the nuances of using deadly force in their home. That is not normal for those who aren't gun people or haven't had that life experience. Many have no idea how to start a home security program that involves a firearm.

Children will find a hidden gun

I'll assume we can all agree that every person has the right to be safe in their home and the right to protect themselves if they are threatened. Even so, I am not going to suggest you run out and buy a gun. It isn't a good choice for everyone and it would be disingenuous to suggest it is. So, first, some questions to ask yourself.

Do you have children and if you do, can you, to a mortal degree of certainty, secure the gun from the curiosity that all children possess while still being able to access it quickly should things go bad? It is a serious question and perhaps the most difficult problem to solve.

Here's what won't work — hiding the gun or putting the gun up high where you think they can't reach it. They'll find it, or they'll figure out how to climb to it.

Separating the magazine of a semi-auto pistol from the gun won't work either. Again, they'll find both, and they'll figure out how the two go together.

Underestimating the resourcefulness of children manifests itself in many ways, and you can't afford for that to happen. There are small lock boxes that a person can access with codes/fingerprints/keys, some have all three options and can be set up for more than one person. These are perhaps the best compromise between safety and rapid access.

Some will suggest that you simply raise kids right and teach them to use guns and how to handle them safely. This is common for gun people, and it can be successful, but it does not apply to someone who isn't a gun person, someone already skeptical about bringing a gun home.

A fair argument against a home-protection firearm is that it's more likely to harm a member of the household than anyone else. This is a bit of an exaggeration as most of the statistics on this include suicide, the predominant way the gun is used to harm the resident. But there are still incidents, most involving children, where the gun in the home has been used to harm members of the household through negligent ownership. Are you willing to take steps to ensure that does not happen?

Do you have a plan for what the children are supposed to do when something goes wrong? Imagine your child running out in panic and getting between you and an assailant.

If you don't have children or believe you can solve the access issue, consider this: Am I capable of harming another person to protect myself and my family?

Shooting a pistol, even at conversational distances, requires practice. Are you willing to put in the time and spend the money necessary to learn to shoot quickly and accurately? Are you willing to get some basic instruction in how one goes about responding to threats, gun in hand?

If you do shoot someone in your home, have you thought about the legal and moral issues that follow? Do you have next-door neighbors, such as in apartment complexes, condos, or close-lot subdivisions? If so, the concept of a bullet penetrating your walls and hitting an innocent person should be considered. Have you studied the law and do you understand your legal rights to use deadly force in defense of yourself or your family? Some of these things are simple, but you don't want to be thinking about them when things go bad. Distraction can cost you your life.

More important than perhaps any single thing regarding arming yourself for personal defense is your mindset. Most folks have never been, and will never be, in a circumstance where another person threatens their life. The concept is often glorified in motion pictures and other media even though it is anything but glorious. If it happens, it will be very fast, very violent and a successful outcome depends on the ability to keep a cool head and respond accordingly. You must believe that you will win.

What gun is best?

Predators, be they four-legged or two-legged, recognize weakness. If one confronts a predator in a fearful or uncertain manner, the tide may turn and suddenly the gun you brought to protect yourself may be used against you. If you aren't willing to spend the time to develop a level of competence that allows confidence, then a gun may not be the right choice.

Some will suggest that one should just call the police. But law enforcement cannot be available to all people at all times. Even if it was, short of police camping on your doorstep, they have to come from somewhere. These things typically unfold too fast to think that police can respond in time.

Gun writers often go on and on about the subject of what gun you should select. We find all of this fascinating. That's fine for gun folks but not useful for someone who is looking for a good option to protect themselves with as little fanfare as possible.

Coming from a guy who would rather chew off one of his limbs than be without his Colt Lightweight Commander in .45 ACP, I'll spare you the argument and cut to the chase. Get yourself a small-to-medium-frame double-action revolver in .38 Special or .357 Magnum (you can fire .38 Special cartridges in the .357) with a 2.5 to 4-inch barrel. There is no other choice that offers the simplicity, reliability and relative safety of these guns. Find one that is comfortable in your hand and allows you to press the trigger easily. Spend your money on .38 Special, 148-grain wadcutter ammunition for practice and get the best .38 Special 125 grain jacketed hollow points for the real thing. Attend a reputable class in defensive use of the handgun and practice, practice, practice. If you find you like it, be prepared to spend a fortune over your lifetime feeding your new addiction.

Author's note: This subject is so broad it is difficult to cover in a brief column. He welcomes email questions from anyone interested in more detail.