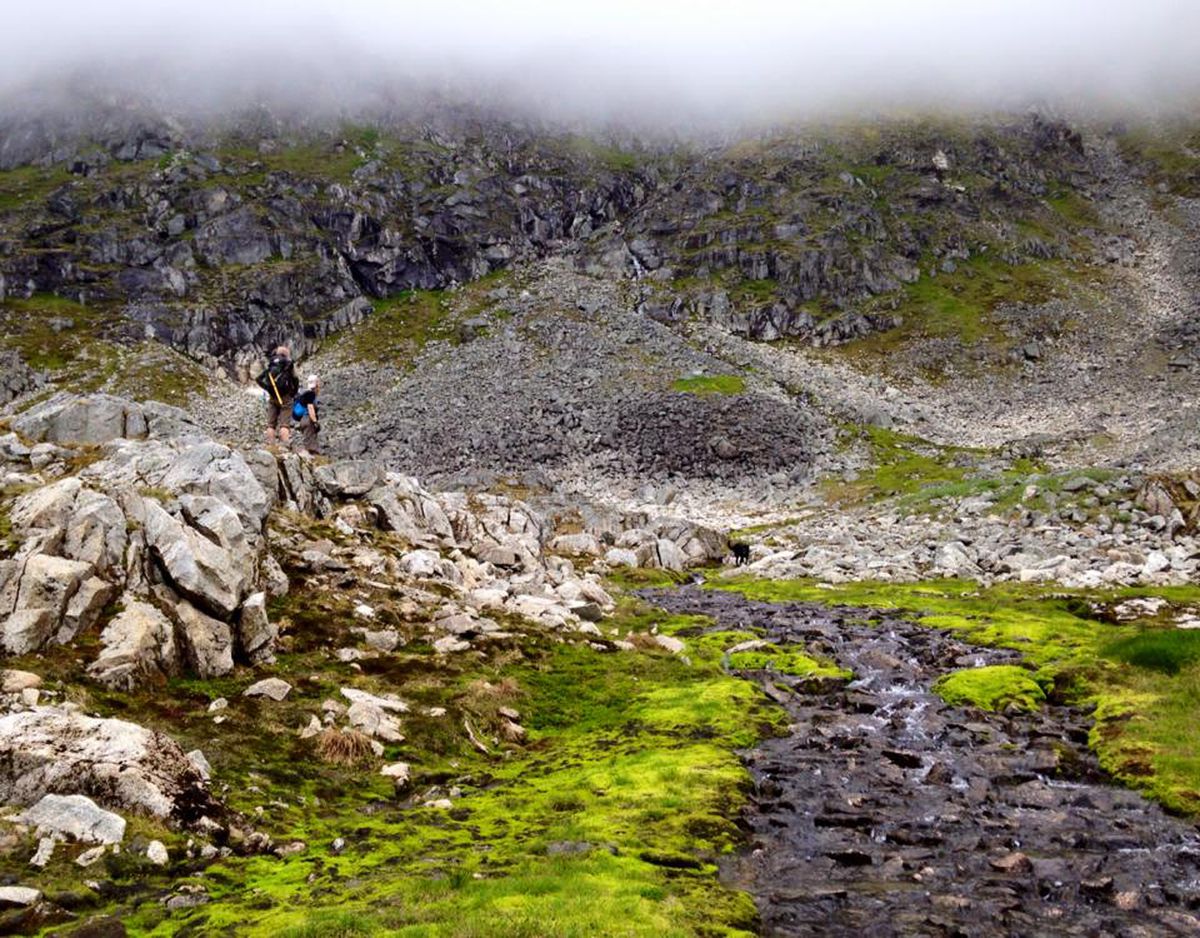 "I wish that I knew what I know now, when I was younger."

This line from the Faces song "Ooh La La" can be applied to everything I've learned in my Alaska outdoor education.

While the rest of the song is less relevant to my escapades in the Chugach Mountains, the fact remains that I've learned my fair share of outdoor lessons the hard way.

And unless you were born a mountain guide on the edge of a glacier, you've likely had those moments too.

[Headed out for a hike? Our interactive Southcentral map can help.]

I moved to Alaska in January 2015 from Colorado to work for Alaska Dispatch News, and I wasn't much of a hiker before I moved here. Scratch that: I was downright intimidated by hiking.

My first taste of mountain delirium came the day after I arrived in Anchorage. Acting on an editor's recommendation, I drove south on the Seward Highway and stopped — where else? — at Beluga Point on a crisp, clear Tuesday morning.

And I haven't stopped hitting the trails since.

One of the earliest, clearest lessons I learned had to do with the art of failure, and realizing what it takes to fail well.

Two buddies and I set out for Bomber Glacier at Hatcher Pass in July 2015. We read up on the Reed Lakes Trail, examined some routes to the glacier beyond and checked out photos posted online — you know, due diligence. We brought maps and other navigational aids, thinking we were being responsible.

From Upper Reed Lake, we hopped up a boulder field to a tundra dreamscape, clambered up a waterfall, postholed through a punchy snow field, then gained elevation up to a ridge. We found ourselves looking down at a gemstone-hued lake sunk into a deep valley.

If you've been to Bomber Glacier, you can tell from this description that we were in the wrong spot.

We followed that mystery ridge (which I now know to be near Peak 5950) over to a vantage point where we could see Bomber Glacier, so called because of a 1957 B-29 Superfortress crash that left six dead with four survivors. The wreckage still lies scattered on the ice, and from our rocky perch far, far away, we were able to spot the debris.

However, there was no way we were going to drop down to the glacier from where we stood. And with ominous clouds rolling in, we knew the clock was ticking.

Bomber Glacier would have to wait for another day.

But you know what? Going the wrong way meant that we had a chance to see things we never would've otherwise.

That was my first time hiking up a slippery, spooky waterfall in error (unfortunately, it would not be my last).

Going the wrong way meant that my friends were able to teach me how to get a good glissade going on a snowy slope — and how to use an ice ax to stop.

And if we had gone the right way, I would've missed out on seeing the effect of red algae on snow. We called it moose blood, but Google set us right later.

I've learned more from outdoor failures than successes. And success in the mountains can be a trap, mentally: It leaves me thinking I did everything right. When I don't reach my destination, I re-evaluate what I've done and catalog the ways I could improve.

So, consider this column the opening salvo in a series of documented failures. Hopefully you can learn from my mistakes — I certainly have.

(By the way, this is the same attitude that spurred me to create a map of trail conditions at adn.com/trails. If I spare even one hiker from heading home with wet feet or a bruise from an icy slope, that map has served its purpose.)

The cautionary tales I'm sharing will invite criticism, no doubt. But I'm happy to take ownership of my mistakes, and I know better than to believe I know everything.

After all, there's no better lesson in humility than the fight against gravity every time I climb a mountain.

Feel free to laugh with me. Laugh at me. If I get preachy or take myself too seriously, call me out on it. Have a tip to share? Post it in the comments. Ask questions, and I'll answer.

And if you're willing to own up to an outdoor lesson you learned the hard way, I'd love to chat with you and tell readers your story.

A special invitation goes out to climbers, paddlers, fishermen, hunters, bikers, etc.: My expertise there is lacking, but that doesn't mean your experiences aren't worth sharing, too.

It's a tired phrase, but some people love repeating, "If at first you don't succeed, try and try again."

Do it. Try and try again. But if you eventually have to throw in the towel, remember: You're still outside, and that's always something to celebrate.