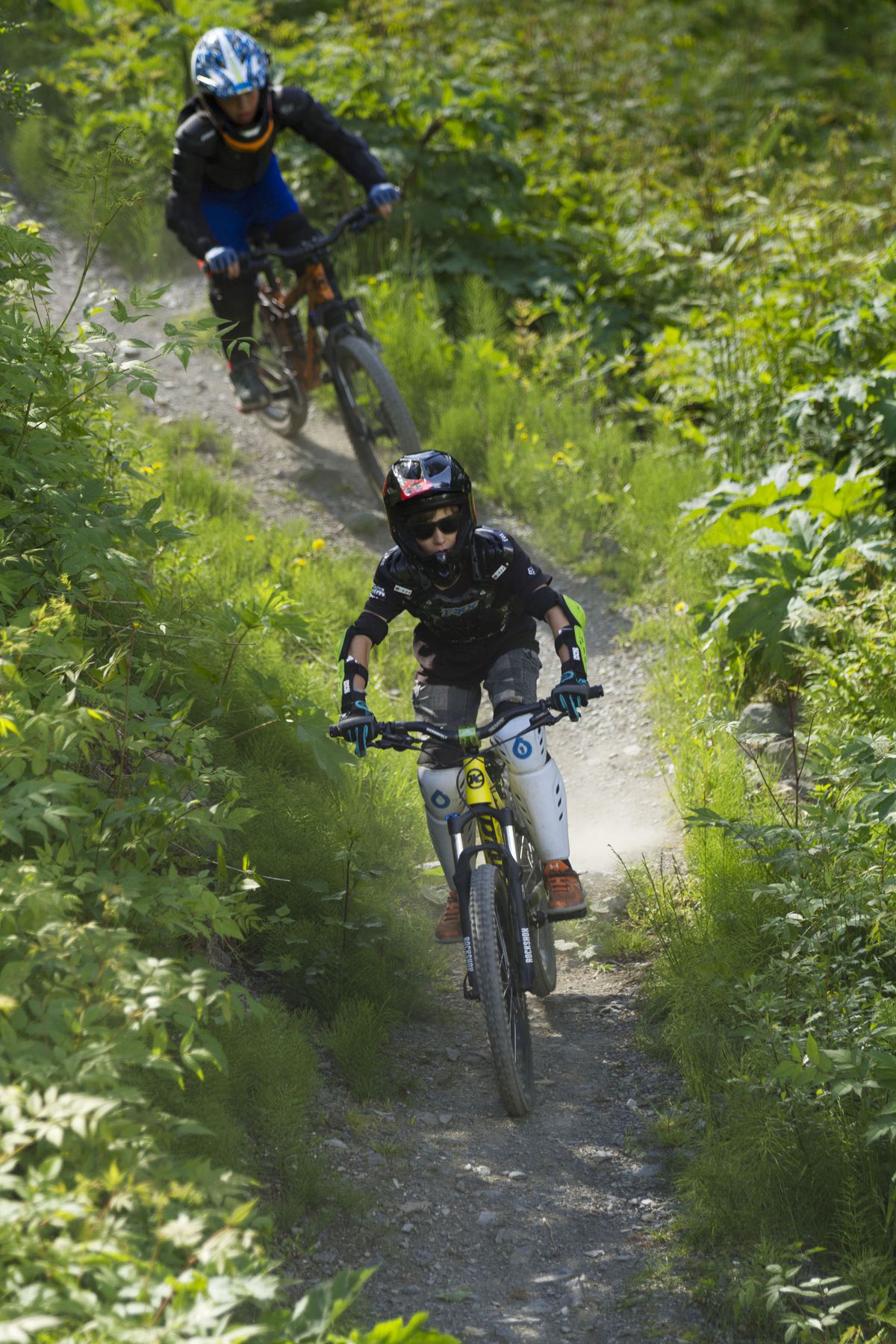 Downhill biking kicks off Friday at the state's largest alpine ski area and will continue Friday to Sunday on summer weekends at Alyeska Bike Park in Girdwood.

Helmeted riders ages 8 and older can ride the mix of singletrack, road and various man-made features from noon to 6 p.m. The Bear Cub Quad, Glacier Bowl Express and Ted's Express will haul bikers and bikes uphill.

Bike and gear rentals are available for up to $100 a day for a full set-up. On Friday, half-day bike rentals are half price 3-6 p.m. if also purchasing a bike lift ticket.

Sport fisherman who want to load up on red salmon can't do much better than the Karluk River on Kodiak, where the bag limit has been boosted to 10 fish.

The reason is a big run that has had some 126,000 sockeyes swim past the weir as of Monday. That makes state biologists confident the escapement goal of 150,000 to 250,000 fish will be reached and likely surpassed in the river that typically produces Kodiak's biggest red salmon run.

The Karluk is a 22-mile-long river with all but the lower 8 miles within the Kodiak National Wildlife Refuge.

Another Kodiak river seeing a strong red salmon run, the Buskin, had its bag and possession limit boosted to five sockeye Tuesday.

On the other hand, king salmon fishing on the Karluk is closed through July 29 — and any fish caught must be released and not removed from the water. Designated a "stock of concern" by Alaska's Board of Fish, the escapement goal of 3,000-6,000 kings has only been achieved three times since 2006 in the Karluk. As of June 5, 166 kings had passed the Karluk weir.

Audubon Alaska is organizing morning bird walks along the Tony Knowles Coastal Trail starting Wednesday at Westchester Lagoon. They continue 6:30-8:30 a.m. every Wednesday until the end of July.

State game managers have decided to extend Southcentral lynx trapping closures though the 2017-18 season because the snowshoe hares — their main food source — are in a periodic decline.

Game management units 7 and 15 on the Kenai Peninsula will remain closed to lynx trapping. However, a hunting season in those units will open Jan. 1-Feb. 15, 2018. Trapping and hunting in Unit 14C, which extends west from Anchorage and Eagle River into Chugach State Park and Chugach National Forest, will remain closed.

Efforts over the past 15 years by the Alaska Department of Fish and Game to boost king salmon runs in road-accessible waterways should see another sign of improvement when so-called three-ocean chinooks start returning to Salonie Creek later this month.

Salonie is about a dozen miles south of Kodiak, flowing into Women's Bay.

King salmon jacks that have spent one or two years at sea have returned the last two years. Smolt releases began in 2014.

There is a five-fish annual limit for kings in Kodiak Island fresh waters. Any king harvested must be immediately recorded on the back of your sport fishing license or on a harvest card.