Think you know where you’re hiking? Bring a map anyway. 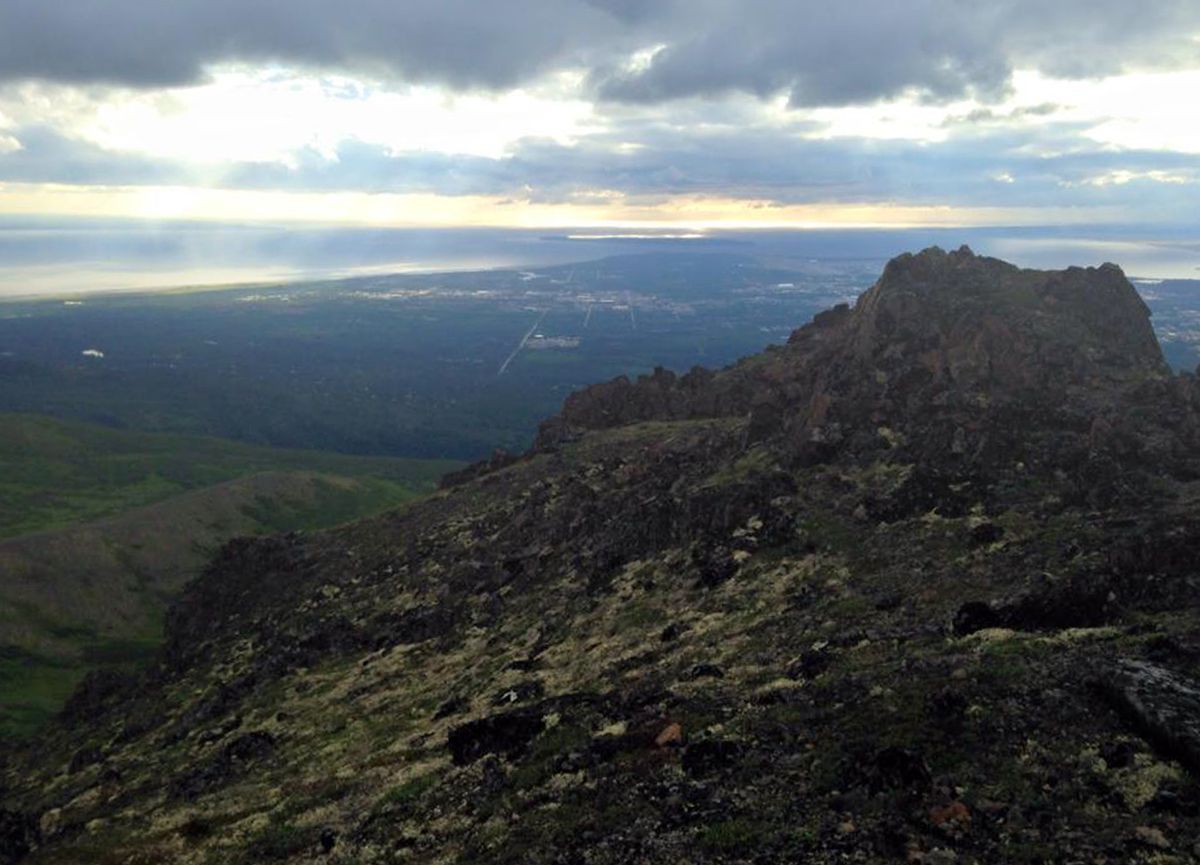 After nearly an hour of uncertainty about where the back of Near Point was located, I decided to climb up the ridge to get a better look on July 17, 2015. Not quite Wolverine Peak, and not quite Near Point, I ended up somewhere in between  but at least I knew how to get back to the trailhead from here. (Vicky Ho/ Alaska Dispatch News)

After nearly an hour of uncertainty about where the back of Near Point was located, I decided to climb up the ridge to get a better look on July 17, 2015. Not quite Wolverine Peak, and not quite Near Point, I ended up somewhere in between  but at least I knew how to get back to the trailhead from here. (Vicky Ho/ Alaska Dispatch News)

"Are you kidding me?"

The person asking the question was a buddy of mine visiting from Colorado. At that moment last spring, we were at Lazy Mountain in Palmer, coming down from the top to access the ridge leading toward Matanuska Peak.

His query of disbelief was aimed at me. Or, more specifically, at a whisper of trail that crossed a slope of loose dirt and rock more suited for tiptoeing mountain goats than his trail runners. Really, he said, this is what the trail is like?

That's when I realized that hiking in Alaska isn't quite like hiking anywhere else. Set aside the fearsome peaks, brilliant rivers and sweet-smelling forests for now. I'm talking about how, even on low-level hikes, we're as likely to be off trail as on — and our definition of "trail" can diverge wildly from the norm.

Here you truly choose your own adventure, which is why I always have some kind of map in the backcountry.

This wasn't always the case.

I was still fairly new to Anchorage, and to hiking, when I plotted out a long day trip based on some internet research. Starting at the Prospect Heights trailhead on the Hillside, I'd take the Powerline trail to the Middle Fork Loop, cut left to Williwaw Lakes, hop over the saddle to Long Lake, follow Campbell Creek Canyon up to the back of Near Point, then return to the trailhead after knocking out around 20 miles. My plan was ambitious but well within reason.

When I left the trailhead, it was raining and gray clouds dimmed the skies, but I was in high spirits. The first two legs of my adventure were straightforward enough, with clear signage and well-established trail.

I followed that trail past Williwaw Lakes, on and on deeper into the valley with a bubbling creek at my side. The wispy clouds flirting with crumbling peaks around me were my only company at that point.

As the trail faded, I was left at the terminus of the valley, looking up at a ribbon of water carving through tundra. And I realized I had missed a turn … somewhere.

I backtracked to the lakes, where I saw that — had I not been blindly following the path at my feet — I could've picked up a faint trail heading up to parts unknown, which appeared much more promising than the parts I knew. Onward and upward, I trudged to the saddle, giving me a vantage point where I spied a sweet little tarn and, to my relief, Long Lake.

In the Campbell Creek Canyon, the sight of Anchorage reassured me. But I wanted some positive reinforcement in the form of a sign, or a trail, anything that indicated I was exactly where I was supposed to be.

If I wanted answers, I was disappointed. Having done Wolverine Peak the week before, I thought I recognized its distinct rock profile along the ridge. But was I sure? And I knew Near Point was farther down the valley. But how far?

I had a few options in front of me and no clear indication of where to go. Geographically disoriented, I almost started heading up what I now know to be Knoya Peak, on the opposite side of the valley.

This was the moment when I swore to myself I'd buy a Chugach State Park map before my next outing.

That last step to the top, and I felt vindicated. Not quite at Wolverine, not quite at Near Point, I was somewhere in between. Kind of like the limbo I was in before: not quite lost, but not quite certain of my precise location.

When we're not heading deep into the backcountry, it's easy to disregard the value of carrying a map. How lost could we possibly get when Anchorage is always in sight? But even when I don't need a map for navigational purposes, I love having one with me to help identify lesser-known peaks — ones I'd like to eventually climb — and build up my visual memory.

That being said, a topographic map and a compass will only do you good if you know how to use them. Local classes or even online tutorials are a great place to start. GPS devices can provide more recently updated topographic data than print maps, but they can be costly. On the other hand, a map never runs out of battery and is much lighter to carry, but it's more prone to disintegrate in the elements. And there are endless topo map apps for smartphones out there, with Gaia among the most well-known. (Look out for more Cautionary Tales columns about times maps have failed me.)

Find a solution that works for you and commit to being savvy at navigation. It's one of the 10 essentials, after all.

That's one way you can prevent a 20-mile hike from feeling even longer, keep yourself on track, and give yourself a deeper appreciation of this place we call home.