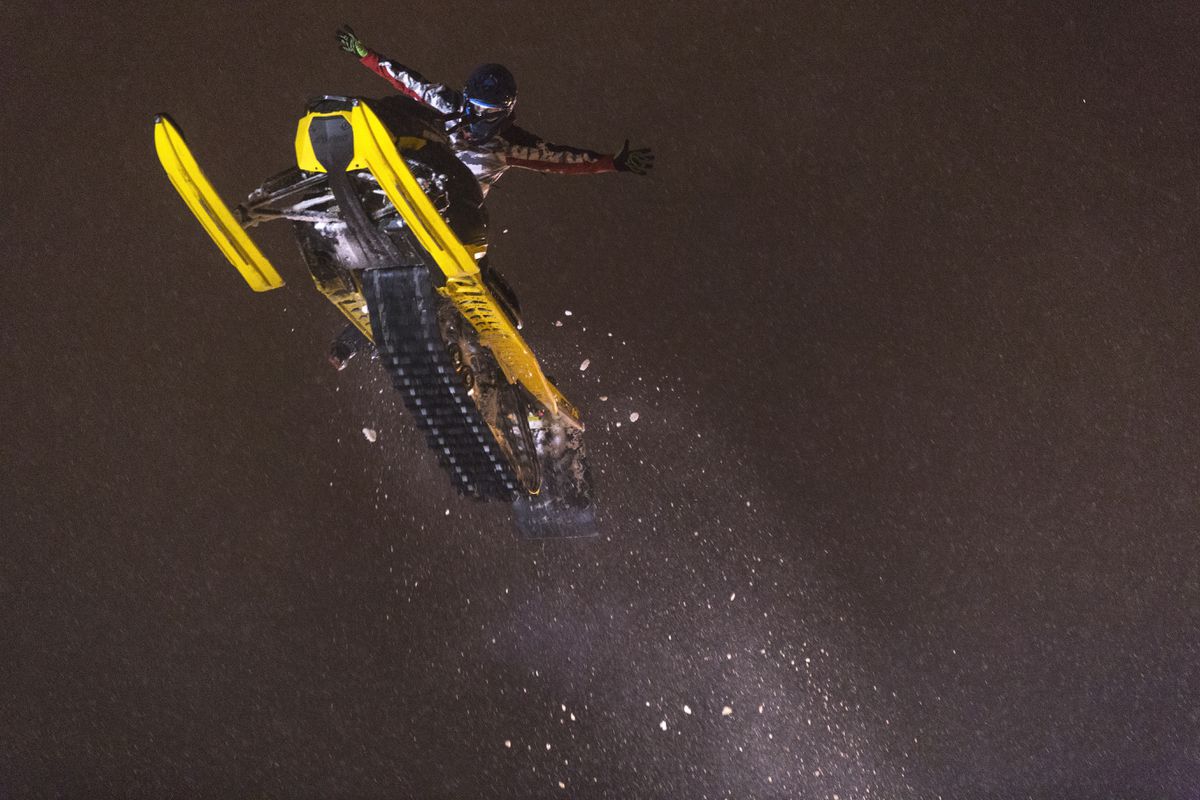 The executive director of the world's longest and toughest snowmachine race is leaving the Iron Dog after seven years for a new job in the Lower 48.

Kevin Kastner helped the 2,000-miler across Alaska increase sponsorships, the size of the field, the purse and the visibility of the race. He added such things as the Anchorage ceremonial start and the Flying Iron exhibition of X-Games style events in conjunction with that start.

"I've been involved in the Iron Dog race since well before the first race in 1984 and have been privileged to see the enormous growth over the last few years and deserved recognition that Kevin helped bring to this event," seven-time champion Scott Davis said in a press release. "He will be sorely missed."

"It was a tough decision to uproot," Kastner said in the press release. "Iron Dog will always hold a special place in my heart and career. I've worked hard to build a blueprint for Iron Dog's continued growth."

The last Iron Dog Kastner oversaw ended in controversy when defending champions Tyler Aklestad and Tyson Johnson, who owned a comfortable lead, were disqualified on the home stretch. That occurred after a photo surfaced showing bystanders touching the machines of the two racers during a refueling stop between Tanana and Ruby.

"To be clear, they're not allowed any outside assistance anywhere, the difference is that the penalty that comes with any physical contact with the snowmachine, any outside help of any kind, other than simply providing the fuel and oil for their use, it's a mandatory disqualification," Kastner said at the time.

Many racers protested the decision.

"It's very unfortunate, it's very contentious and we understand that, and the implications to us as an organization are very clear," Kastner said.

The Iron Dog board of directors has already started looking for a new executive director.

A strong return of king salmon to Ship Creek has prompted the Alaska Department of Fish and Game to extend the season through July 31 while increasing the bag and possession limit for kings 20 inches or more to two per day in the terminal fishery.

"King fishing is slowing down at Ship Creek," Brittany Blain-Roth, Fish and Game's assistant area management biologist, said in a press release. "Coho salmon fishing is beginning to pick up. Extending the season and increasing the bag and possession limit for king salmon at Ship Creek allows more opportunity for anglers to harvest king salmon, should they catch one while fishing for coho salmon."

A stream survey conducted earlier this month on Ship Creek counted nearly 500 king salmon upstream of the fishery. That means that the brood stock needs at the William Jack Hernandez Sport Fish Hatchery have been met.

Russian River red limit back to 3

Fisheries biologists with the Alaska Department of Fish and Game are reminding anglers that the bag limit for red salmon in the Russian and upper Kenai rivers returns to three per day beginning Saturday, when the Russian's late sockeye run begins.

Through Tuesday, 35,529 reds have been counted at the weir at the outlet of Lower Russian Lake. Biologists aim for 22,000-42,000 reds escaping to spawn during the first run.

The late run begins Saturday, continuing until September. The escapement goal is 30,000-110,000 sockeyes.

Twitchy anglers are invited to head for Homer's Nick Dudiak Fishing Lagoon, which is open to snagging from noon Friday until 11:59 p.m. Sunday.

Also, waters are open from the Homer City Dock northwest along the east side of the Homer Spit to an Alaska Department of Fish and Game marker located some 200 yards northwest of the entrance to the lagoon. The Boat Harbor is not open.