Gun-safety rules apply in the photo studio too 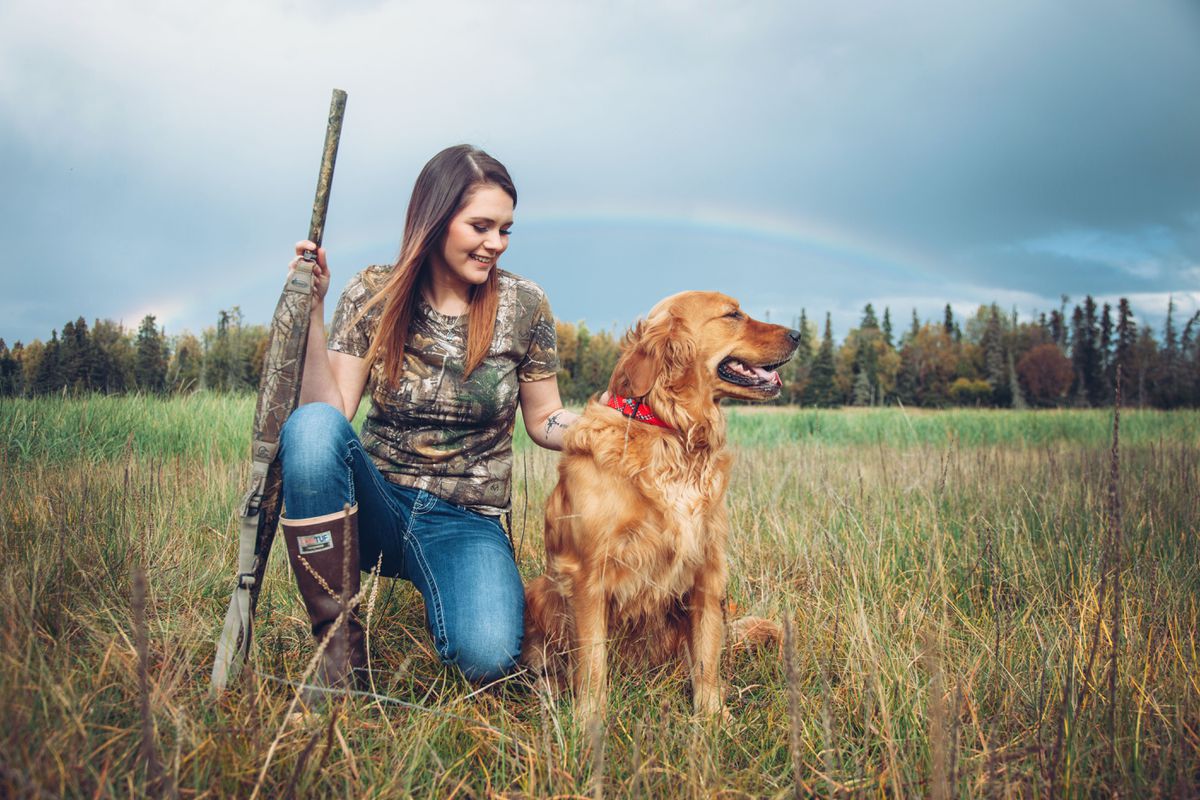 Kelli Kay had her senior portrait taken with a shotgun and her dog, Sage. (Shawna Shields / Narrow Road Productions)

Kelli Kay had her senior portrait taken with a shotgun and her dog, Sage. (Shawna Shields / Narrow Road Productions)

The photography studio my parents hired an untold number of years ago allowed three changes of clothes and a variety of props and backgrounds — from a mottled gray to laser beams. Touch-ups cost extra, and my resulting yearbook photo presented me leaning forward with softened features and a halo effect.

The photo was taken long before "Photoshop" became a verb and Instagram changed the way people share images.

Back then, yearbooks held court as the way in which senior photos were recorded and shared. Today, people create their own media sensation on social networking sites. They capture moments and tell stories that transcend a pose with an object that illustrates a student's interests or accomplishments.

Instead of a traditional headshot, a senior photo is a shareable event and experience in itself — an opportunity for creativity and celebration of a milestone, more like a wedding than a visit to the DMV with instructions to stand in line or sit. I see my friends' daughters and sons going on location for what resemble fashion photo shoots.

Senior photos are not usually due until November or December, but many seniors book summer and fall sessions to capture themselves outdoors — or at least with a tan. When my friend's daughter recently shared images of herself with a shotgun and hunting dog from her senior session, it made me smile and reflect on the story behind the image.

More than just a changing culture and advanced technology, senior photos capture a moment in time and tell an individualized story beyond the more uniform photo selected for the yearbook. Photos that include a firearm or bow — popular "props" in Alaska — must follow another set of guidelines beyond those suggested by the art of portraiture: the rules of basic firearms safety.

Schools also have guidelines for photos submitted for the yearbook, and although the Kenai Peninsula Borough School District and other districts in Alaska do not have district-wide policies on firearms in senior photos, many schools will not include photos with guns or other objects not allowed on school grounds.

That doesn't mean that a senior can't pose with a hunting rifle, shotgun or bow in their senior photo sessions, which happen off campus. A picture including a firearm is not just an opportunity to showcase a student's lifestyle and interests, it's also an opportunity to reinforce good gun-handling practices.

Photos have a wider audience than ever and will last a lifetime, allowing experienced hunters and firearms experts time to point out any glaring error in firearms safety. Photographers and students can ensure safety and avoid criticism by following the four basic firearms safety rules as applied to photography.

The first, "All guns are always loaded," means those who handle firearms must assume they are loaded and treat them accordingly. Many, if not most, firearms-related incidents come with the statement "I didn't know it was loaded." This rule may be obvious when using the firearm for its intended purpose in the field or at the range but may be forgotten when viewing the gun as a photo prop.

The photographer cannot rely on a client's assurance that the gun is not loaded and must check to make sure. Someone knowledgeable in the use of firearms and safety rules knows to open the action of a firearm before passing it on to someone and insists the other person do the same. If a gun is set down or left unattended, even for a minute, the person handling it must recheck it.

The fast pace of an intense photo shoot is no excuse for poor gun handling.

The second rule, "Never allow the muzzle to cover anything you are not willing to destroy," means that no matter how a person holds a firearm, he or she must always have complete control of the gun and point it in a safe direction. If it is removed from a table or carried across a room, the person with the gun must ensure the end of the gun does not "sweep" unintended people or objects.

It never hurts to have another person available to assist during a photo shoot. This person can take possession of a gun or observe safety when the photographer adjusts the camera, or a client needs to brush hair or tie shoelaces — dangerous opportunities for loss of muzzle control if everyone involved does not follow basic rules.

The third rule is "Keep your finger off the trigger until the sights are on the target and you have made the decision to shoot." An abundance of images portray the finger on the trigger and contribute to this bad habit both in photos and life. The portraiture rule in photography that insists, "If it bends, bend it," refers to wrists, elbows and knees — not an index finger on a trigger.

A straight finger resting on the receiver of a gun may look awkward as an image, but it demonstrates safe gun handling and portrays responsibility. One reason the finger must stay off the trigger is that the reflex action of the finger to surprise could cause a loaded gun to fire. Following all the rules helps avoid a negligent discharge.

The fourth rule, "Be sure of your target as well as your surroundings," is of particular importance in nonroutine situations involving a gun. Shooters and hunters know not to take a shot at a silhouetted animal, for instance, as the bullet can travel beyond the target and the shooter must know the bullet's ultimate trajectory.

But firearms rules apply anywhere a gun is handled. For example, handling a gun on the first floor of a two-story building requires that it not be pointed at the ceiling, if the person does not know who or what is on the second floor. The same applies to studios with walls or partitions that conceal people on the opposite side.

The first rule of safe gun handling assumes all guns are loaded; the second rule requires the person handling the gun to control the muzzle; and the third rule ensures the finger remains off the trigger. Being sure of your surroundings — usually considered just when taking a shot — is important in concert with the other rules and situations involving a firearm.

Following these rules makes for images that portray a lifestyle that is both safe and worthwhile. Hunters are passionate about spending time outdoors and obtaining healthy game meat in a manner that connects us to nature and permits us to discover our place in the life cycle.

My senior photo shoot occurred before I'd shot a gun. When I see the elaborate photos from senior sessions posted on social media of young hunters sharing the Alaska outdoor lifestyle today, it makes me wish I had another chance to do it all again.

And, it makes me wonder how I ever settled for a laser background in a state with some of the most beautiful landscapes on Earth.