Done it all in Kenai and Mat-Su? Consider a ferry trip to Cordova. 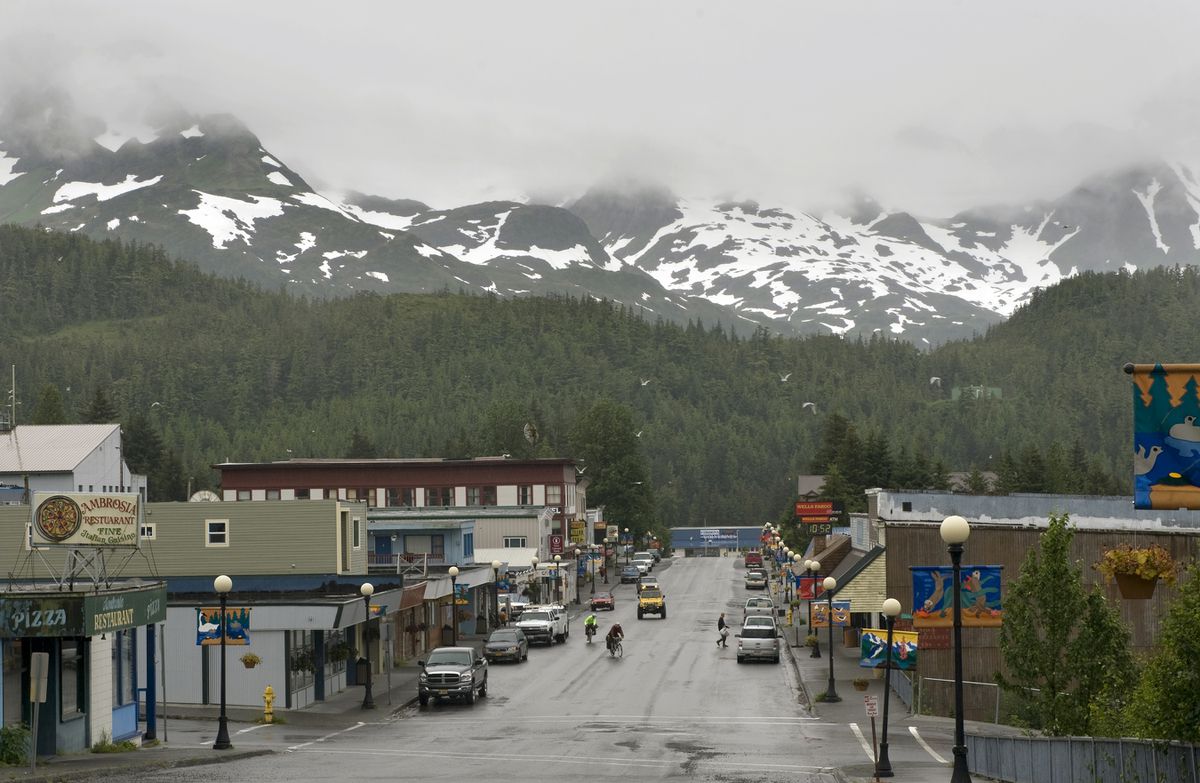 At some point while living along Alaska's Railbelt, I ran out of places I can drive to for a visit. To the north is Fairbanks, to the south is Seward. Sure, there are different times of year to visit and different activities to try, but Alaska is such a big place, it's a shame to visit the same haunts time and again.

That's why this year I picked Cordova for vacation.

Cordova is 140 miles east of Anchorage. A fishing town in a temperate rainforest, its population hovers around 2,500 — many of whom are on the water at any given time.

Cordova looks and feels like a miniature Juneau, down to the glacial green of Orca Inlet. The inlet, like the Gastineau Channel, wraps around downtown. Deeply forested mountainsides jut straight up from the deep blue-green waterline into clouds that are constantly shifting to obscure and then reveal peaks in every direction.

In short, it's magical. And it has the same matter-of-fact fierceness shared by other remote Alaska communities I've visited. This is not Alaska on the convenient road system, or Alaska in the big-box store.

Cordova doesn't offer a standard getaway, and it's not for everyone. But for me, being there felt like a fist-down-on-the-table expression of life in its directness and beauty. Since I was one of only a handful of tourists in town, I had a front-row seat.

I've become jaded to travel. When I was younger, every time I flew in a plane I marveled at how crazy it is to travel in a climate-controlled room through the sky and land somewhere completely different.

It seemed unnatural to travel casually to a place so far away that just a hundred years ago was too remote for most people to journey to at all, never mind for a long weekend. Shouldn't there be more time and effort required?

Well, the ferry from Whittier to Cordova was quicker than kayaking, but about 6.5 hours longer than flying (the ferry trip is seven hours long; flying from Anchorage takes about 30 minutes). The boat ride met my repressed need to let great distances sink in.

In fact, it was one of the highlights of my trip. For the ride to Cordova, the sun was so warm and intense I fumbled around for sunscreen. We pulled recliner chairs out to the solarium deck and chatted as we watched Whittier become a tiny dot behind us. When it got cooler and cloudier, we went inside and played a game of hearts. Then, finally, pulling near to Cordova, we stood at the front of the boat, admiring caves and waterfalls along the shore, spotting otters and excitedly anticipating where we were going.

Our first full morning in town, my husband did what most people do on vacation: set out on a long run. (My stepdaughter and I pressed the bear spray into his palm, wished him well and wandered into a cafe).

When he was back, we asked him how it went. He said it was one of his top five favorite trails in Alaska.

This kind of statement is off the charts on my husband's enthusiasm scale, so I quickly zeroed in on what made the trail so amazing.

Heney Ridge Trail is a 4.1-mile route winding through spruce-hemlock forest and low muskeg areas up to above treeline on the ridge. The trailhead is easily accessed from Whitshed Road, a short drive from town.

For my husband, who used to work on trails, the construction of the trail itself is as impressive as the natural scenery. The surface is extremely well built and cared for, with innumerable stairs and boardwalks built into the marshy surfaces and rough-hewn logs that were cut in half and put down as bridges.

Despite the beauty and impressive upkeep of the trail, no one else was on it. A bald eagle lit off from an old snag near him, but aside from this and several other eagles, my husband was alone.

Heney Ridge is only one example of the incredible trail network maintained by the U.S. Forest Service in the Chugach National Forest surrounding Cordova. The range covers approximately 2.3 million acres in the district.

Prefer a wintertime visit? Check out the Iceworm Festival the first full weekend of February, created in the 1960s to help residents beat the winter blues.

Love birding? The Copper River Delta Shorebird Festival in May attracts millions of avian visitors and a nice collection of birdwatchers.

We were there for Salmon Jam, a July event that featured a series of runs as well as many other activities. I ran the half marathon — a flat course with spectacular views and encouraging salmon-watermarked signs along the way.

The Alaska Marine Highway provides regularly scheduled service to and from Cordova and is a routine way for many people to travel. The boat was cheaper than airfare, which runs approximately $300 round trip on Alaska Airlines. Still, ferry tickets are not cheap at $162 per person without a car.

The “fast” ferry, at about three hours travel time, is set to start at least by Sept. 14. While ferry service to Cordova is available year-round, details will be announced with the Alaska Marine Highway’s full winter schedule. More info on routes and rates is available at dot.state.ak.us/amhs.

I'll admit I whined about arriving at the Cordova ferry terminal at 4:30 a.m. to check in and get on the boat in time for the 5:30 a.m. departure back to Whittier. Still, one of the most surprisingly cozy experiences of the trip started there.

I marched up to the solarium in the cool blue early-morning light, lay a deck chair flat, crawled into my sleeping bag and pulled the top over my head. It took me a while to doze off but by the time I blearily blinked my eyes awake and looked out, we were cruising fast. I propped myself up to watch the view as I woke up, taking in Prince William Sound from my sleeping bag.

It was no tropical vacation cruise, but then again, that's not why I live in Alaska.

Alli Harvey lives in Palmer and plays throughout Southcentral.