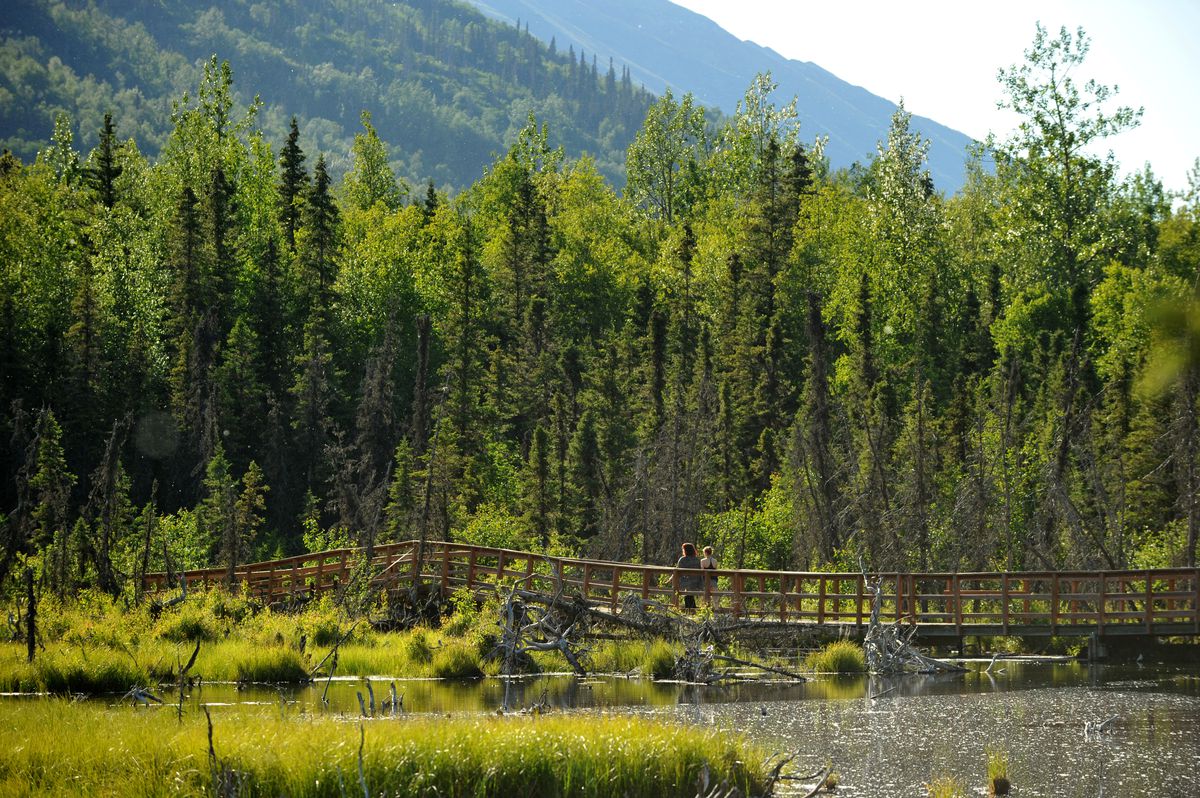 In a sign of autumn nearly as dependable as golden birch leaves, the Albert Loop Trail at the Eagle River Nature Center was closed Thursday to prevent bear encounters.

The posted shutdown comes as black and brown bears begin feeding on spawning red salmon in Eagle River. Bears sometimes use the wooden bridges and beaver dams as fishing platforms.

Asta Spurgis, executive director of the center, said this year's closure is a little later than normal, but a brown bear sow, her cub and a juvenile grizzly have been seen in the area.

The impetus for the annual closure dates back to the 1990s, when three hikers were mauled by brown bears in separate incidents over a four-year period on the Albert Loop Trail. After the last attack, in 1998, the Chugach State Park superintendent ordered the trail closed annually during the period when salmon spawned, from late summer through fall, to prevent further attacks.

Signs have been posted and gates across the 3-mile trail that loops from the nature center to Eagle River will be closed. Expect it to remain closed until winter sends bears into hibernation.

The closure does not affect other trails in the area, including the Iditarod/Crow Pass Trail, Rodak Loop or the Dew Mound Trail.

"Albert Loop has a number of creeks that intersect the trail," said Spurgis. "There's denser foliage and it's a narrower trail. If a bear is feeding, people could surprise it."