How not to train for your first half-marathon 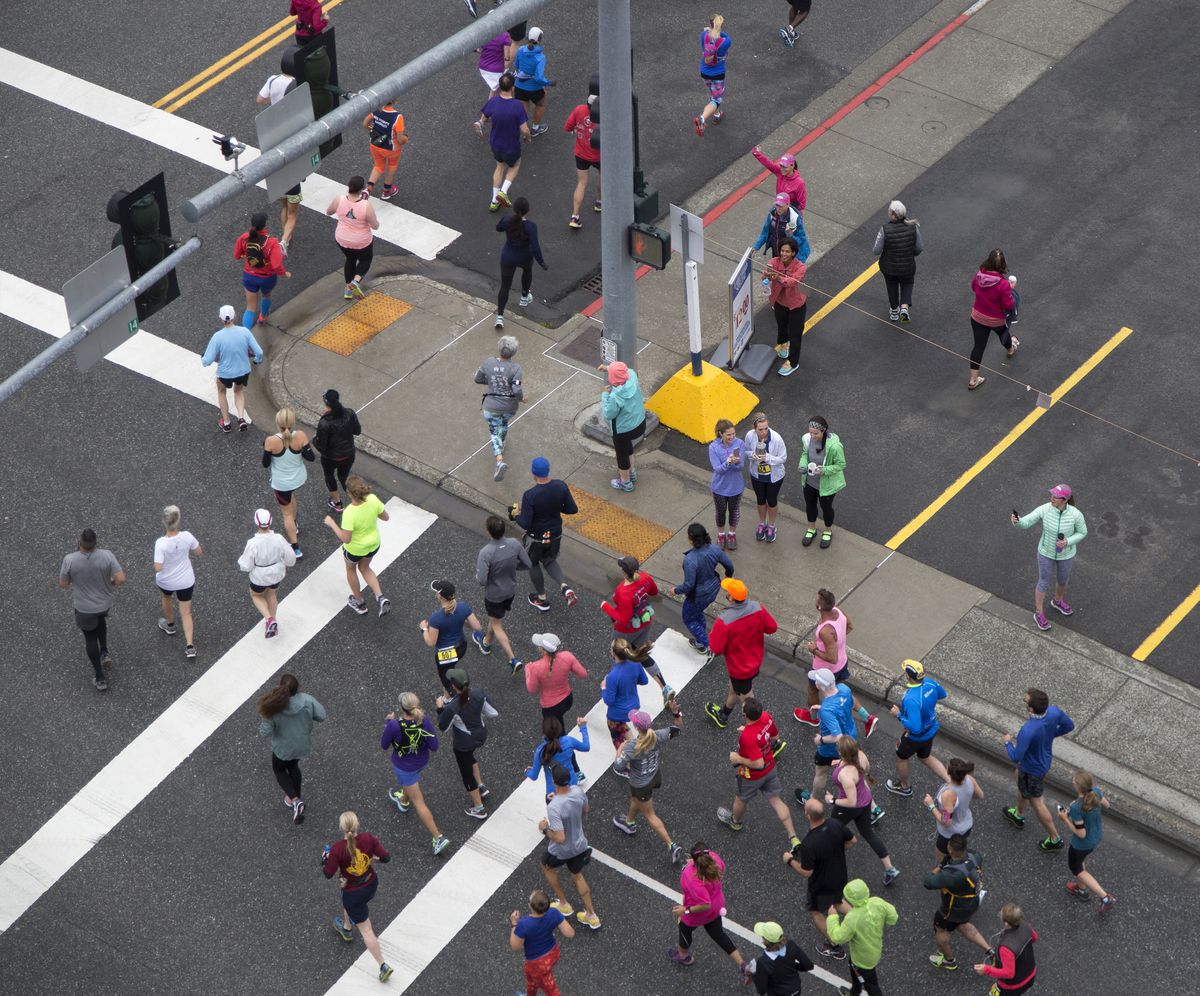 In hindsight, my training regimen could have used some work.

I signed up for Sunday's Anchorage RunFest half-marathon back in December, when I had more than eight months to get my keister into gear. Inspired by friends whose enthusiasm for healthy living is infectious, I thought to myself, hell, I'll be running in 2017.

I registered on New Year's Eve's eve. Call it a resolution of sorts.

Winter flew by. I blinked, and spring was over. Then came June, and the clock was ticking for me to get in some training climbs before I headed to Mount Rainier in mid-July.

OK. After I returned from Rainier, I'd have a few weeks to run before the half-marathon.

Then life happened. Soon, I found myself staring at the calendar. I was supposed to run 13.1 miles, timed (why did I think that was a good idea?), in a week.

At that point, it was too late to do much training. With seven days to go, I ran to the grocery store and back, a 6-mile round trip, with a bag of chips strapped to my pack on the way home. The next day I half-ran, half-hiked to The Ramp in Chugach State Park, 11 to 12 miles in all.

Two days of running, one week before a half-marathon, does not a training plan make.

After the race, I consulted Hope Hampton at Skinny Raven Sports in downtown Anchorage. She's a certified pedorthist, or trained foot and footwear specialist, who's run the big marathons, including Boston, New York City and Los Angeles.

"First off, you should train for a half-marathon," she said, countering my come-what-may approach. Hampton advises first-timers to start training four to five months before their race.

To give me an example of what I should've done, she said I could've started with a mile every training day (interspersed with off days) and slowly ratcheted up the distance, before alternating longer runs and shorter runs in the weeks leading up to the race.

Want to get serious about training? Hampton suggested consulting a running coach.

[Whether paddling in place or going in reverse, this amateur is a work in progress]

During the race, I ate three energy chews and a handful of mini-pretzels. If you had trouble spotting me, I was carrying a paper cup from aid station to aid station, soaked from rain, sweat and drinking water poorly aimed at my face.

My body is used to pizza and beer consumed after long hikes, not energy chews and hydration drinks on pavement runs. The pep in my step had abandoned me by Mile 10 — and, arguably, long before then.

A healthy diet is always key, but Hampton said fueling up properly the week of a race is especially important. She recommends dialing up your carbohydrate intake until two to three days beforehand, then scaling it back to avoid feeling bloated on race day. The day of, eat a light breakfast.

When it comes to race food, "it's all a matter of what you can stomach," Hampton said. The day of your first half-marathon is not the time to try new energy foods, especially gels, whose texture she likened to toothpaste. Figure out what you like ahead of time and stick to that.

How much should you drink while running? "Hydrate to where you feel normal … and pay attention to your body," Hampton said. To boost the enjoyment level of hydration drinks, she'll infuse them with fresh fruit for an extra kick.

Remind me to try that next time before the Gatorade starts dribbling down my chin.

A week before the race, I surveyed my footwear options. My only pair of road running shoes was a gift I received in December 2011. "Running shoes don't last that long," Hampton said.

I bought a new pair of shoes and ran in them once before race day, knowing I was flirting with disaster. By the time I reached the finish line, my blisters had blisters.

"As far as shoes go, that's a big thing," Hampton said. It "depends on the person, depends on the shoe," but she added that it'll typically take two to three runs to break in a shoe for optimal performance.

One consideration that goes hand-in-hand with footwear is form. Dialing in your footwear fit — cushion, drop, stiffness, support, etc. — will affect the alignment of the rest of your body as you run. If you're feeling pain in your knees, hips or back, that could indicate a problem with your footwear and how your foot is striking the pavement.

[Learned on Kesugi Ridge: Sometimes a sufferfest is simply inevitable]

Stretching is paramount, and not only on days you run. "I like to study biomechanics," Hampton said, later adding: "If you're tight on the lower half, you'll be tight all the way up."

She had some gender-specific tips to offer as well.

On chafing: "Guys, put that Body Glide on your nipples." No one wants to bleed at the finish.

On the importance of a sports bra with good support: "Tie those girls down."

Speaking of support, I have to hand it to the volunteers and spectators along the race course Sunday. You made it easy to cheer and dance through the aches, sprains and pains of a half-marathon. Plus, I'm grateful for the heads-up about the moose that started running toward us at Davenport Fields.

The photo taken as I crossed the finish line — damp, wobbly-kneed, without a familiar face in sight — shows me, inexplicably, with a smile on my face.