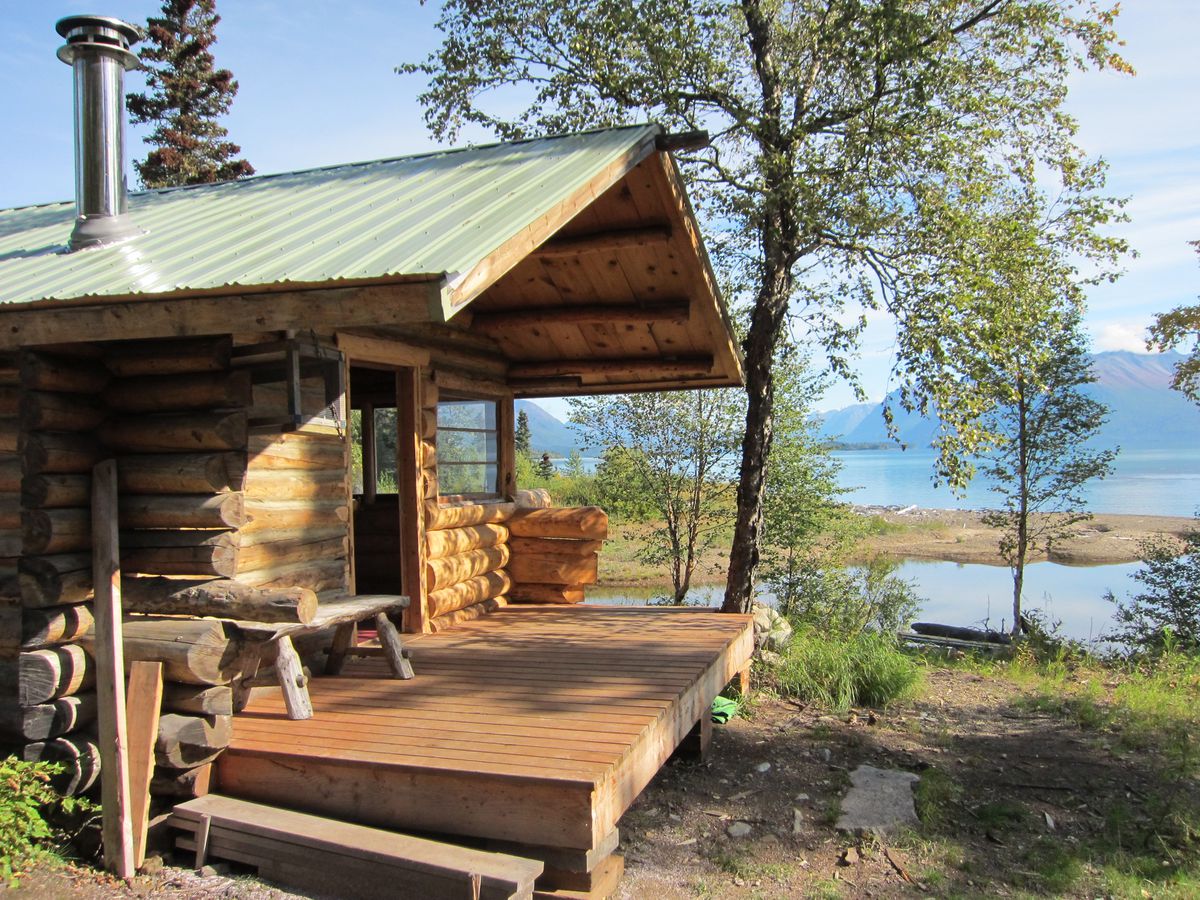 The National Park Service opened the Lake Clark public use cabin in July 2017. The cabin was built by Allen Woodward in the mid-1970s. (NPS)

The National Park Service opened the Lake Clark public use cabin in July 2017. The cabin was built by Allen Woodward in the mid-1970s. (NPS)

One public-use cabin for 4 million acres.

That's exactly the situation since last month, when the historic Woodward cabin at Priest Rock on the north shore of Lake Clark opened, the only public-use cabin in the country's seventh-largest national park.

The rebuilt three-room Priest Rock cabin in Lake Clark National Park and Preserve was originally constructed by Allen Woodward of Anchorage, who spent his summers at Lake Clark beginning about 1950. He built the cabin after a previous cabin was damaged during a big 1971 flood, when high water due to heavy rainfall and melting glaciers combined with powerful east winds to batter the cabin.

Woodward, now 93, sold the cabin to a  conservation fund in 2006, which then deeded it to the National Park Service.

Twenty-seven years earlier, he sold another that became the office for the new Lake Clark National Monument, a year before it attained national park status. That cabin is now on the National Register of Historic Places. Woodward sold the cabins at their appraised value, declining other offers, because he wanted them to be park service property.

"These things take time, opportunity and planning, and this one finally came together for us," said Megan Richotte, chief of interpretation for Lake Clark National Park. "It did need some restoration and work to be of use the public, and we worked on it for about 10 years.

"It's a beautiful cabin in a beautiful spot. It's a real opportunity to stay in a cabin that's part of an iconic piece of our history."

The cabin sits among birch and white spruce on the lakefront with 5,000-foot mountains looming in the background. A nearby creek has spawning salmon.

[Book the cabin through recreation.gov]

Visitors can reach the cabin if they're dropped off by float plane or boat that crosses Lake Clark. Tulchina Adventures is the only water taxi in Port Alsworth, about 8 miles away. Lake Clark residents note that there's no safe place to park or moor float planes or boats.

"We tell people if they're flying directly (to the cabin) to book a boat trip back (to Port Alsworth) in case the lake kicks up," Richotte said.  "The further we get into fall, the more variable the weather. Lake Clark is a big lake, and (dangerous) waves can kick up."

The cabin, available for $65 a night, quickly became a hit as soon as reservations became available.

"It's been more popular than we expected," Richotte said. "It was reserved very quickly."

Many visitors bring kayaks that allow them to explore the lake. Reservations are available through the recreation.gov website, with a maximum stay of five consecutive days. For now, the cabin isn't open in winter, with the season ending Oct. 31.

Woodward was one of a generation of Alaskans who built and lived in remote log cabins accessible mainly by float plane. His neighbors included late Alaska Gov. Jay Hammond and his wife Bella, as well as Dick Proenneke, whose time in the area was detailed in the popular book "One Man's Wilderness." Both Woodward and Jay Hammond were World War II fighter pilots.

[A profile of Bella Hammond]

*Wrangell-St. Elias has plenty.
*Yukon-Charley Rivers has several, mostly on the Yukon River.
*Katmai, like Lake Clark, has one. However, there is a plywood hut in the park’s popular Valley of 10,000 Smokes.
*Bering Land Bridge has one large cabin at Serpentine Hot Springs.
*Kenai Fjords has three, though one is winter only.
*Klondike Gold Rush has “warming shelters” at four campgrounds on the Chilkoot Trail.