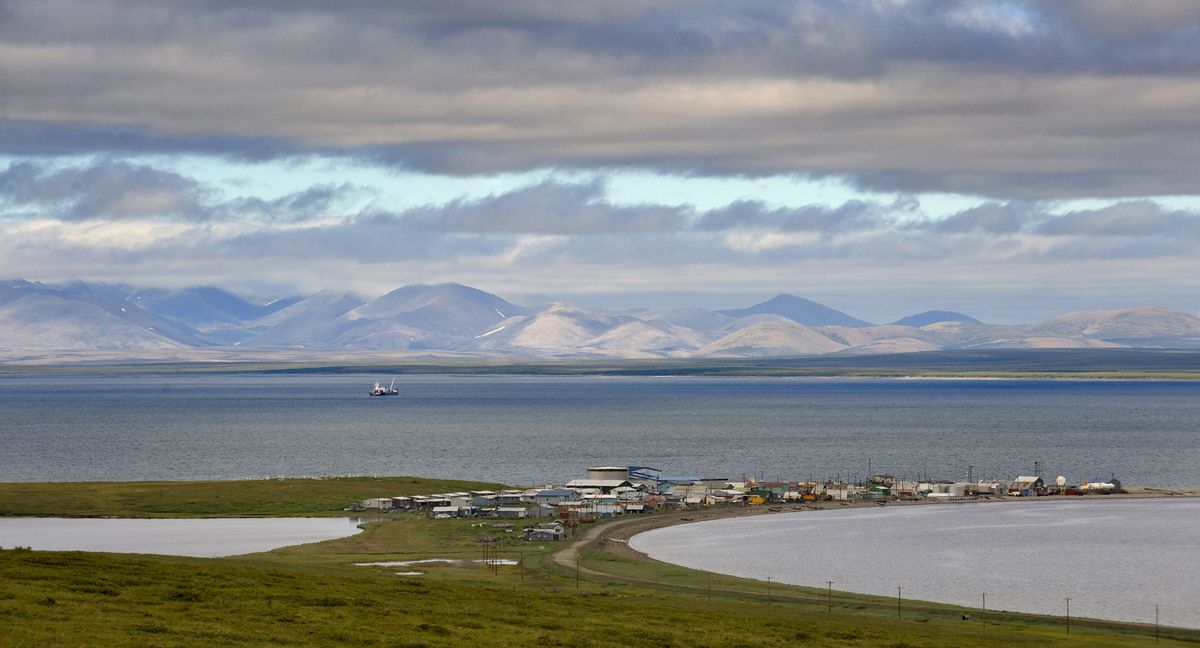 "I feared for my life. I lay in the bottom of a small boat, lost at sea without propulsion and tossed like a cork by gigantic threatening waves," W.R. said in an email.

At the time, W.R. was stationed at Point Spencer on Port Clarence to oversee the construction of a radio tower. That Saturday, he had been chatting with a worker on a construction site, describing how he and some friends planned to visit the village of Teller that afternoon. The workman, who said he was from Teller, asked if W.R. would bring his boat from the village to Port Clarence, and W.R. agreed.

Once in Teller, W.R. found the workman's wife, who led him to their boat.

[When you're struggling in the backcountry, good friends will tell you sweet, sweet lies]

What he saw was a 12-foot, open, flat-bottomed watercraft made of sheet metal and repaired with wood scraps. Inside the boat: a pair of orange water skis, an empty fuel can, plywood and other miscellany. It had a large outboard motor, whose owner approached W.R. shaking his head. He had apparently loaned the motor to the workman, and said it had a long shaft and wasn't suitable for the boat. But the workman's wife said the tank contained 5 gallons of fuel, which she asserted was more than enough to reach Port Clarence.

"I stood there on the beach evaluating the situation," W.R. said. "The boat appeared none too sturdy, but the weather looked good and the water was still flat. My friends (who needed to return to work at 4 p.m. that day) were ready to leave and were waiting for my decision.

"I gave them a 'yes' and signaled them to leave."

It wasn't long before he discovered a problem.

"At normal engine speed, the bow of the boat lifted into the air — an unstable and dangerous position. I could either return to Teller to place a heavy rock in the bow, or simply continue at low speed. I elected the latter."

Then after an hour, the engine stopped. He checked the fuel tank.

That's when the wind started to pick up, threatening to send him past Port Clarence and out to sea, with thin clouds forming behind him.

By 10 p.m., "it was dark and the wind was raging. Low clouds were spitting rain. The seas had been building."

"I could see nothing but the dark clouds above. Then, on the next wave, the boat would rise up into the roaring wind, and I could glimpse the distant lights of the Port Clarence camp," W.R. said. "I realized that if this little boat were to roll, or to be hit by a rogue wave, it might easily capsize and sink."

With peril on the horizon, W.R. did what many of us have done in his position: He started bargaining with his maker.

"My heart pounded as scenes from my life passed through my mind. I thought that if God might spare me, I would be grateful forever. I would lead a decent life. I would be good to others for the rest of my time."

Then he realized a seam in the bottom of his boat was leaking. Using an empty coffee can, he bailed water out of the boat as quickly as he could.

Around 1 a.m., about the time he was contemplating whether he'd live to see another day, W.R. noticed a shift in the wind. It started blowing the boat to shore, and he set the orange skis vertically to act as sails.

A couple hours later, his fears were realized as a wave broke, spilling into the boat. He fell backward into the cold water, clinging to the empty fuel can for support. This, he thought, was how it would all end.

Then his knee bumped into something soft — mud, at the bottom of the water. In the darkness, he was just able to make out the shoreline nearby. Salvation!

W.R. dragged the boat to shore and crossed the boggy spit to reach a gravel beach he remembered from previous walks. He took refuge in a nearby hunter's shack, and by 6 a.m. he had started a fire in the stove and hung his clothes to dry. Refreshed, he continued on to his camp.

"Close to the camp, I met one of the workmen who was out in the early gray morning hunting for geese. He recognized me and told me that a memorial service had been held for me earlier that morning.

"No one at the camp expected to see me again. The storm in the night had been too wild to consider going out and searching for me in the dark."

On top of that, an active aurora borealis had blocked radio communications overnight, so his camp supervisor was unable to report him missing — sparing his boss and parents some worry.

He never did tell them what happened.

But now, retired at 84 and still living in Alaska, he accepted my invitation to tell his story.

"It's not about hiking, but about the danger of choosing to do something on an impulse, without evaluating the risks, and not reserving the good sense to say NO.

"It's about hubris blinding you to your limitations."

That's one lesson we can all learn from, no matter how old we are.