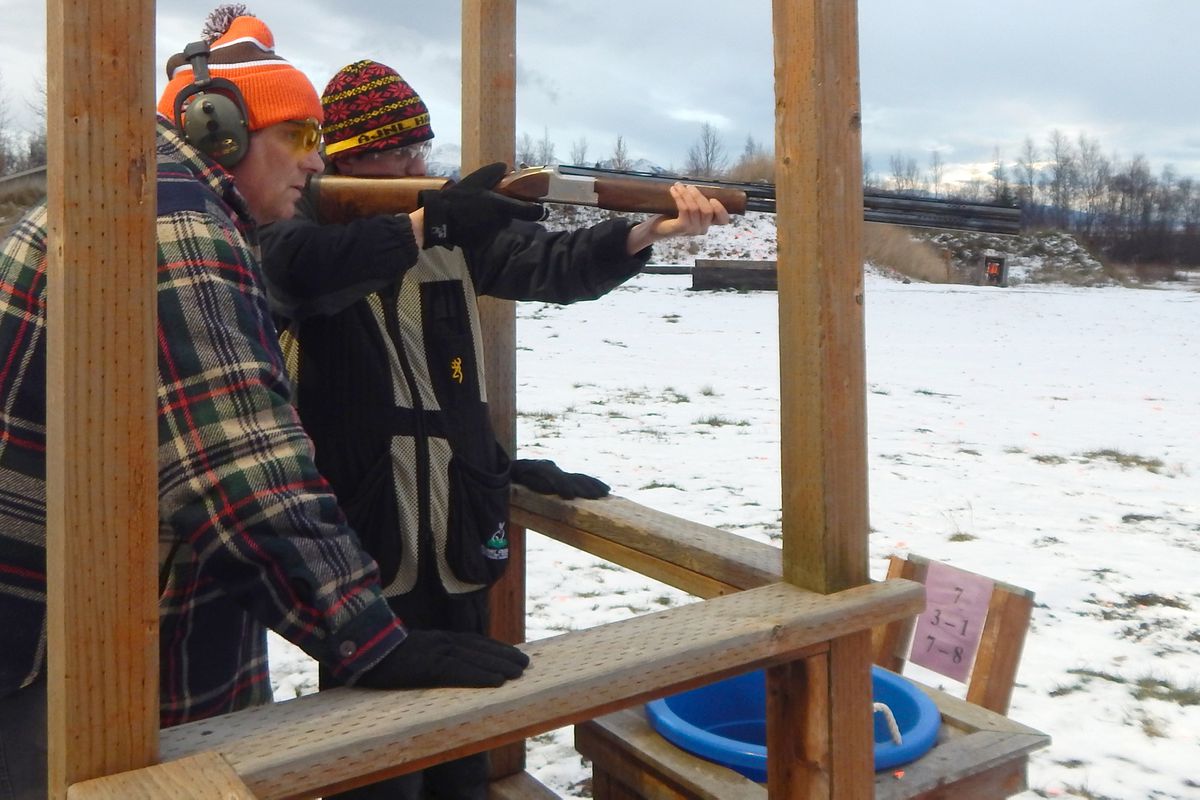 I wasn't too sure what to expect as I drove through the gates of Rabbit Creek Shooting Park on my way to learn more about kids and shotguns and how to combine the two with positive outcomes. It was Tuesday night, time for the weekly practice of knocking clay pigeons out of the sky.

Rabbit Creek Youth Shotgun League coach Ginamaria Smith was already there with her husband, Kyle, and the two were trying to organize kids into groups and make sure everyone had eye and ear protection and a vest for the pockets-full of shells each gun required.

"Hey guys," Ginamaria called across the room, "don't forget to check your team scores tonight before you go home, but let's get ready to shoot!"

The kids scrambled to grab gloves and hats and headed to the storage room, where 12- and 20-gauge shotguns lined the walls. Everyone picked a gun, making sure each was unloaded and fit well into the groove of the shoulder, and then headed to the shooting fields that look out across the grasses lining Cook Inlet just west of Potter Marsh.

It wasn't long before calls of "Pull!" were followed by the sound of clay targets and shells meeting in midair.

I'm not an avid shooting sports fan. I simply didn't grow up with guns in my suburban childhood, so I know precious little in the ways of weaponry. I had called Ginamaria to learn more because I live in and love Alaska, and guns are part of it.

The Rabbit Creek youth program has been around since 1999, when Department of Fish and Game employees received grant funding to encourage and increase
hunter safety education and access to shooting sports in Southcentral Alaska.

Longtime coach Kirk Lingofelt was at the practice and recalled somewhat ruefully those early days.

"We had four kids interested, and we'd pack them all in a pickup truck and drive out to Birchwood (shooting range)," he said. "We all learned a lot and the program grew fast."

Today, youth leagues are spread out across the state, with 18 teams in all, Smith said.

"We get together for competitions every year and it's really fun to see our kids do well," she said. "A few have gone on to college teams, too."

But that's not a major focus. It's more about gun safety, building skills and finding a community, and in talking with the kids and their parents, it seems as if the cohesion among participants is a favorite aspect of the program.

Rayelyn Rosenberg, 15, is in her first season with the league and said she likes the camaraderie.

"Most of us are new," the Service High sophomore said. "I have friends who have done the league, and they told me how fun it was. I decided to find out."

Rosenberg's dad, Dan, said the combination of hanging out with friends and trying a new sport has benefitted his daughter.

"We've tried a lot of activities," he said, "and I think she has found her thing. It's been great to see her confidence increase as she grows in the sport."

Rosenberg is a sometimes hunter and hopes Rayelyn will want to join him, but that's not a major focus, he said.

"I just want her to enjoy what she does well," he said.

There's a glorious mix of ages in the league, and it doesn't seem to matter. Kids must be between 10 and 15, and they interact well together, working as a team and offering support on the good and not-so-good days at practice, Smith said.

Some kids found out about the league through Youth Outdoor Days, offered each June by Fish & Game; some are homeschooled and use the league as physical education credits.

Others were drawn in by buddies who took the hunter safety course and were intrigued. All participants must complete the course to be part of the league.

Whatever the age, they seemed older, focusing intently on their aim and always, always respecting the steel shotguns cradled in their arms.

Coaches stand just behind them, whispering instructions and providing reinforcement for the trickier releases.

Fingers curl around triggers, eyes track the pigeons' paths and bodies jerk back with the recoil of every shot. It's empowering to watch, and I can't help but think there's not much these kids can't tackle in the future.

Smith smiled when I mentioned this.

"That's what we want to develop," she said. "Not just competent shooters, but kids who are confident in themselves and their skills for a lifetime."

Shooting sports can be lifetime activities, and several kids mentioned they have gone hunting with parents or grandparents since joining the league. All of them said they want to continue shooting beyond their junior status.

The next league begins Feb. 26. All last for 10 weeks, and seven weeks into the fall league most of the kids were able to shatter at least a few targets, with some scoring point after point.

Parents watched from the clubhouse, setting out cupcakes and pizza for an impromptu party after practice.

"Oh, nice shot!" said one mom. "Dead center on that one!" exclaimed a dad.

The vibe was warm, comfortable and free of the pressures many sports place on kids. Everyone was there to do their best, have fun and pick up a few things to help the growing-up process.

The smiles were just a bonus.

Erin Kirkland is author of the Alaska On the Go guidebook series and publishes the website AKontheGO.com.

An earlier version of this story incorrectly identified the team member receiving instruction in the lead photo. Ryan Padgett is the shooter.