First rule of shooting: Hold a shotgun like you mean it 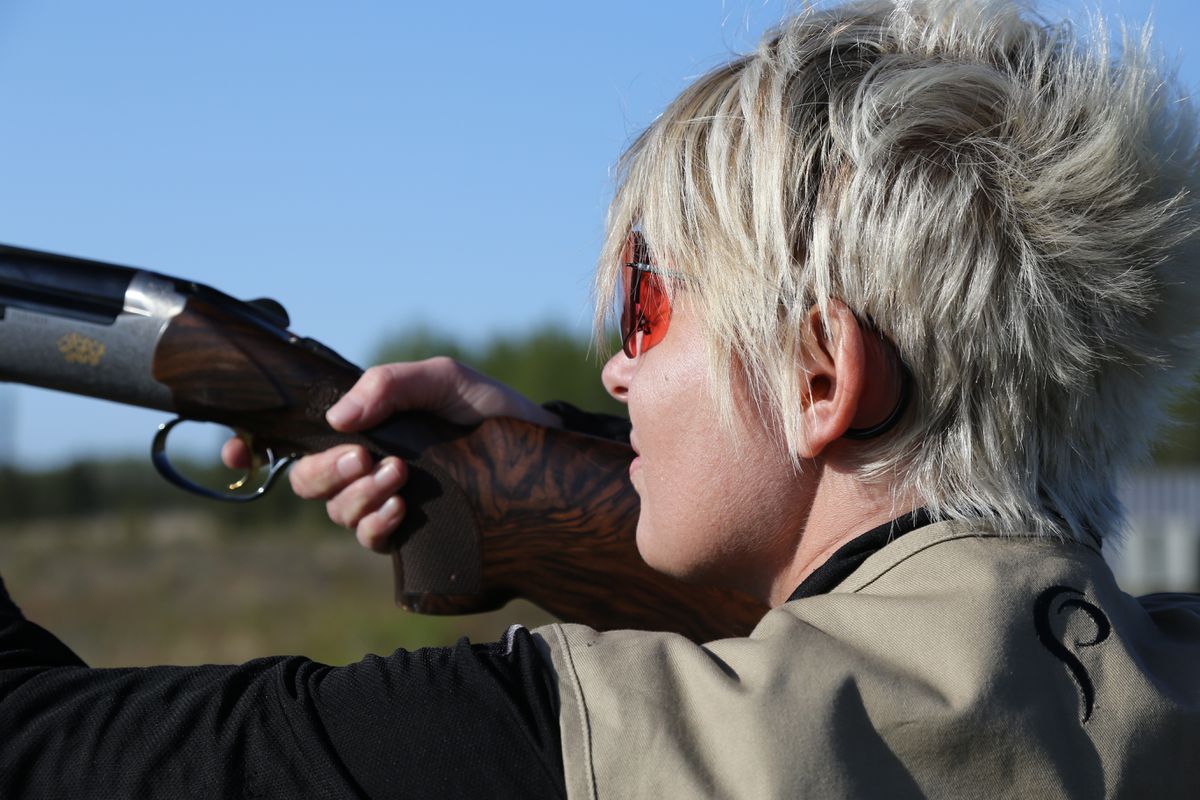 A shotgun was the first firearm handed to me with the expectation that I would know what to do with it. I held it the same way I held the first infant given to me — speculatively and about a foot away from my body.

My qualifications to hold a gun or a baby were minimal and unverified, and my behavior communicated self-doubt. The baby looked at me with scrutiny as I held her as securely as possible in my outstretched arms.

Likewise, when handed a shotgun, I held it out awkwardly in my upward facing palms like a single piece of firewood. What I lacked in familiarity I made up for in grip.

"That's not how you hold a baby," my sister had said.

"That's not how you hold a gun," Steve had said.

How am I supposed to know? While humans may be born with the instinct to nurture or learn basic social skills, if you aren't calm and confident, I thought, it's not safe to hold a baby or a firearm.

My first day on the shotgun range at the Snowshoe Gun Club in Kenai more than a decade ago, I handed the shotgun back to Steve.

"You have to hold it like you mean it," he said.

What, for instance, do I mean by holding a gun, I wondered. Then it occurred to me. I mean to shoot it.

That is its purpose. Now, we were getting somewhere. I noted the way he held the gun secure across the front of his body by the pistol grip and forend. With a minimum amount of movement, he mounted the gun. That seemed quick, I thought.

He handed the shotgun back to me.

This time I held it tighter, my right hand around the pistol grip with my index finger extended along the receiver and my left hand on the forend. My grip was so tight my fingertips were white. When I mounted the gun, I swung it out in front of me and then back into my shoulder pocket. Then I scrunched up my shoulders and sunk my neck down and to the right.

"Too many moves," he said. I lowered the shotgun and handed it back to him.

"What does 'too many moves' mean?" I asked. "It's a little too Mr. Miyagi for me to understand."

He demonstrated mounting the shotgun again. His head did not move as he brought the gun up. His eyes stayed focused down range while mine had glanced down and back up with the movement of the gun.

When it came time for me to shoot clay targets, it further challenged my confidence. It was frustrating to watch each biodegradable orange clay crash into the ground one after another as I missed 25 straight.

When I finally hit one, it felt like luck. I broke open the shotgun and looked back at Steve for approval. He had missed the momentous occasion.

It was hardly encouraging. How do people ever get started in the shooting sports? How does an adult ever overcome the difficulty of hitting a single target if he or she does not have a natural ability? The answer came to me with the breaking of that first clay.

Whatever I had done correctly, I wanted to do again.

It took more than a year of steady practice to finally hit 25 targets straight. It's not something I've done many times, but I think back on it whenever asked about gaining proficiency with a shotgun. There are ways to improve and tips for how to hold the front hand — the position of the hand and the amount of tension.

For two years I read a shotgun magazine to learn as much as possible. Some advice contradicted other advice. Some things are choices — like pointing the index finger. Some are forbidden -— like blocking the view of the rib with the thumb.

But what I noticed was the consistently good shooters held their guns with a certain style that balanced control with delicacy. They made no unnecessary movement and seemed to step into the gun in a relaxed manner, yet intent on their breath and purpose. No matter how good they were, they stayed good through practice.

Last weekend, the Snowshoe Gun Club hosted its first 5 Stand shoot with help from members of the Birchwood Shooting Park, who set up the throwers and stations. As new and experienced shooters learned the rules of the new game, I realized my concerns were different now than when I started.

Now, my anxiety focused on being good rather than being safe. I made sure to have plenty of excuses ready to explain how poorly I might shoot and was grateful to hear other excuses.

My shooting was dreadful, but safe and fun.

A decade has passed since my first day on the range, but an old fear came back recently when a friend handed me a baby. "I still don't know how to hold a baby," I thought. And then I breathed and reconsidered.

I held it close with one arm and supported its head gently with the other. Somehow, I thought to myself, I had learned not to fear what I didn't yet know.

If someone asked me how to hold a baby now, the answer would be easy.

Christine Cunningham of Kenai is a lifelong Alaskan and avid hunter. On alternate weeks, she writes about Alaska hunting. Contact her at cunningham@yogaforduckhunters.com.