When a waterfowl hunter spends more on birdseed than shotgun shells 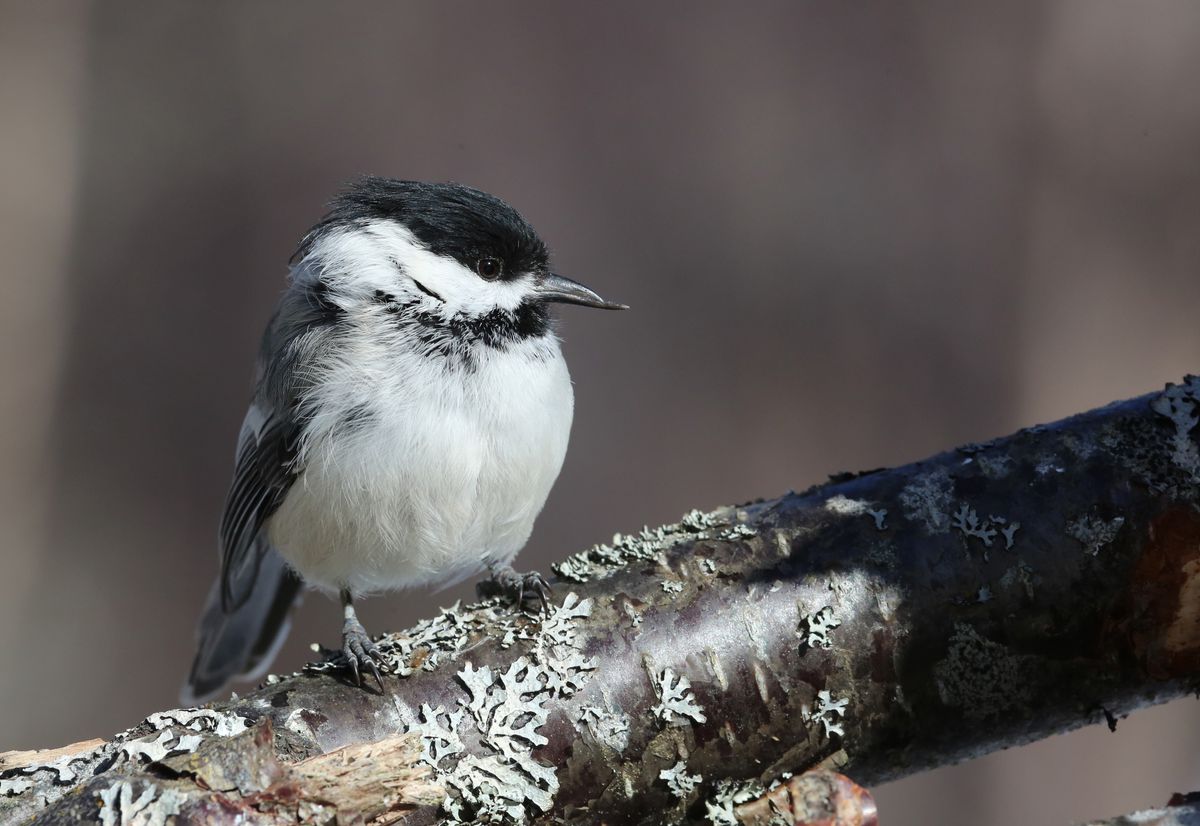 A black-capped chickadee with a pouty lower beak, not an uncommon occurrence. Photographed in Nikiski, March 2016. (Photo by Steve Meyer)

A black-capped chickadee with a pouty lower beak, not an uncommon occurrence. Photographed in Nikiski, March 2016. (Photo by Steve Meyer)

Not long ago a good friend of many years sent me a newspaper article. Not a link, a real, hold-in-your-hands-and-read clipping. That someone was so thoughtful in today's world of digital communication was quite endearing.

The article was about Alaska's contribution to the four major waterfowl flyways of North America. The handwritten note enclosed said, "I know you aren't a birder, but being a waterfowl hunter, I thought you might enjoy this."

Smiling to myself, I wrote a note of thanks and said to her, "No, I suppose I am not a birder in the pure sense of the word, but it might surprise you to find that for the last five or six years I have spent more money on birdseed than I have on shotgun shells."

Surprised for sure, she delighted in responding that that would make me a closet birder and perhaps I should just come on out.

Birds have been a source of pleasure, company, fascination and, in the case of game birds, food for as long as I can remember. When Christine and I moved to an area that was rather isolated and seemed to harbor few if any stray cats, we were delighted by the numbers of birds flitting about.

There was a place a bit away from the house, in view from the living room window and shrouded with the cover of three large birch trees. We brought in some birch brush and piled it among the trees and poured birdseed down through the cover. An instant bird feeder that wasn't a feeder.

Over the years the number of flying pigs — disguised as black-capped chickadees, red polls, nuthatches, downy woodpeckers, pine grosbeaks, sparrows and some others I have yet to confirm identification of — number in the hundreds.

The little oinkers consume 50 to 75 pounds of birdseed a month during the winter. A favorite cold-day activity is sitting near the brush pile to attempt good photos of their spastic displays of gluttony. Christine always asks if I'm going to sit with the pigs when I head out with a camera.

During the summer we throw seed around the yard and our decks. They hang with us and eat the seeds, plus about every flying insect that comes near the place. We enjoy the little buggers' company without the annoyance of wasps and mosquitoes.

So, maybe I am a birder. Although I don't keep written records of all the birds I see, I try to get photos of them all and someday may even get around to identifying them.

No matter where you are, there is a comfort that comes from the presence of birds. On a January trip south, I found myself stuck in a big airport for several hours. Too much concrete, steel and glass always depresses me. I was outside wandering around and saw a concrete bridge near a stairwell I was walking up. On a ledge tucked under the bridge was a pretty rock pigeon sitting in the nest she had built. There may have been eggs beneath her, because she seemed content and didn't move for the next two hours.

My mood brightened the instant I saw her. That there are many, if not most, hunters that share a fondness for fowl of all types may surprise people. But birds are an integral part of the outdoors, the hunter's world. And their actions communicate much more than meets the casual eye.

The health of wild bird populations is a harbinger of the general health of the environment. The annual Christmas bird count is much more than a bunch of crazy birders counting birds (oh, they are crazy, make no mistake, and their passion for birds is delightful). It provides a global base of information from the citizenry that is without compare.

Much as I love the songbirds that always provide company and the game birds we hunt, my favorite birds are the raptors. The falcons, hawks, owls and golden eagles that grace the wild country we love.

There doesn't seem to be better evidence of a healthy environment than the presence of the raptors, who make their living by hunting. The artificial numbers created by dump- and people-fed bald eagles don't count — you won't see a northern goshawk or a gyrfalcon sitting on a pole at the dump.

The survival of these apex predators is part of a chain that starts with the terrestrial vegetation that provides the basis for forage for prey species such as voles and mice. People don't think much about the health of insect populations, but their abundance is critical for the development of small birds and game birds.

Everything is connected to everything, and if a connection isn't made, things go bad. Prolific numbers of raptors in the wild means all of the connections have been made.

During a trip to the Brooks Range a few years ago, we were headed back south on the Dalton Highway. On the road in the distance there were four birds. Christine and I thought they were ptarmigan picking grit. Not so. They were four peregrine falcons. It seems safe to say these birds, who not long ago were in danger of extinction, suggest things are going well for them.

Last summer on another trip to the Brooks Range, there was a peregrine nest on a rock cliff near our camp. The female sat on the nest while the male hunted. One evening, we were watching the male flying around. He swooped down out of sight and in a moment the female took flight. Just above camp the two met in what appeared to be a midair, talon-to-talon collision. It wasn't. The male was passing prey to the female. It was one of those once-in-a-lifetime sights, the highlight of the trip.

Maybe my friend is right. I may not be a card-carrying birder, but my delicate sensibilities won't be offended if you call me one.