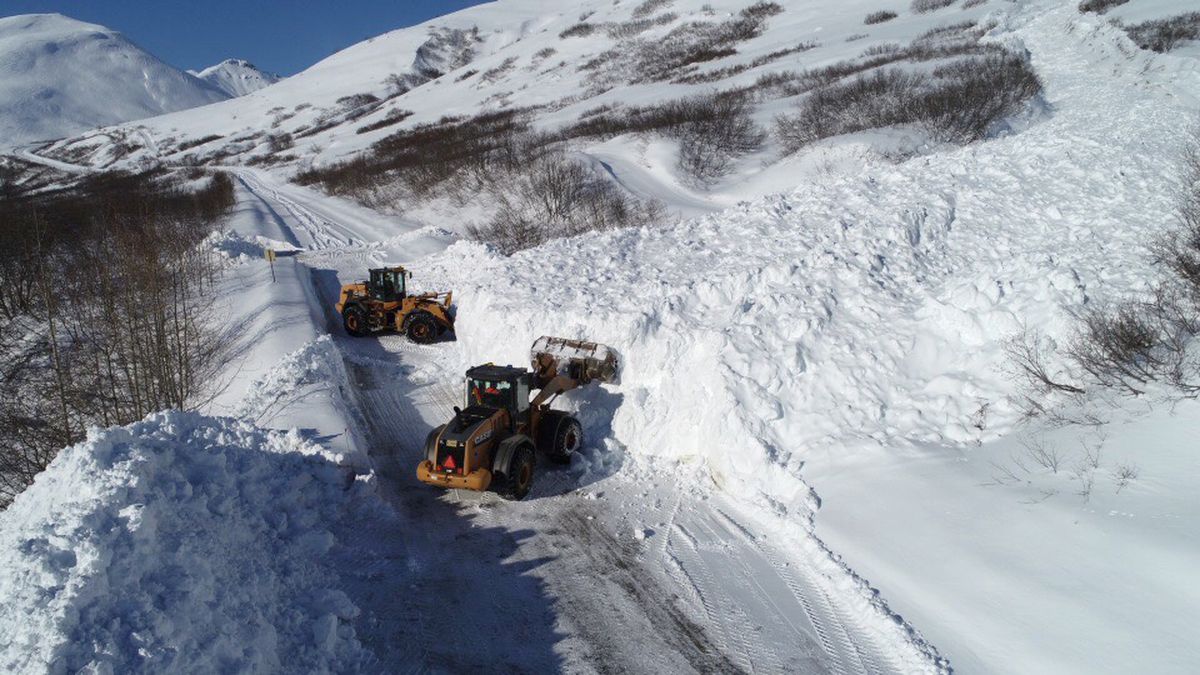 A Monday morning avalanche trapped 10 people on the wrong side of the slide, eight at Hatcher Pass Lodge and two at Gold Cord Mine above it.

The two men at the mine stayed in their cabins at the site, high above Independence Mine.

Seven guests — three Belgian skiers and four people up from Anchorage — stayed at the lodge with owner Hap Wurlitzer, who lives there.

Everybody was still at the lodge Wednesday morning despite some talk of trying to ski out Tuesday. Their vehicles are parked at the lodge's A-frame main building, which sits among scattered cabins.

"Everybody hung out in the A-frame until 10 or 11 and then they went off to their cabins," Wurlitzer said of the goings-on Tuesday evening. "Much like any other night up here."

Guests were just waiting for word of when the road would reopen, he said.

Around 6 p.m. Wednesday, Alaska Department of Transportation and Public Facilities spokeswoman Shannon McCarthy said that the road had been cleared.

On Wednesday morning, a team of DOT operators drove into the pass with two loaders, a blower and a grader, according to McCarthy.

Two large slides, each estimated at 4 to 6 feet deep and 100 feet wide, crossed the road near Archangel Road, blocking it. The road was closed at a gate just past the bridge across the Little Susitna River, about 8 miles up Palmer-Fishhook Road.

A state avalanche technician on Tuesday used sonic charges to trigger a small slide in the area of the bigger ones.

Snow conditions have settled down since Monday, McCarthy said.

The avalanche technician and a state parks representative were monitoring conditions as the work proceeded.