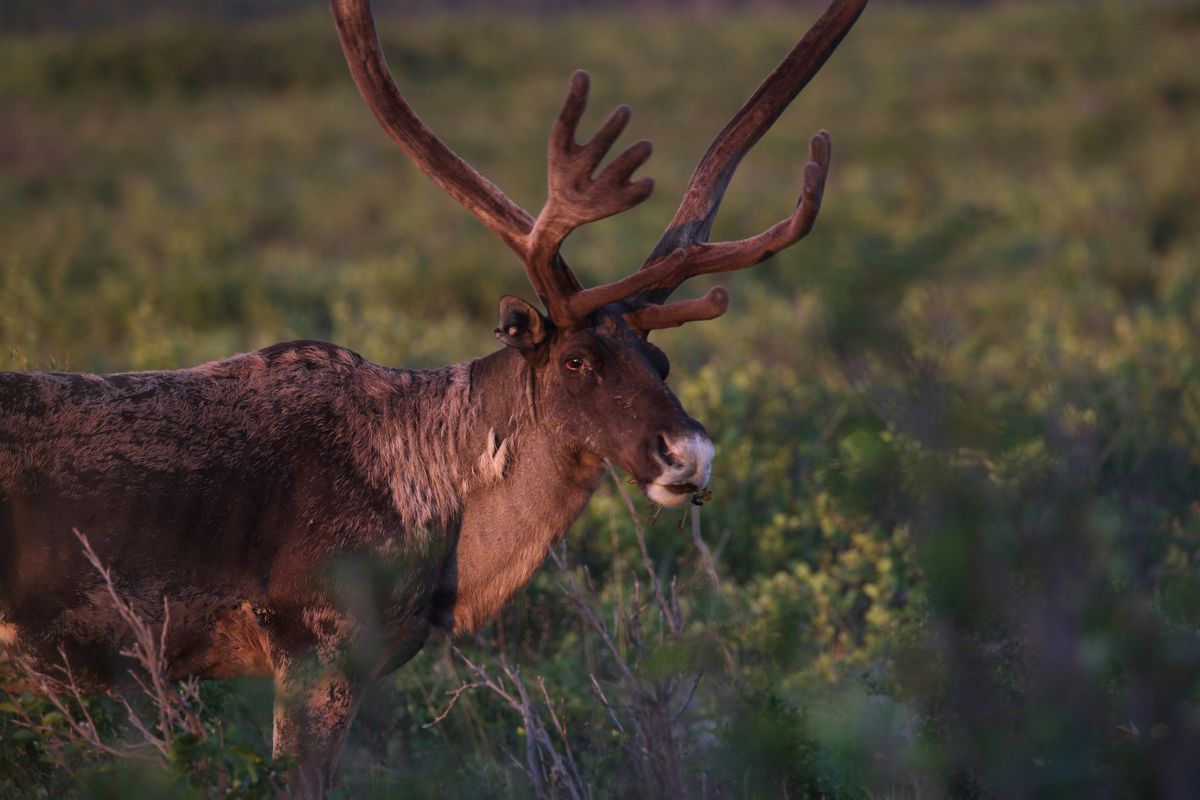 Caribou stands in the interior of Alaska in June 2017. (Photo by Steve Meyer)

Caribou stands in the interior of Alaska in June 2017. (Photo by Steve Meyer)

It was late afternoon on a sunny day in mid-August of 1979 that I drove through the quiet residential district of Soldotna. The old GMC truck I drove didn't look like much, but it had a nice throb in the exhaust from the big-block Chevy motor under the hood.

When the emergency lights flashed from the state trooper Crown Vic that had been following me for several blocks, I thought perhaps he didn't like my exhaust, or maybe I had a brake light out.

The young trooper came up to my open window and accepted the offered driver's license and registration I handed out. Per his request, I went and sat in the front of his vehicle, waiting for him to explain the stop. After talking to dispatch, he turned to me and said; "I'm going to read you your rights, but first I'm going to place you under arrest."

Several months earlier, my dad had accepted a transfer with his company, to Wyoming. He and the rest of the family would leave Alaska at the end of August, and I would remain. Since we didn't know if he would be back or when we would be able to hunt together again, we decided to squeeze in a caribou hunt before he left.

Our pilot dropped us at a small lake in the foothills of the southern Alaska Range on Aug. 9th, the day before the caribou opener. This was before the Mulchatna herd crashed and we had hopes of seeing plenty of caribou. We had never been trophy hunters, but given the herd dynamics at the time, it seemed reasonable we would have the luxury of picking out a couple of nice bulls.

But caribou being caribou, they don't always follow the script. We didn't see caribou anywhere close to the lake on the flight in. Nor did we see any when scouting the country that evening. The caribou trails rutted deep into the sub-alpine tundra, leaving little doubt the animals would come through. But would they show up during the few days we had?

It didn't really matter. There were plenty of aggressive char willing to take the small spinners we cast with the light-weight spinning gear we had brought. The sky was clear, the wind just enough to keep the bugs at bay. Nothing to be disappointed about no matter how it went.

Morning dawned crisp and cold, weather that seemed to promise success. Climbing into the surrounding hills, we glassed the country from various vantage points to no avail. Late in the day a black bear appeared a half-mile distant, ambling along, seeming to be enjoying himself. We watched him mosey out of sight, having no interest in ruining his evening. There was always the char.

The next morning was a repeat — clear, cold, a light breeze and nothing to see from camp. The previous day had revealed more caribou trails on the slopes east of camp and we headed up to glass some more. By midday it was, by Alaska standards, hot.

A lichen-covered opening in the landscape covered in scrub willow brush invited a break to strip off the outer layers that kept the morning cold at bay. We sat in the sun, ate candy bars and drank some water. We shared the comfort of listening to the outdoors, free of the noise of civilization. A nap was tempting, but we weren't nap sort of people so we would periodically glass the country while we rested.

Glassing downhill to the southwest, the tips of the antlers appeared at the bottom of my field of view and in a moment, the binoculars were filled with an out-of-focus bull caribou. As I dropped the glasses to my chest, the big bull climbed into the open, unaware of our presence, not more then 50 yards away.

"You better take him," Dad whispered. Shaking my head, I whispered back, "No, we may not see another one and I'll have plenty of other hunts."

At the crack of his .264, the big bull dropped in his tracks. It wasn't until we walked over and knelt down to stroke the soft velvet of his antlers that we realized how big he was. High, wide, lots of points and the coveted double shovels, a trophy bull by any definition.

We were about 20 minutes into dressing and quartering when a smaller bull came up the hill a hundred yards away. The crack of my own .264 ended our hunt and I was happy to have caribou meat.

As noted, we aren't trophy hunters and didn't cape the big bull for a mount, but we did remove the antlers to memorialize our hunt.

The weather held and we were back home according to schedule. Once the meat was tended to, I loaded the big antlers in my truck to take to Soldotna to show a buddy of mine.

That's the long-winded version of what found me sitting in a patrol car, about to be arrested.

I was young and didn't know much back then, but I knew that a taillight or a loud exhaust wasn't cause for arrest and I knew I hadn't done anything that would justify taking me to jail.

When the trooper said he was going to arrest me, I opened the door and while stepping out said, "No you're not."

He jumped out of his side, pointed at the antlers and stammered back at me. "Moose season is closed!"

I smiled and said, "How about you get a Fish and Wildlife trooper over here and we'll settle this real quick. That's a caribou."

I knew the Fish and Wildlife trooper who came to clear up the misunderstanding. He looked at the antlers and said, "That's a damn nice bull, where did you take him?" I told him my dad had shot it and where we were. He spoke briefly with the trooper, we all shook hands and went our separate ways.

Years later, when I entered the law enforcement world, that trooper and I became friends. I remember this with fondness, a time when law enforcement folks didn't have to worry about being shot on every traffic stop. I wouldn't recommend responding the way I did nowadays, but I'm glad to have lived in a time when that could go well.