What is a sport hunter? Words don’t always fit a person’s motivation 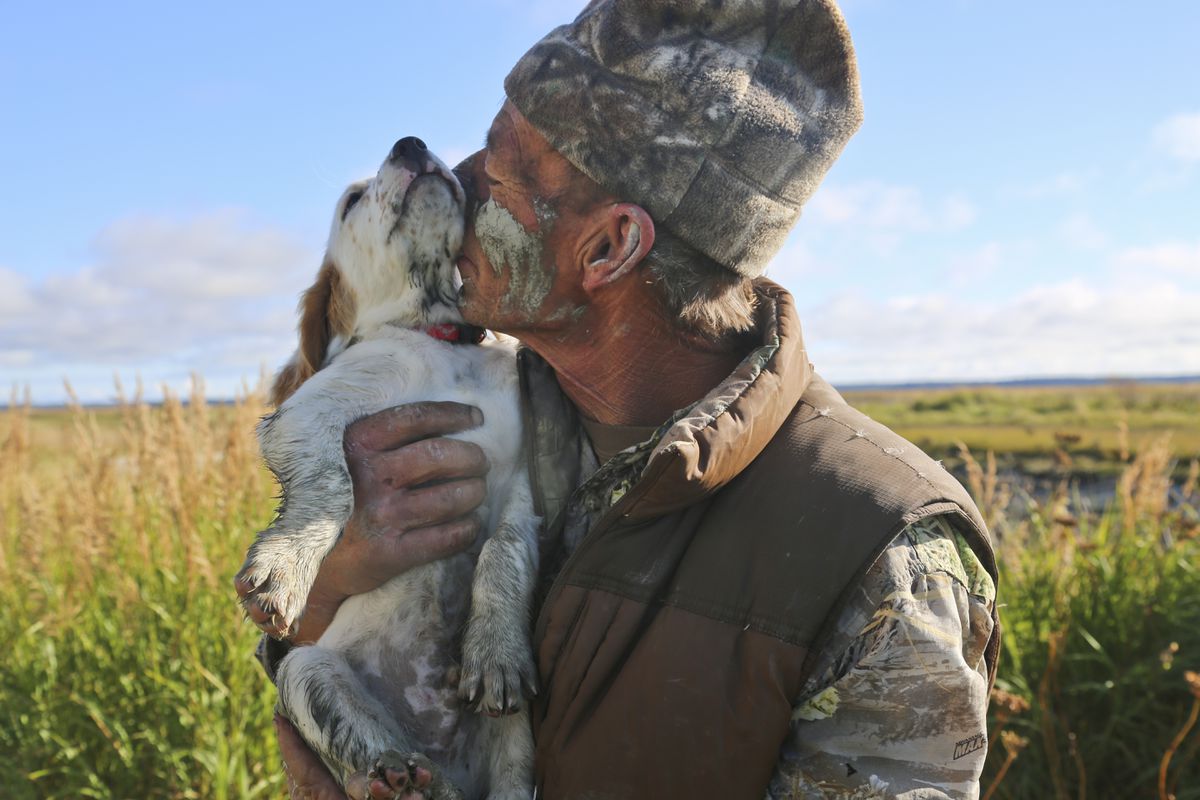 Boss, an English setter, joined Steve Meyer on a hunting trip to Redoubt Bay Flats as a puppy. (Photo by Christine Cunningham)

Boss, an English setter, joined Steve Meyer on a hunting trip to Redoubt Bay Flats as a puppy. (Photo by Christine Cunningham)

The mostly gravel road that follows the northern section of Alaska's 800-mile-long oil pipeline is officially named the Dalton Highway, although to call it a highway rather than the Haul Road is somewhat like the difference between calling a particular stream a creek or a crick.

Steve, who was raised on a farm in North Dakota, explained the difference between the two terms for a small water flow as determined by cattle, which could change a creek "where native brook trout make their living" into a crick "where cows and ducks do their business."

I was raised in Alaska and had not heard of either. I called them streams and thought the difference was as unimportant as "tomayto" vs. "tomahto."

The name of the road didn't make a difference to me, but I follow the disputes about other place names and landscape words — like what to call Denali or Utqiagvik.

It bothered me the first time I saw the clipping of rainbow trout to "bow" and caribou to "boo" in text. Outdoor vocabularies seem caught somewhere between honoring traditions by conveying a sense of place through diverse language and advancing as a monoculture to a dictionary of emojis.

The terminology used by those who communicate about hunting often leads to misunderstanding. It is not a matter of taste as much as a failure to come to terms with what certain words mean both in and out of context.

To hunters, "sport" hunting is defined more by what it is not and is inaccurate in describing what it is. When the word gained popularity in the United States, it was meant to differentiate hunters who did not earn an income from their hunting activity from market hunters, who decimated the waterfowl, buffalo and passenger pigeon populations for profit.

In recent times, the term differentiates this same "regular" hunter from other types of hunting — subsistence hunting or government management programs. But it gives the misleading impression that hunters are killing animals "just for fun."

This typing of hunters betrays the fact that the motivation of individual hunters can be the same or different despite the type. It includes multiple reasons — obtaining meat to survive or for a ceremonial meal, participating in nature, sharing in a tradition, or escaping from the alienating qualities of a life spent inside an office, house and car.

Hunters justify hunting in terms of their positive contribution to game management and conservation funding. But it isn't why they hunt. And those who don't hunt sometimes judge hunters for the "psychotic" urge to kill an animal that cannot be justified by science or economics. To call hunting sport and recreation doesn't help the lawful hunter who pursues a path that is honest and in accordance with his or her own ethics.

I follow food writer Millie Diamond, who shares her experience raising pigs for food on Instagram. Her account, piglet2plate, is an often uncomfortable yet authentic portrayal of a meat eater's desire to value the life of an animal that will become food as an alternative to eating meat from slaughterhouses. I didn't grow up farming or hunting, and I imagine it would be more difficult for me to kill an animal I raised than one living in the wild.

It's all difficult — life on this planet, whether we are disconnected from the pain and suffering of wild creatures or involved in it. Eating is one of life's great joys, and hunting includes a variety of motivations. To call it sport or recreation, to call a hunter an athlete or mentor, to call an animal a harvest or a trophy — it is all a borrowing of words that don't quite fit.

Reading hunting literature, I find hunters divide each other into types based on motivations as much as they are lumped together in what they do: Fair Chase vs. Subsistence; the Western Mountain Man vs. the Eastern Aristocrat Sportsman; the Honest Serious Poacher vs. the Gentleman Hunter; Appreciative-oriented vs. Achievement-oriented; Plastic Hunting vs. Real Hunting; Backcountry vs. Road Hunter; Market Hunter vs. Wilderness Warrior; Urban vs. Rural; Hunters vs. Shooters. And so on.

In truth, hunting is particular to an individual in place and time. I remember meeting another hunter and questioning whether or not I liked him very much. He wasn't much of a conversationalist. But after spending a day in the field with him and the dogs hunting birds, I learned what kind of hunter he was.

At the end of a long day, four of us and our dogs got back to the vehicles. One guy immediately opened a soda and guzzled it and then ate a candy bar while his dog panted under the tailgate. Not this other guy, who carefully went over his dog and inspected her paws, eyes and ears. He brushed the burrs from her fur and poured her a clean dish of water. When she settled into the back seat of his truck, he took care of his birds, then cleaned his gun and put it away. Only then did he take a drink and have a bite to eat.

I would call him the kind of hunter who took care of his dog first — a bird hunter. And, I'd like to be the kind of hunter whose actions demonstrate what I believe and who has the courage to be honest and accurate about what hunting is, because the difference between words is important if it gives rise to misunderstanding.

There is much a hunter can share about her direct experience of the outdoors. It's something we may need now more than ever as we move farther away from wild environments and toward electronic backgrounds.