Dog care is back in the news, and mushers must confront the issue 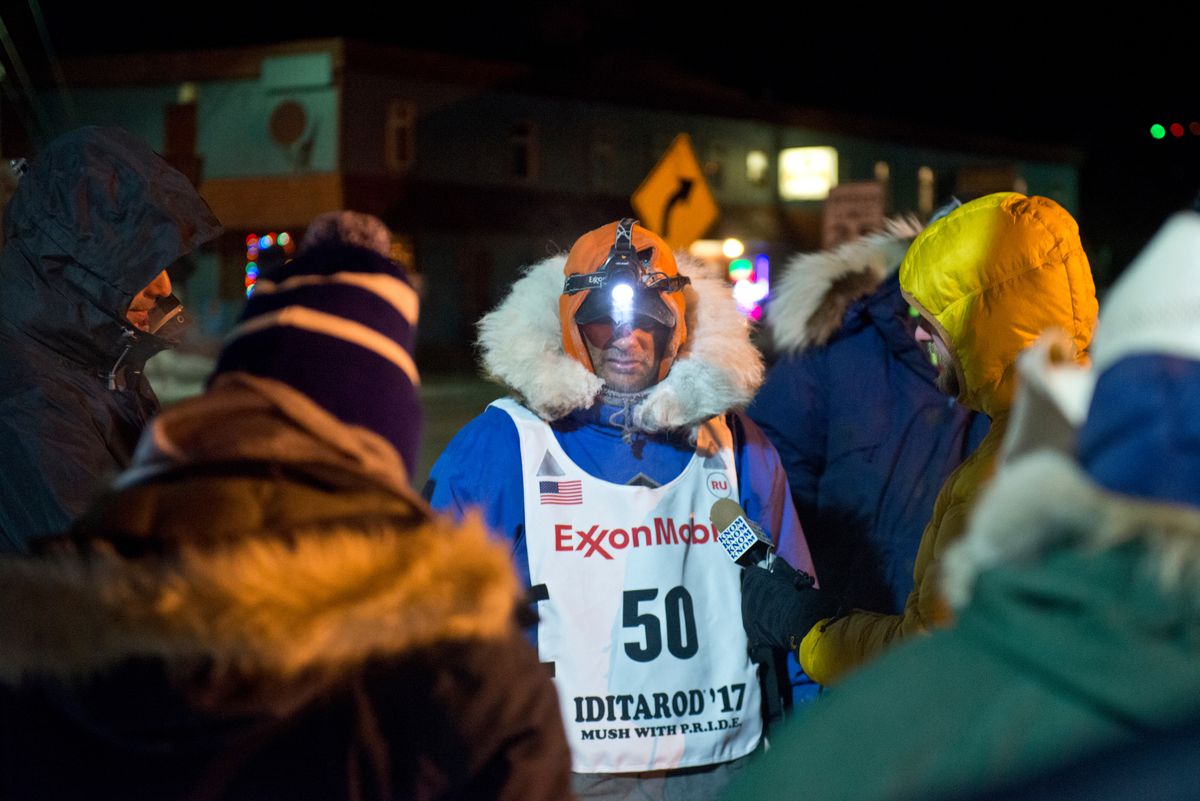 Dogs and dog care are once again front-page news in Alaska. In a place where the state sport is dog mushing, that comes as no surprise.

Long-distance musher Hugh Neff is the latest dog driver in a lengthening list of competitive mushers in the news for some sort of alleged dog abuse. Neff is accused of dog neglect stemming from the death of his dog, Boppy, in this year's Yukon Quest. The Quest has banned Neff from the 2019 race and is also requiring him to participate in the 2020 Quest 300 before running the 1,000-mile event again.

Neff has stated he will fight the claims against him.

No matter the outcome of the situation, the death of Boppy has raised more serious questions as to the state of sled dog care in Alaska and elsewhere. Misinformation and lack of public knowledge cloud the issue.

Every dog owner thinks that he knows best, not just for his animal, but for his neighbor's dog as well. The sled dog kennel owner is no exception. "Don't tell me how to take care of my dogs!" he will say. But unless the industry cleans itself up, "someone" is going to tell him.

Sled dog racing organizations like the Iditarod and Yukon Quest must step up. Mushers must climb off their high horse and provide some transparency to the sport — if they wish it to survive.

A big part of the issue is a lack of basic dog-care understanding within the kennel community itself. Over the past several weeks, there have been Facebook posts touting great kennel set-ups. One photo showed a beautiful line of 20 individual kennels on a concrete pad. A picture of a prison looked similar. The kennel was pretty to look at, but what did the dog think of being in a jail cell?

Another photo showed several dozen houses on a year-around wooden platform. The cleanup is easy and the dogs can't dig, so there are no holes to fill, the post said. Great — for the kennel operator. But in truth, most dogs, loose or tethered, love to dig. Before implementing change for any animal, ask if it is for the welfare of the critter or the care-giver.

[Musher Hugh Neff says he is being unfairly targeted]

Dog abuse takes many forms, and in a room with 10 dog owners, you would likely get 10 separate opinions as to what dog abuse is. Whatever each of us seems to be proper for our dogs needs to be open for discussion.

Nina Hansen, the Quest's head veterinarian, told KUAC, the public radio station in Fairbanks, that race vets failed by not pulling Boppy out of the race earlier in the race, but ultimately the care of Boppy was Neff's responsibility.

Many dog owners were confounded upon reading that whipworms were found during the necropsy of Boppy. Hansen cannot publically release the details of the necropsy unless Neff permits her to.
However, Hansen works for the veterinary department at the University of Alaska Fairbanks, which as a publically funded institute has a responsibility to the veterinary community to communicate anything that may constitute a public animal health issue.

A chief veterinarian in any dog race must recognize and take the opportunity to educate the public about any health concern that may impact the general dog population. This would be the perfect time for the UAF veterinary department to discuss an effective worming program.

One thing is certain: The issue of dog care in sled dog kennels and on the trail is not going to be solved in one fell swoop. It is going to come in tiny steps with a proactive approach by all vets, mushers and those who sell dog products.

Those who are highly visible have the responsibility to step forward and begin the discussion. Yes, opinions will be dissected and critiqued. So be it. That is the only way to find a solution.

John Schandelmeier is a life-long Alaskan who lives with his family near Paxson. He is a two-time winner of the Yukon Quest.