Recent avalanches plus unpredictable conditions prompt warning: Stay out of the mountains for now 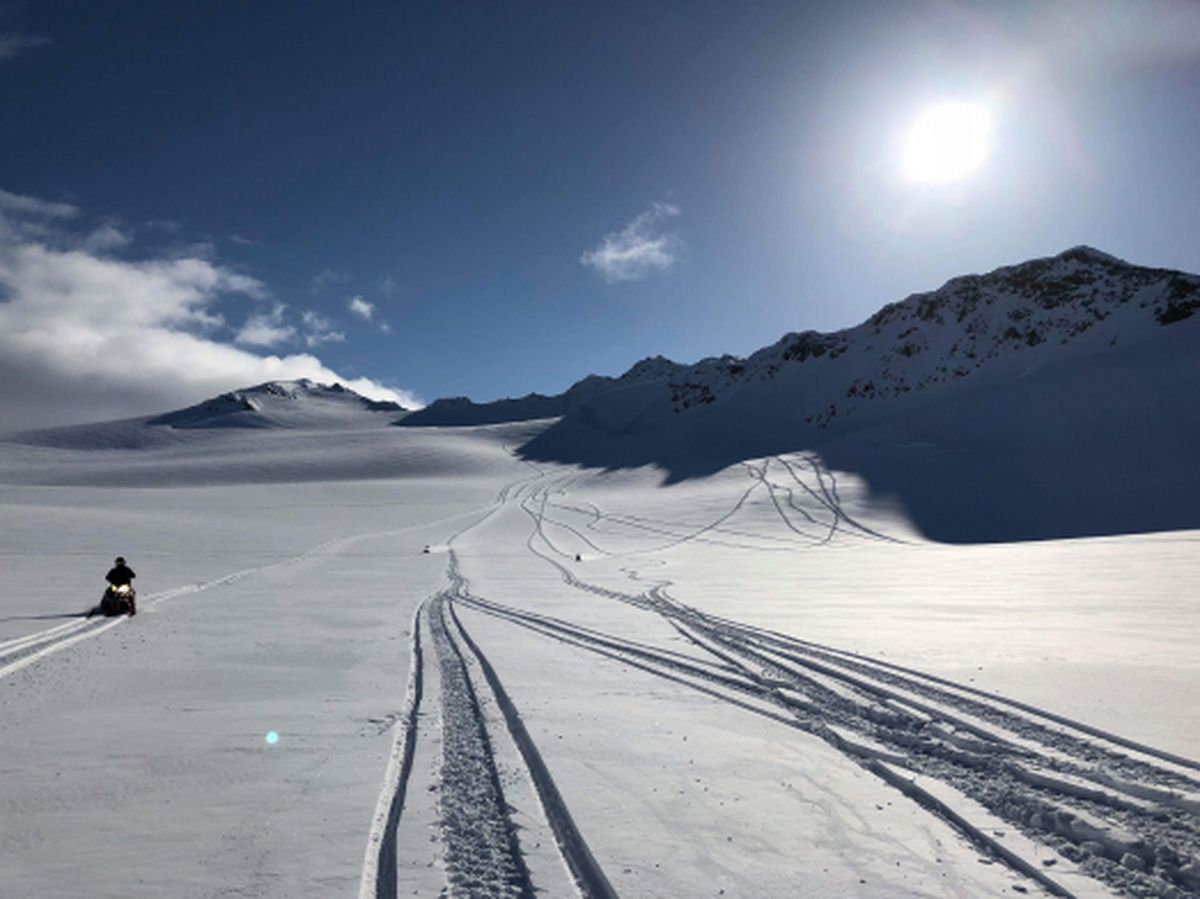 A fatal avalanche Wednesday and another near-miss the same day highlight the increasingly unpredictable condition of spring snow in the mountains.

It's so late in the season that avalanche forecasters aren't posting advisories anymore.

At least, not until recent dumps of wet snow consolidate into a less avalanche-prone layer.

"Really, this is a good time to go bowling. It's just not a good time to be in the mountains," said Debra McGhan, executive director of the Alaska Avalanche Information Center. "Things are just not holding together well and it's pretty dangerous."

A snowmachiner in Hatcher Pass on Wednesday barely missed getting caught by an avalanche on the Willow side of that popular winter destination.

The avalanche was captured on video by Rob Conrad, waiting with other riders below.

Avalanche in Hatcher Pass yesterday! A near miss by only seconds.. this happened because of multiple groups riding the same zone. We had people playing in the bowl below and unknown to us a rider from the other group decided to go above everyone and broke off a piece of the cornice above all of us! The hang fire hit the slope and caused a massive slide.. if it had gone off 30 seconds later it could have possibly taken down two people in our group! Remember it can happen quick out there.. Keep your head on a swivel ANYTIME your on a slope, going up or down! Be safe out there it's Extremely Dangerous right now! AND be considerate when riding around OTHER people! Don't ride above people and don't park in run out Zones! Tag friends for Avalanche Awareness - #LessonLearned

Cary Shiflea was climbing an established route up out of a bowl on his snowmachine when another snowmachiner on a ridge above caused a cornice to collapse and sent a wave of snow toward Shiflea, he said Friday.

The 31-year-old owner of the Alaska eBike Store in Anchorage didn't see the action above him.

Instead, he said, a crack opened below his sled, so he powered up and away from it. He glimpsed the much larger slide only when he turned to survey the situation.

Shiflea managed to descend safely along the side of the avalanche.

"We all got really lucky because it could have been a much worse situation with multiple groups in a zone and a lot of snow moving," he said.

The avalanche was triggered by Christman and two other snowmachiners, according to a preliminary report from the Chugach National Forest Avalanche Information Center.

[Snowmachiner dead after group gets caught in avalanche near Whittier]

The group riding on Blackstone Glacier caused the slide from below, and then they were buried in what's known as a "terrain trap" — a gully that funneled the wave of released snow onto them with no easy way out, the report states.

It wasn't yet clear whether the group rode into the gully and triggered the avalanche or the slide swept them into it, center forecaster Wendy Wagner said Friday.

The center's report describes a 1,000-foot-long avalanche large enough to bury a car or destroy a small building.

One rider was partly covered by the slide. Another deployed an avalanche airbag — they inflate to prevent burial — and came to rest on the surface.

Christman was fully buried — except for one hand breaking the surface — and killed, according to the report. His friends dug him out, established an airway and began CPR within five minutes of the avalanche.

Their group included four riders, but several other snowmachiners in the area responded within 15 to 30 minutes, the center found.

It wasn't immediately clear how much equipment or avalanche training the group had.

A final report on the avalanche should be out within a week.

Forecasters around the region warned riders and skiers to steer clear of avalanche terrain over the weekend.

"Hey Valdez — we are about to experience a massive influx of moisture in the next 24-48 hours," the Valdez Avalanche Center posted on Facebook on Thursday. "If you decide to recreate on the first blue day after this storm, or find a quick sucker hole during the storm PLEASE be extremely cautious."

Thompson Pass got about 26 inches of snow from Friday through Saturday morning, said Kyle Van Peursem, a meteorologist at the National Weather Service office in Anchorage. The forecast there called for another foot of snow on Saturday, tapering off Saturday night. Valdez got anywhere between 10 and 18 inches of snow, he said.

Light snow showers were forecast for Sunday in Thompson Pass, with a rain and snow mix forecast for Valdez, Van Peursem said.

"The avalanche conditions are going to be pretty high right now," he said. "Avalanche danger through the next couple days, I'd say. It's highest right after the storm — during and after the storm."

Generally, spring skiing brings challenges in avalanche safety that are different from winter, when the highest risk tends to come right after storms.

The big red flags now, Wagner said, are right after a storm but also whenever it's raining or the day gets warm.

"The reason springtime is so hard is because in the winter it's really focused on storms and right after storms," she said. "But in the springtime, you can have clear-sky days but then the warming of the sun can destabilize slopes."

Conrad, who shot the Hatcher Pass video, said dozens of avalanches happened in the area within a few days, many of the larger ones on northwest-facing aspects but some on south-facing aspects as well.

"(T)hese areas are ticking time bombs and it's safer for most people to avoid the terrain altogether or stick to the trails," Conrad said in a message Friday.