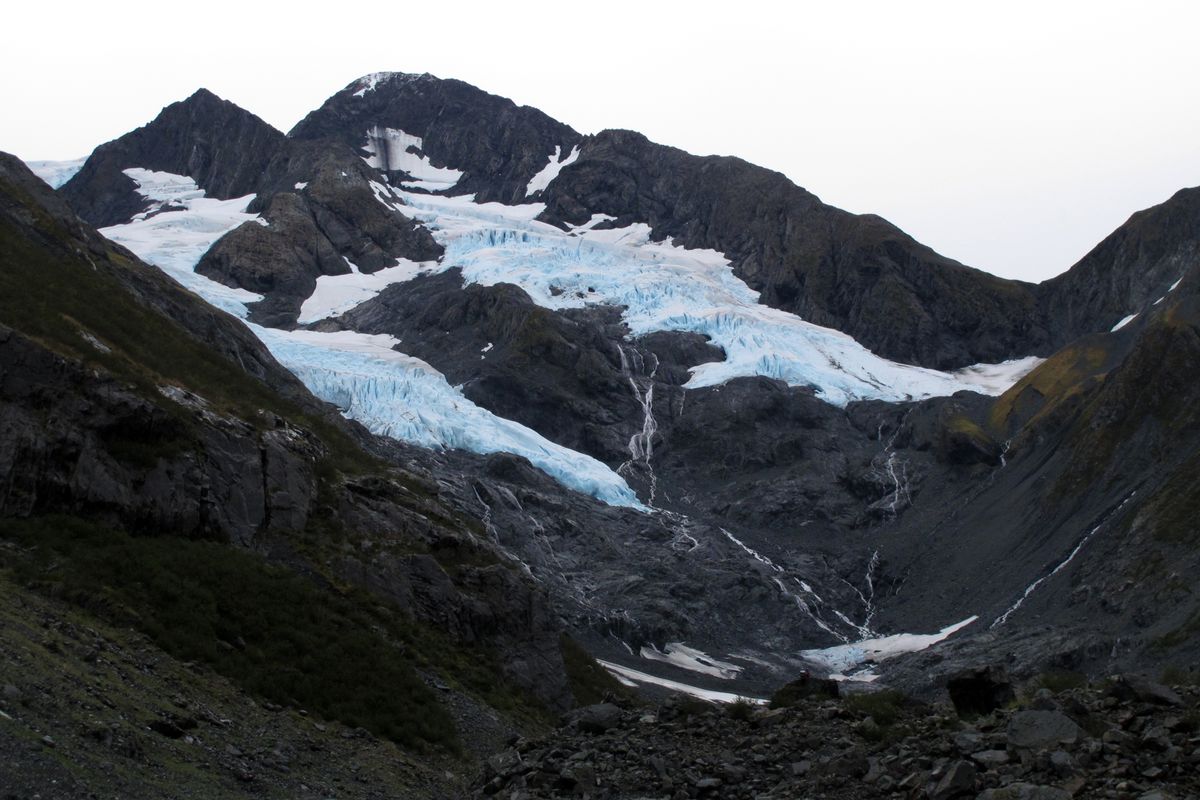 A 32-year-old Minnesota woman died and two people, including a small boy, were injured Wednesday when a snow "ceiling" at the foot of a glacier in Portage Valley collapsed on them, Alaska State Troopers said.

Brittany Katherine Boegel was trapped under snow that fell from a "hollowed-out compressed snow mass which resembled a snow cave," troopers said in a Wednesday alert.

"Bystanders and family members were able to free Boegel from the ice and began CPR and lifesaving efforts," troopers said.

A 6-year-old boy and an adult male, whose names were not released, suffered minor injuries in the collapse at Byron Glacier, about 40 miles southeast of Anchorage. "Multiple people" had walked under the snow ceiling, troopers said.

Troopers and U.S. Forest Service officers were dispatched to the scene just after 1 p.m. and were followed by LifeMed helicopter and Girdwood Fire Department crews.

Alicia King, a spokeswoman with Chugach National Forest, said there's a warning sign at the end of a maintained trail that stops short of Byron Glacier, offering a safe viewing point. The sign recommends that people not go farther. It also warns of hazards at the glacier, such as falling snow or ice.

But Anchorage resident Leydy Anderson said the sign should be more prominently displayed. Sometimes people don't see it, she said.

Leydy said she and her family were hiking nearby when the accident happened. She said her husband administered CPR to Boegel.