Long-range shooting is fun, but is it the way you should hunt? 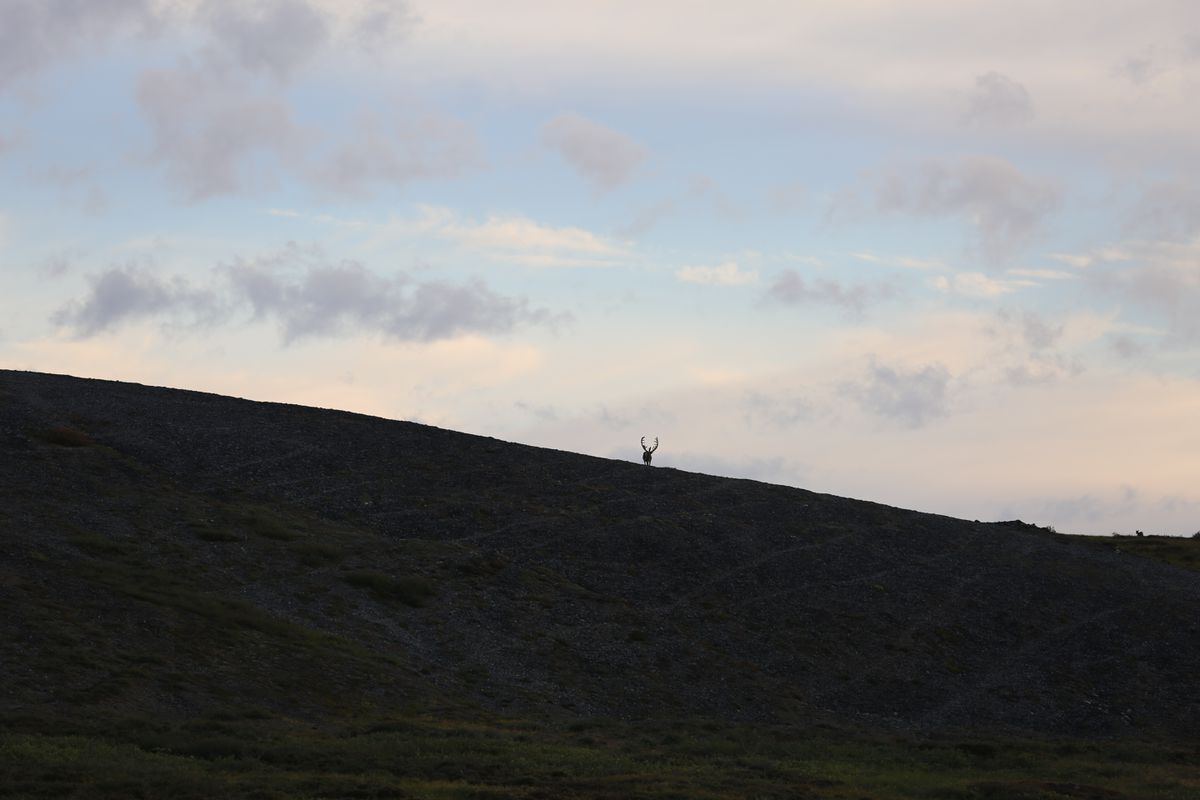 A caribou bull stands in the Brooks Range in August 2015. (Photo by Steve Meyer)

A caribou bull stands in the Brooks Range in August 2015. (Photo by Steve Meyer)

As the story unfolded, the hunter arrived in Alaska and was met by the guide who would take him into one of Alaska's mountain ranges in pursuit of Dall sheep, perhaps the most coveted big game animal in North America.

They headed to a rifle range to check the rifle for any discrepancies occurring in transit. Standard procedure for the circumstances. Until they started shooting at 700 yards.

My first thought upon reading this was, if I had contracted a guide (which I never have) to take me big-game hunting and we were shooting at 700 yards, I would wonder what I had gotten myself into.

Further reading suggested the hunt was more about proving out the latest, greatest, long-range cartridge/rifle/scope combination. A sales pitch that, after missing one sheep at 550 yards the day before, culminated with the hunter killing his sheep on the last day at, you guessed it, 700 yards.

Long-range rifle shooting is fun. Spending time on the range shooting at distances from 600 to 1,200 yards is a great way to learn about a rifle/cartridge/scope combination and your own capabilities as a shooter.

With technological developments in equipment, long-range has grown in popularity in the shooting world. What was once limited to specialized equipment, employed by a handful of outstanding shooters, is now available to most anyone with decent modern equipment.

Regular hits on a 9-inch paper plate (representing the vitals of most big-game animals) past 600 yards, on a known range, with wind flags set up, is routine and rewarding for good shooters. But does long range shooting translate to the hunting arena?

It can, as evidenced by the stories that promote it. But it seems, at least in my opinion, and one shared by most hunters I talk with, that it shouldn't.

Alaska's alpine and sub-alpine country, along with the plains of low-land tundra, offers prolific opportunity to shoot at sheep, caribou, bears and moose at 500 yards and beyond.

But that country comes without the advantages of a rifle range. A known distance, over land with consistent wind patterns detected by wind flags, is an entirely different matter than shooting across terrain where wind may change direction and velocity along the course of the bullet's flight.

Never mind that no field position is going to be as solid as the bench on the range. The excitement of the moment coupled with driving wind or rain, glaring sun or low light is simply not the same as shooting on the range. On the range, a near miss only injures pride. A near miss in the field may mean a wounded animal that suffers and may not be recovered.

As a sheep hunter who knows a lot of Alaska sheep hunters, I don't know any willing to take a chance of wounding a sheep. These are the guys who hunt sheep because they love the country, love and respect the sheep and come home empty-handed as often or more than not.

They aren't shooting at extreme distances. Seeing a sheep 700 yards away that looks like it may be legal means the animal warrants a much closer look to be sure, not a shot to find out.

It's no secret that I am a proponent of the hot, fast, flat shooting cartridges of the .25-.30 caliber range (which was not what the 700-yard sheep was taken with), those driving bullets from 120 grains to 180 grains around 3,300 feet per second. But not to shoot animals at extreme range. If the rifle is accurate, and the shooter's skill commensurate with that accuracy, they make one-shot instant kills out to 300 to 400 yards a real option.

I have rifles that ballistically are far superior to the cartridges being sold as long-range killers these days. I've also had numerous opportunities to shoot big game at those 600 to 700 yard distances. But after years of long-range shooting on target ranges and seeing the pitfalls common to that environment, when those opportunities occur, I pass. It just doesn't feel right.

To shoot at any game animal, there must be absolute confidence in what you are shooting at and that with the press of the trigger the animal will die as close to instantaneously as possible.

In the field, with all of the variables that come with Alaska weather and terrain, it is a rare circumstance when that happens beyond 250 to 300 yards.

Some years back, and I forget where it was I saw it, but a poll was taken of Alaska hunters and how far they shot their game. The overwhelming majority was less than 200 yards, regardless of the species.

Seems that's why we call it hunting, not shooting.

With that, here is a thought to consider:

We don't shoot grizzly bears at long range. It isn't a law, it is an accepted part of hunting culture. The reason is, of course, the danger in wounding one, and the dangers in following up a wounded bear.

It seems to me, that same logic could apply to all game. Not because following up a wounded sheep or caribou is dangerous, or that if lost, the wounded animal would later hurt someone. Rather because the right thing is to be sure, to not cause the suffering of an animal.

With perhaps some rare exceptions, the extreme range shot is the "Hail Mary" of the hunting world — the last-ditch pass thrown in desperation, except the consequences might mean a wounded and lost animal.

I would speculate that most hunters would rather that not become a part of our hunting culture.