When you take the classroom outdoors, the ‘stupid chickens’ become good teachers 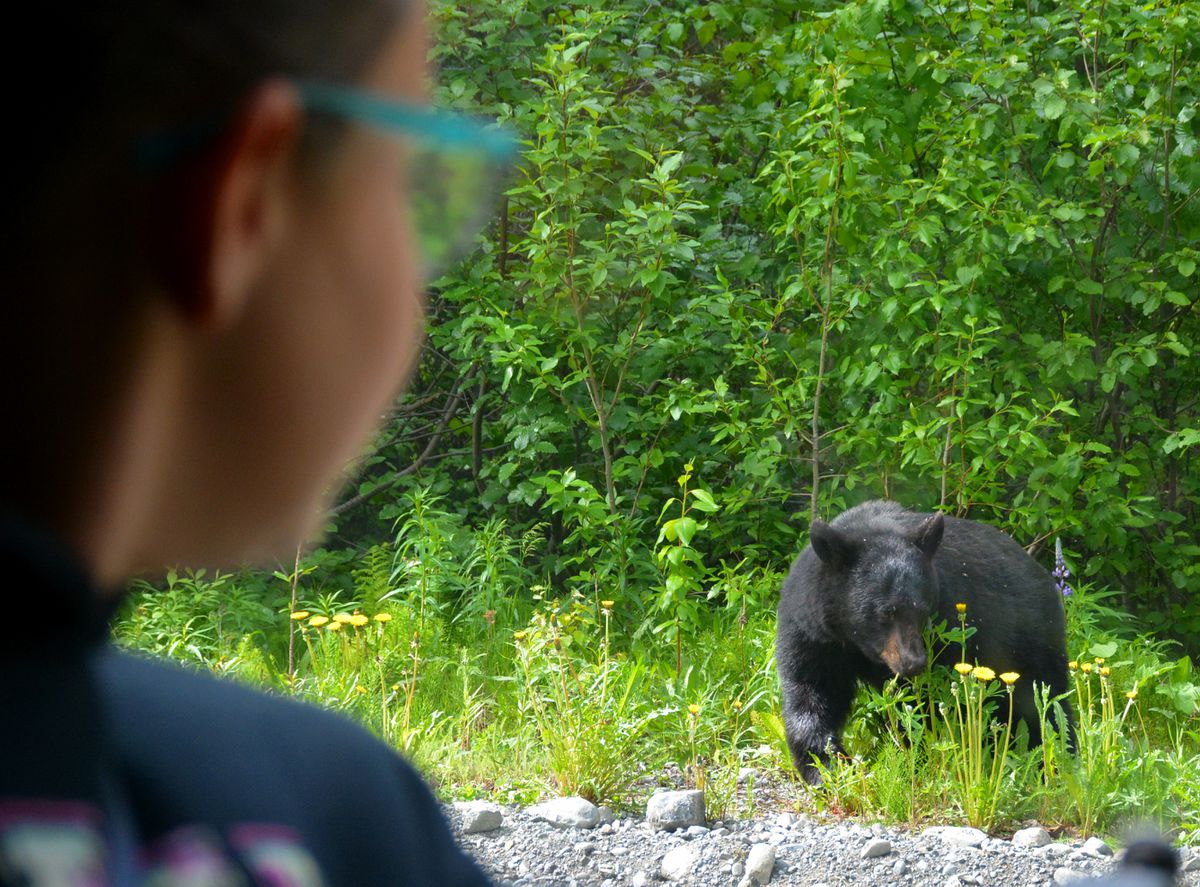 Perched on a bough along the trail, the spruce hen did what spruce hens do best. She remained stone-still, allowing her cryptic camouflage to blend in with the mottled sunlight pecking through the canopy, making her nearly indistinguishable from her boreal surroundings.

Thirteen children passed by without noticing the plump bird, face-level to them and less than an arm's length away.

"Who's the stupid chicken now?" I cackled from the rear of our line, once I was sure the last kid had overlooked it.

Thirteen little faces turned and stared at me in bewilderment, still not detecting the forest fowl. I slowly raised an arm and pointed. The hen began clucking softly, realizing I had betrayed her, and making it even easier for the children to finally spot her.

Every one of them was as equally astonished with seeing a wild species close up as with the fact that they had passed right by a grouse hiding in plain sight.

I didn't design this lesson. It presented itself, and it couldn't have been better for teaching the kids — including some who are fond of calling spruce grouse "stupid chickens" — that the bird's stillness is not a sign of stupidity, but a brilliant form of predator avoidance refined by eons of evolution.

Lessons like these are why, as camp director for the Kenai Watershed Forum's "Wilderness, Wildlife, and Wonder" summer camp, I chose to have the kids in the field all five days of the week, and in the Kenai National Wildlife Refuge as many of those days as possible.

I believe nature is the best venue for teaching kids about flora and fauna. Not only because some experiences can't be cloned in a classroom, but mostly because there is a profound difference in learning about the natural world versus learning from it.

We could surely sit idly in a room all day reading books about bugs, downloading videos about spawning salmon and watching informative television programs about tree types.

Instead I let the children witness, firsthand, a caterpillar ravaging the edge of an alder leaf, or a swelling school of sockeye as it becomes clearly visible in the aquamarine waters of the Kenai River, or discovering for themselves the sound of a wind softly sighing through a stand of quaking aspens.

Of all the memorable wildlife encounters we've had, the most indelible to the children seem to be when we meet up with bears. To date, in six weeks of camp we have seen an astounding 23 bears: 21 blacks and two browns.

On the drive out of Soldotna, at least a few of the kids admit they have never seen a live bruin outside a zoo. As I go over the likelihood and safety protocols of seeing a wild bear, many of the kids express their anxiety at this possibility.

To them, bears are beasts of their nightmares. What little they know of them comes from secondhand stories of maulings and defense-of-life shootings or from seeing behemoth bruins taxidermically mounted into action poses with teeth and claws aggressively displayed.

When I pull the camp van adjacent to a bear peacefully grazing on dandelions sprouting from sun-soaked patches along the road's edge, the children are wholly mystified when they see how small the bear is, serene in nature, and more scared by us than we are of him.

As I turn off the engine, I hear the clack of seatbelts unbuckling and then silence as the children press their noses and palms against the windows to get a better view. They watch the bear with wonder. They notice every detail: the thick pads of its paws, the flaring nostrils of its wet nose, the whooshing inhales as its snout  hovers over each bright yellow flower, the sound of stems snapping as they're cropped, and the reverberation of loud lip smacks as the bruin masticates mouthfuls of blooms.

These kinds of experiences cannot be replicated in a classroom. They are as unequivocal as they are ephemeral. In those fleeting moments the kids aren't just safely studying a wild bear's movements, they're learning a bit about its biology, pondering its place in the ecosystem and rethinking its relationship to us humans. Perhaps most importantly they're burning into their brain what for many will be a life-long memory.

As an educator what more could I strive for? Teaching, especially about science and the outdoors, isn't just providing facts and figures. My goal is to instill a reverence for nature that could enrich the rest of their lives.

As British biologist Thomas Huxley once wrote "To a person uninstructed in natural history, his country or seaside stroll is a walk through a gallery filled with wonderful works of art, nine-tenths of which have their faces turned toward the wall."

Joseph Robertia is a freelance writer living in Kasilof. His first book, "Life with Forty Dogs," won several awards in 2017 including "Best Rescue/Adoption Book" by the Dog Writer's Association of America.