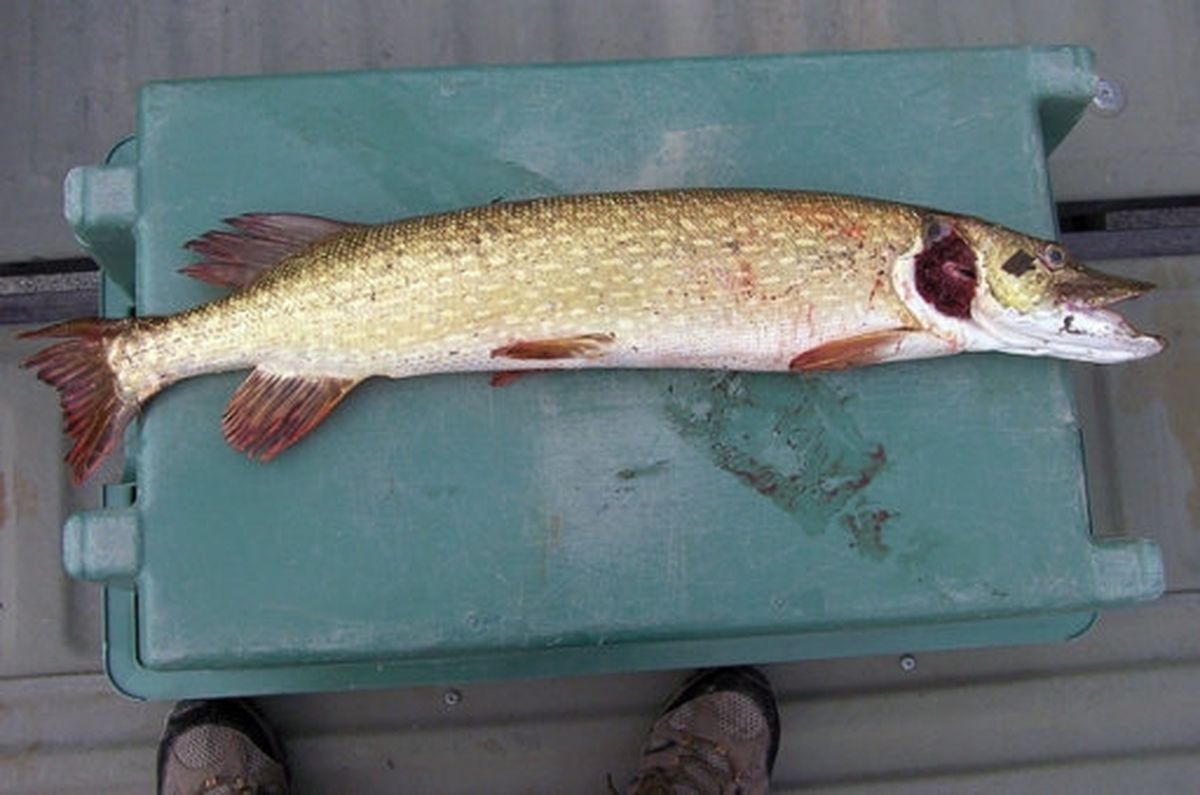 Time is running out for the last pike on the Kenai Peninsula.

The Alaska Department of Fish and Game is planning to apply the fish-killing chemical rotenone to eight lakes in the Tote Road area from Oct. 8 to 12. If successful, the effort will eradicate the final known populations of invasive northern pike on the Peninsula.

"This application will provide a safe, cost efficient and permanent solution to remove pike from these waters," according to a department statement Wednesday.

According to the department, pike — which are not native to Southcentral Alaska — are thought to have arrived on the Peninsula through illegal stocking in the 1970s. The voracious predators eventually took up residence in a number of lakes in the central Kenai Peninsula, including the Mackey Lakes, Scout Lake, Stomy Lake and the so-called "Tote Road Pike Lakes" (TRPL), a scattering of tiny lakes just west of the Sterling Highway about 5 miles south of Soldotna.

The Tote Road population is believed to be isolated and does not present a direct threat to salmon or trout populations because the lakes are not connected to any anadromous streams and the only known native fish are threespine sticklebacks, according to an environmental assessment posted online.

But that doesn't mean the pike are a good thing.

"TRPL northern pike do pose a very serious indirect threat to other wild Kenai Peninsula fisheries because these northern pike can be a source for illegal introductions elsewhere," reads the assessment, which notes the Kenai River is just 5 miles north of the area.

Derived from the roots of tropical plants, rotenone works by "inhibiting oxygen transfer needed for cellular respiration" and is absorbed through the gills, according to the department. The treatment has been used effectively to treat other pike-infested areas of the Peninsula, including Soldotna Creek, Scout Lake near Sterling, Stormy Lake near Nikiski and Arc Lake south of Soldotna. Other recent rotenone projects have taken place at Sand and Cheney lakes in Anchorage.

The chemical kills all fish in a lake but is generally considered harmless to plants and most other wildlife. The department said it prefers to apply the chemical in the fall to minimize harm to insects and tadpoles (which can be affected) as well as increase the length of time the chemical has to work, since it degrades rapidly in the heat.

If successful, the department said, it will restock the Tote Road lakes in 2019 with sticklebacks and trout to replace the recreational pike fishery that has emerged in the area.

Biologists plan to post signs in the area warning residents that the chemical is being applied to the lakes. Access to the lakes will be prohibited during the application process, the department said.