The Yukon Quest starts in Whitehorse on Saturday. Here’s what to know. 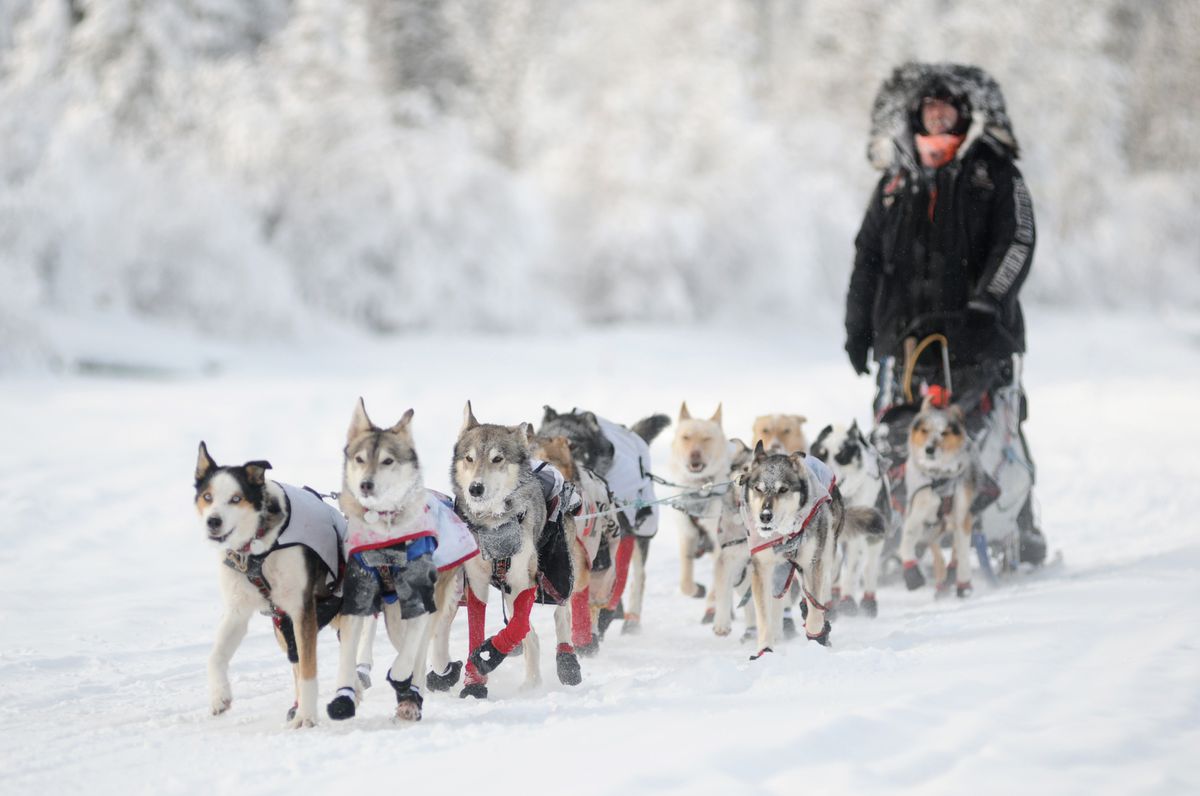 Thirty mushers and their sled dog teams are set to leave the starting line in downtown Whitehorse, Yukon, on Saturday morning for the annual Yukon Quest International Sled Dog Race.

The race — known for long stretches of trail through remote wilderness and bitter cold weather — starts at 10 a.m. AST. Teams will travel across the Alaska-Canada border to the finish line in Fairbanks.

“It’s 1,000 miles of basically wilderness,” said Marti Steury, Yukon Quest executive director for the Alaska side of the race. “There’s no way that you’re not going to run into Mother Nature’s obstacles in that amount of space.”

Before the race kicks off Saturday morning, here are a few things to know:

— Trail change: Race organizers have cut a 77-mile portion of the 1,000-mile trail this year because there’s not enough snow. Mushers can leave the starting line with a team of eight to 14 dogs. They’ll run about 100 miles to Braeburn Lodge, the first checkpoint. From there, they’ll load their dogs into trucks and drive the Klondike Highway to Carmacks, the next checkpoint.

Teams have 12 hours, plus their start differentials, from the time they check into Braeburn to the time they can leave Carmacks, so it won’t matter how fast they make the drive between the checkpoints. In Carmacks, mushers can add any remaining dogs to their teams — but they can have no more than 14 total.

A similar reroute happened the first year of the Quest, in 1984, Steury said. Since then, she said, race organizers have rerouted the trail more years than not.

(Here’s a map of the trail. The trail alternates directions each year.)

Sass and Hall have each notched one Quest victory. Moore has won the race three times and Gatt has won it four times. Gatt hasn’t competed in the Quest since 2010, his fourth victory. If he wins this year, he’ll set a new record: No musher has won the Quest five times.

There are 18 veterans and 12 rookies competing this year. The rookies’ ages range from 78-year-old Jim Lanier of Chugiak to 21-year-old Martin Apayauq Reitan of Kaktovik.

— Across the border: The Quest has nine checkpoints, just less than half the number in the 1,000-mile Iditarod Trail Sled Dog Race, which starts in early March. That means there’s more camping along the Quest trail.

As for the Quest’s border crossing? The race organization puts together a list of all personnel, including mushers, who are planning to cross the border and sends it ahead of time to U.S. Customs and Border Protection and the Canada Border Services Agency, Steury said. A U.S. Border agent will fly to Eagle, the first race checkpoint in Alaska, and check passports and dogs’ health certificates, she said.

— How to watch: The Quest is planning to livestream Saturday’s start on its Facebook page. You can also go online and track mushers as they head down the trail. The link for that website will be posted on yukonquest.com Saturday, organizers said

Also on Saturday in Whitehorse, the Yukon Quest 300 Sled Dog Race will start at 2 p.m. It’s a 200-mile competition this year after organizers eliminated 100 miles because of poor trail conditions in parts of the Yukon. There are 13 teams signed up to compete, including Two Rivers musher Aliy Zirkle.