Saying 'hunters pay for conservation’ is true, to a point 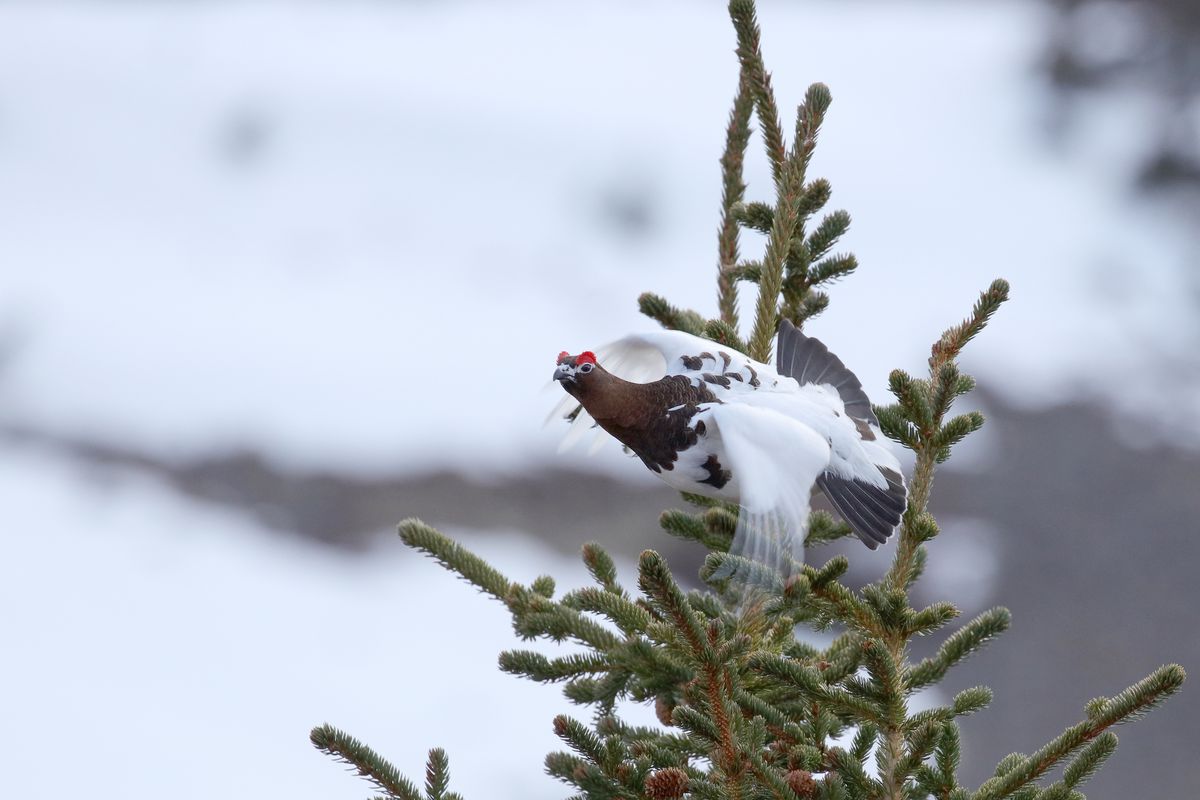 It was a weekend in January of 1967 when I first heard the term “Pittman-Robertson.” The instructors for the hunter education class told the group of us, mostly 9-year-old boys, that this Pittman-Robertson thing was the reason we still had game to hunt. I don’t know why I remember it. At age 9, I was anything but a good student, but perhaps the phrase just had a nice ring to it.

It would be the early 1980s, when I became a hunter education instructor, before I took the time to learn the real significance of those two names. I expect most hunters have heard of Pittman-Robertson, and some will know what it means. The nonhunting public may have heard of it, or not.

Given the current budgetary shortfalls that Alaska and most of the US are facing, it seems like a good time to talk about what hunters mean when they say “We pay for conservation.” Even with Alaska’s rich hunting culture, the hunting population is a minority.

I’m horrible at math, and after attending my first high school algebra class, I went to the teacher and told him that my presence in class would be a waste of both of our times. Even so, I can look at the pittance Alaska hunters pay for the privilege of hunting and know the numbers don’t add up to us paying our way, and it seems a fair question for the majority of Alaskans who don’t hunt to ask if they are funding hunter activities in Alaska.

By the time of the post-depression 1930s, wildlife populations had been decimated across the American landscape. Our ancestors, who immigrated to the US, had overrun the land in the spirit of “settling” the country. The agriculture monolith was in its infancy, and thus commercial hunting fed the burgeoning population. Species were shot to extinction, and many more near so.

The concept of conservation of the land and its flora and fauna had been launched by many influential conservationists, some hunters, some not. But while the nation recovered from the Depression, there was little funding available to throw at wildlife issues.

At the time, hunting was mainstream. Influential sportsmen and women steeped in the pursuit as healthy, life-embracing recreation were prepared to put their money where their mouth was.

But it wasn’t enough, and in the simplest terms, they conceived a method of involving all hunters and shooters in the nation’s wildlife restoration efforts. An excise tax of 11% would be levied on all sales of rifles, shotguns, ammunition, archery equipment, and 10% on handguns.

In 1937, Nevada Sen. Key Pittman and Virginia Rep. Absalom Robertson sponsored the Aid in Wildlife Restoration Act of 1937. President Franklin D. Roosevelt signed the bill into law on Sept. 2, 1937. The common language for the bill in mainstream speech became the “Pittman-Robertson Act.”

The P-R Act marked a rare time in American history when the citizenry requested a tax on themselves. The tax goes into a separate fund that is administered by the US Fish and Wildlife Service. It operates on what is collected, not on deficit spending or congressional intervention.

In a nutshell, the annual intake of the P-R Act is allocated to states and US territories based on a formula that considers land mass and human population. Alaska, with its minimal human inhabitants but its enormous land mass, is second only to Texas in available funds.

State wildlife agencies develop their annual plans that include all sorts of wildlife management tasks as well as the needs for hunter education. The caveat in securing P-R funds for these plans being that the state must pay 25% of the total allocation. In other words, states don’t simply receive funding, they have to put some skin in the game, and the skin comes from hunting license revenue.

It was an ironic series of twists of fate related to P-R funding that brought the long-overdue increase in Alaska hunting license fees in 2017.

During the Obama administration, P-R funds saw unprecedented growth via escalated sales of firearms and ammunition. Some states, including Alaska, were leaving money on the table when they were unable to fund 25 percent of the funds available. The writing, it seemed, was on the wall: Either raise license fees or lose millions of dollars in P-R funds.

A fortunate change in P-R administration allowed the value of thousands of hours put in by Alaska’s volunteer hunter education efforts and volunteer game survey work to count as cash value toward the 25 percent.

In truth, without P-R funding, wildlife agencies across the country would be forced to line up at the government trough of deficit spending to operate at their current levels.

All of this is a bit reminiscent of an oil boom economy. With the change of presidential administration, firearms and ammunition sales have begun to taper off. In the face of decreasing numbers of hunters, wildlife agencies and the outdoor industry are concerned for future funding and economic consistency. That explains the massive efforts toward recruiting new hunters. Never mind that the reason many have quit hunting or won’t consider it is because available land is overcrowded. In Alaska, we sort of dodge that bullet with our vast public hunting land, but land with reasonable, economic access is just as crowded here. The future is anything but secure in terms of maintaining levels of funding currently enjoyed.

Having announced my turning 60 some months back, I imagine some will think, “What does he care, he doesn’t have to buy a license anymore.” I found it disturbing that folks were congratulating me for being eligible for the free license that Alaska provides for residents when they turn 60. I get why people take advantage of it, but personally, I cannot participate. A hunting license is an investment in the future of hunting, and I’ll continue to pay my way and then some for as long as my old carcass can follow a bird dog up a mountain, and enjoy a meal that comes from the country.