Snow geese are everywhere, and we need to do something about it 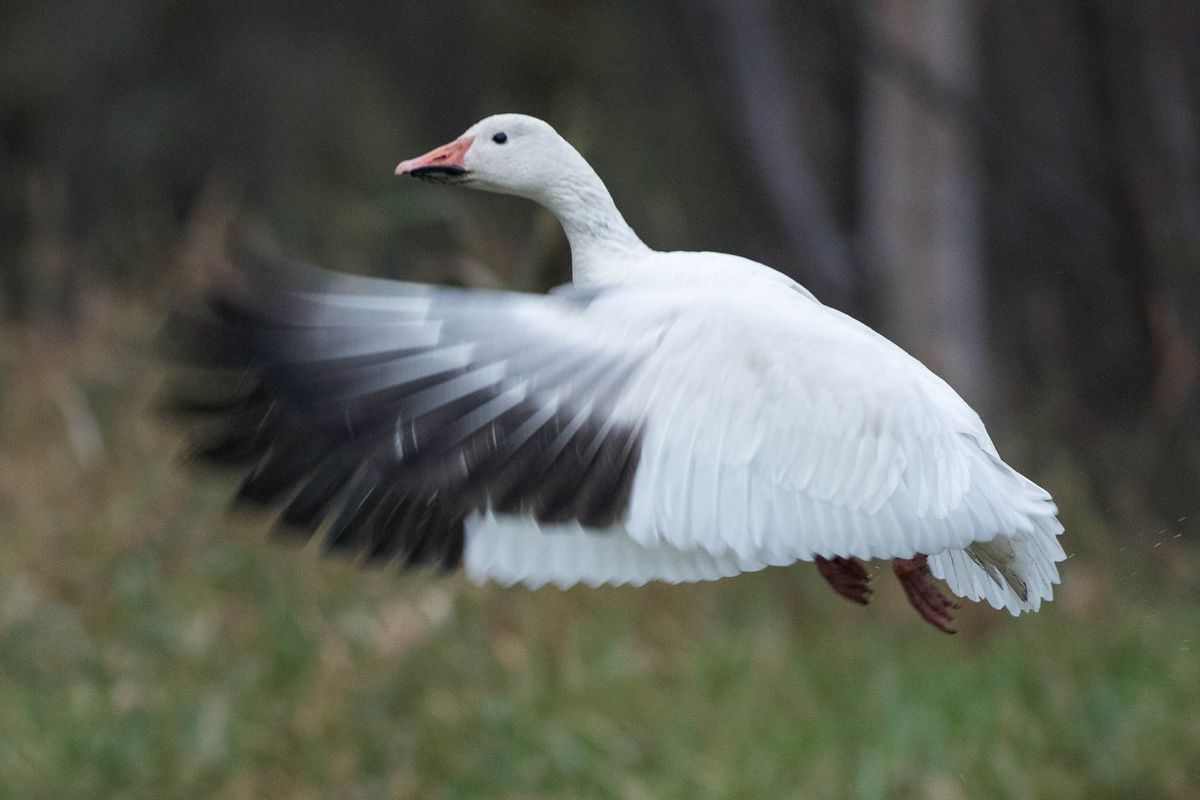 Snow geese are one of the most abundant waterfowl species, and they are increasing rapidly. By most counts the population is somewhere between five and six million, although recent banding studies and harvest data indicate that numbers may actually be double that number, according to Ducks Unlimited.

Hunting seasons have been relaxed at the federal level. Yet liberal spring seasons, unplugged shotguns and no bag limits have failed to slow the five- to eight-percent growth rate of the species.

Relatively few snow geese breed in Alaska. There are decent breeding colonies near Utqiavik and east of Kaktovik, but most breed on the islands of northern Canada. Wrangel Island, off the Siberian coast, also has a breeding population of several hundred thousand.

The birds tend to breed in colonies, which can make them vulnerable to large predators. The colony near Utqiavik has been hit by brown bears in the past few years. A significant number of the eggs were destroyed. Other nest predation is from Arctic foxes and skuas.

Adult birds have little to worry about. Eagles take a few snow geese and the occasional fox may get one, but neither of these predators take enough to impact the population.

Wildlife managers wish there were more animals that actually ate snow geese. Unrestricted hunting has tripled the annual take of geese but has not slowed the growth rate of the species relative to the total population. Traditional nesting areas have expanded threefold. Along the western edge of Hudson Bay entirely new nesting areas have been established.

The dramatic increase in snow geese has caused habitat degradation in many areas. The damage not only affects the goose but also destroys habitat of other waterfowl. The population increase is being driven by better feed sources -- increased agriculture along the flyways has provided an unending new supply of calories.

Alaska doesn’t have a problem with too many breeding snow geese, but plenty of the birds migrate through our state. Birds from the Mckenzie Delta and Banks Island in the Canadian arctic move through Alaska on their way back south. These birds spend an inordinate amount of time and effort feeding on cotton grass on the North Slope.

Southcentral hunters have some access to snow geese in the fall. There are flocks that visit the Susitna River Flats, the Palmer Hay Flats and Chickaloon Flats, but the birds don’t stay long. Snow geese are great travelers, spending almost half of the year coming and going.

Spring hunters have much better opportunities to take geese. Rural communities in Alaska are allowed spring waterfowl seasons. There are no bag limits and the season is basically from when the birds first arrive until they are actively nesting. Even after nesting, eggs can be harvested.

Yukon/Kuskokwim Delta hunters take the majority of spring geese in Alaska. Approximately 40 percent of the 300,000 spring waterfowl taken are from that area. However, snow geese are a relatively small part of the bag.

Snow geese are smart. They will flair off from anything that doesn’t look quite right. In the ’70s, spring waterfowl hunting wasn’t legal yet was a common practice in the remote coastal areas of Alaska. In 1975, I was out with some guys on the Yukon Delta when a small flock of snow geese flew directly overhead. A full volley of shots brought down a couple of the birds. My German Shepherd, Collin, retrieved them.

When we returned to camp, you would have thought we had raided a candy store based on our reception. Snow geese were a seldom-taken commodity 40 years ago. There are more that pass through the Deltas these days, but the birds are still not that easy to come by.

Spring hunters in Minnesota and the Dakotas have no limits and harvest thousands of birds but are making no real dent in the population. Habitat degradation is a real issue with no easy solution. Everything from market hunting to culling birds in breeding areas has been discussed and discarded as too controversial. For the present, more research is needed.

The easiest course of action would be to continue with the current plan and let nature take its course. However, that could lead to a catastrophic impact on habitat. The over-abundance of snow geese is a human-induced problem, caused by the increased feed supply along migration routes and in wintering areas. The responsibility for addressing the issue lies with wildlife managers and the public.